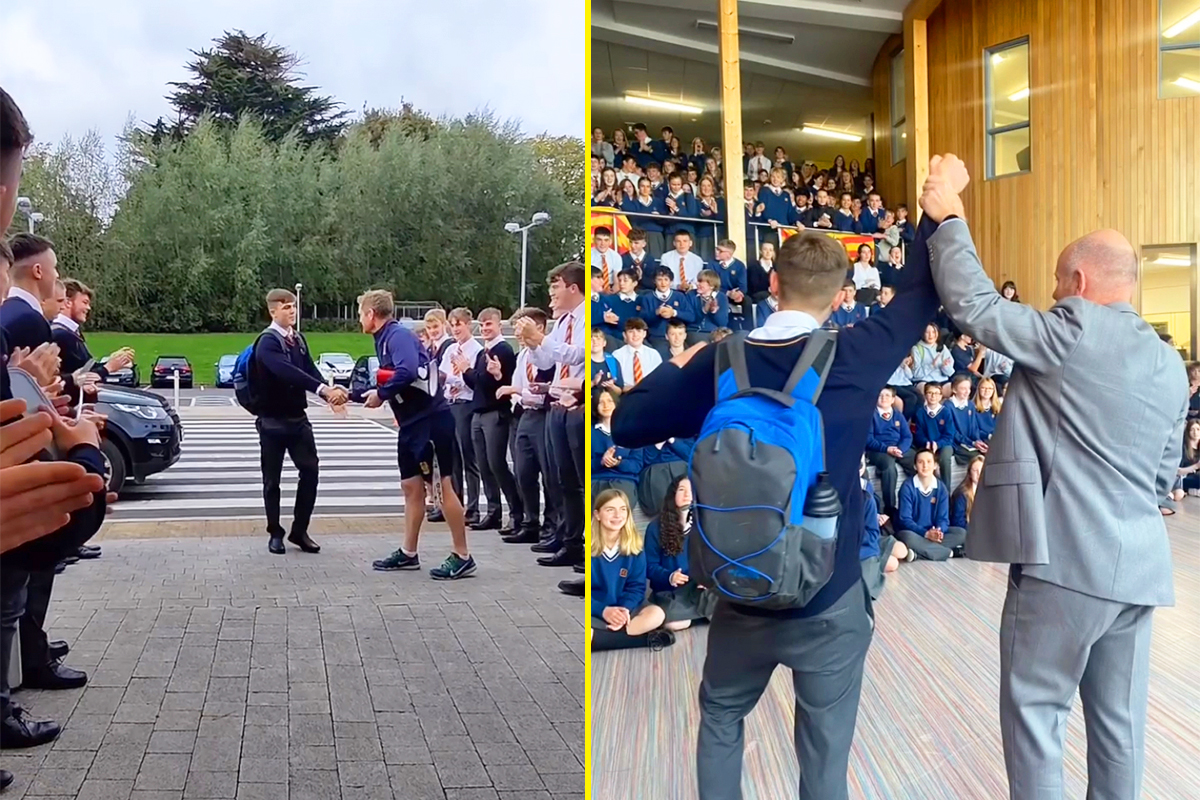 15-year-old boxer Tadhg O’Donnell was given an incredible welcome back to his school after winning a gold medal for Ireland earlier this month.

The young amateur claimed victory at the European Junior Championships in Italy as he triumphed in the 66kg final.

The 15-year-old from the Irish town of Wicklow has now returned home and gone back to his school – Temple Carrig.

When he arrived for his first day as a gold medallist, he was surprised to see a guard of honour waiting for him at the entrance.

O’Donnell’s rugby coach – and head of PE – Mark Crean organised the tribute which saw him lap up the adulation of his congratulating classmates.

“I wasn’t expecting the guard of honour at all,” he told Independent.

“My mum drove me up because I was late and didn’t say a word about the guard of honour. It was class…

“It meant everything to win European gold, I was delighted.

“The quality of boxing was high, but my training and preparation was spot on so I peaked at the right time.

“I could hear all my teammates from the crowd which was deadly.”