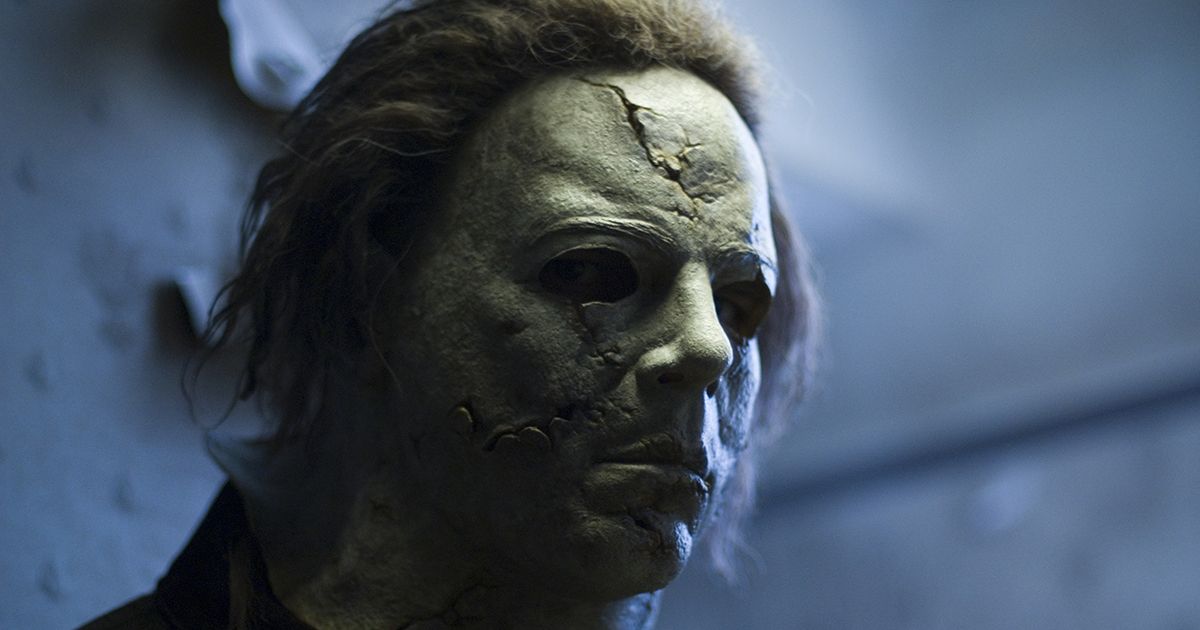 With thirteen movies in total (so far), Halloween is one of the most well-known franchises, not just within the horror genre. If you don’t know who Michael Myers is, he’s one of the most iconic slashers to date, appearing immortal since he refuses to die within the several movies he’s appeared in. The most recent Halloween movie, Halloween Ends, was released and the seemingly never-ending story between Laurie Strode and Michael Myers came to a conclusion. Deadline projected that Halloween Ends would make over 50 million dollars in its opening weekend, not counting the streams from Peacock, since it had a double release.

Rob Zombie got his hands on the Halloween movies in the mid 2000s, creating a re-telling of an already well-known story. Zombie’s Halloween got a lot of backlash for the controversial way he took the plot, keeping it mostly pure to the original, but also making it more modernized and wild. SlashFilm states that Zombie’s Halloween was in its own pocket dimension from the franchise, almost like Halloween III: Season Of the Witch.

From the very beginning of Zombie’s movie, he takes a different direction with it and begins with Michael’s damaged childhood. The audience is made aware that he doesn’t have an ideal home life. His mother’s boyfriend is verbally abusive towards him and also the rest of the family. Michael is exposed to a lot of aggression and abuse, not only at home but also at school, meaning that he never really caught a break. He has a pack of bullies that follow him around, tormenting him and saying terrible things about his mother, even if they’re true. Also, it’s interesting how Zombie aged up Michael to ten years old instead of six, which was his original age in the first Halloween movie that came out.

Zombie actually did a good job of making Michael’s childhood the way that it was, because it gave viewers the closure they needed. In order to understand why Michael acted the way he did, what he turned out to be, the psychology of it all and his home life played a massive part in it. Never getting the help he needed, not growing up in a healthy environment and constantly being abused gives us reason to put the pieces together for Michael’s life.

There’s a significant difference between Zombie’s Michael and the original slasher, and that’s the sheer size difference between the two of them. Viewers might be shocked upon watching these two Halloween films once they see how Michael looks, and how big he is in comparison to the other films. Throughout Zombie’s Halloween, Michael is described as a beast, his height and body weight giving him an advantage against his victims, as well as the people who try to take him down.

Viewers and fans of Michael Myers watch as he takes no mercy on the people he comes across, even the guard who watched him grow up in his cell. It’s added shock value when Michael doesn’t spare the guard, played by Danny Trejo, as he begs for his life and tries to remind Michael of all that he did for him. Then again, he still was a guard who kept Michael captive and locked him in chains whenever he walked around outside his cage. As much as Zombie’s take on the franchise strayed from the original, we can count on Michael staying heartless and savage.

After Donald Pleasence passed away, it was hard to imagine a new Loomis to take his place as the iconic character and doctor of Michael Myers. Rob Zombie did a great job of casting Malcolm McDowell as Loomis because of the fresh take he applied to the character. In the original Halloween movies, Pleasence’s Loomis always seemed frantic and slightly confused. He also was never really taken seriously; the sheriff and cops were always a bit slow to follow his direction and guidance, even though he worked with Michael for decades.

However, McDowell’s Loomis is more sure of himself, and it was helpful to see his relationship with young Michael. Loomis visited him every day at the institution, trying to help him remember what happened that fateful night, and to help him heal. It was also vital to see how Michael reacted when Loomis told him he wasn’t going to be his doctor anymore, viewers not getting any of that in the original. More context is always better, and this Loomis did a great job of portraying a doctor that gives up on his patient, and then reaps the consequences of someone like Myers.

In almost every single Halloween movie, there’s some type of nudity from a female character. Whether it’s a drawn-out sex scene between two minor characters, or a woman just appearing naked while being killed, it happens every single time. Rob Zombie seems to take it above and beyond, deciding to show full nudity (multiple times) while the originals usually just stick with upper chest shots. It seems not needed and overwhelming; multiple victims of Michael’s dying without their dignity. Not to mention, Zombie’s Annie is played by Danielle Harris, who also played the role of Jamie Strode in Halloween 4 and 5. So it was kind of odd seeing that she died naked, when just a few years prior she played a kid in the same franchise.

Also, the language in the movie is much more brash and inappropriate, and many slurs appear in the dialogue. Many ableist comments are made between Laurie and her friends, and the excuse of it being 2007 is old and tiring. Not only ableist comments, but also homophobic slurs are used toward Michael from his stepfather, as well as his bullies, thus furthering Michael’s aggression and hard childhood.