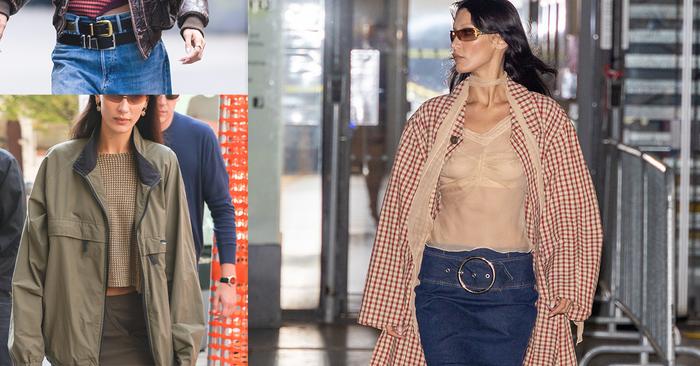 There’s no denying Bella Hadid’s influence on fashion, especially in 2022. Not only did she walk 10 shows in Paris Fashion Week alone (Balenciaga, Victoria Beckham, and Miu Miu to name a few), but anything she wears is also quick to make it to the masses. The internet has even coined the term “Bella Bots” to describe those who follow Hadid’s every sartorial move. The model revealed earlier this year that she had made the decision to go sans stylist, and it seems to have worked in her favor ever since.

Her outfits always have a touch of nostalgia, ranging from early-aughts vintage to classic ’90s-inspired pieces. She’s also not one to walk away from taking a risk, often picking the trends the majority might find polarizing like long denim jorts or ultra-cropped tops. You never know what you’re going to expect from Hadid’s next outfit, and it’s a surprise we always look forward to.

Hadid has had plenty of viral moments in 2022 like the spray-paint moment at Coperni or her humorous The Office–obsessed character in Ramy season 2, but it’s the standout trends she’s been wearing this year that have really grasped our attention. Below, you’ll find seven trends she’s inspired us to give a try. And in no way did Bella Hadid invent the trends below, but her looks certainly had an impact on those who keep up with her style. Keep scrolling to be inspired and get ready to say “So… my… name… my name is Bella Hadid.”