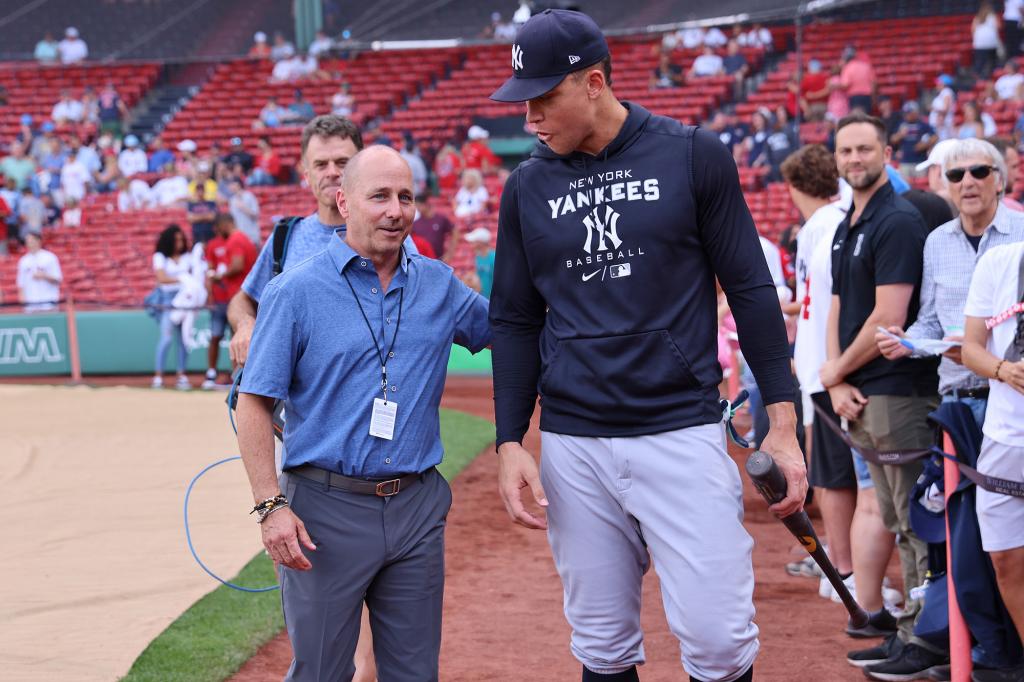 Brian Cashman called Aaron Judge’s wager on himself “an all-time best bet” after the slugger responded to turning down the Yankees’ seven-year, $213.5 million extension offer on Opening Day with one of the most prolific offensive seasons in history.

And like everyone else, the Yankees general manager knows Judge’s price tag will be considerably higher after breaking the American League and franchise home run record and leading the Yankees to an AL East title.

“There’s a pot of gold there,’’ Cashman said Sunday of Judge’s impending free agency. “It’s yet to be determined how much it weighs. … Good for him. It was already a big pot and obviously, it will be bigger.”

Cashman reiterated the Yankees’ desire to keep Judge in pinstripes, but acknowledged the outfielder will have “a lot of choices.”

“He’s put himself in an amazing position to have a lot of choices,’’ Cashman said. “We’d like to win the day on that, but it’s a discussion for another day. We said that before the season and many times during the season. Of course we’d love to have Aaron Judge back as a New York Yankee.”

Judge, the favorite to win his first AL MVP award despite Shohei Ohtani’s fantastic two-way season with the Angels, is set to hit the open market after the World Series.

“He’s a great player that bet on himself and it was an all-time best bet, the way he navigated the season,’’ Cashman said. “He always puts up huge numbers when he stays healthy and now he’s stayed healthy for a number of years. It’s a remarkable accomplishment that was very special to watch and captivated the entire baseball world.”

In addition to hitting 62 homers, Judge was in the running to win the AL Triple Crown until the final days of the season, when his batting average dipped.

Still, his pursuit of Roger Maris’ record became the biggest storyline of the last month of the season and he finally eclipsed Maris’ 61-year-old record on the second-to-last day of the season in Texas.

It remains to be seen which teams end up competing for Judge, although one of them figures to be the Giants.

Judge grew up not far from San Francisco in Linden, Calif., and was a fan of the team growing up.

On Friday, in a Zoom call following the Giants’ disappointing season, president of baseball operations Farhan Zaidi made it sound like they had a chance at landing any big-time free agent this offseason.

“We have to go back to the drawing board and explore every channel to get better,’’ Zaidi said. “I expect us to be really active this offseason. We do have the flexibility to be involved in every possible option on the table, but our goal is when we get to spring training and Opening Day hits in 2023, we feel like we’ve got a playoff-caliber team out on the field. That’s going to drive everything we do this offseason.”

No doubt Cashman will have similar sentiments whenever the Yankees’ season ends.

“We always compete to keep what we would like to keep,’’ Cashman said. “In some cases we’re successful and in some we’re not.”