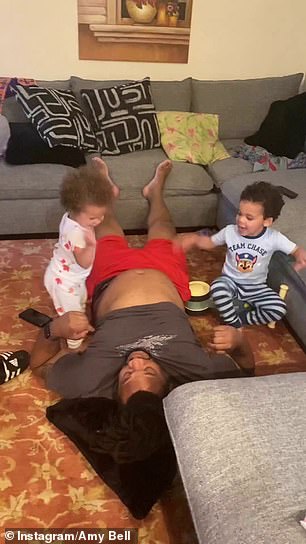 Adrian Dingle’s fiancée posts a heartwarming video of the retired NFL player playing with his giggling young son and daughter, after his death aged 45 left the family stunned

By Oliver Todd For Dailymail.Com

A heartwarming moment between Adrian Dingle and his two young children has been posted online by his fiancée, after the former NFL player’s death stunned the young family this week.

Dingle, a San Diego Chargers defensive tackle from 2000 to 2004, died this week. A cause of death has not been released by the family.

Fiancée Amy Bell has led the tributes to her ‘dude’, posting footage on Instagram of the smiling former footballer delighting his two young children while playing with them on the floor.

Son Adrian, aged four, and daughter Ava, two, are seen laughing and giggling as their father allows them to slap him on the stomach in a candid moment at home.

Amy posted no caption but friends sent their best wishes in a series of messages.

‘His voice, their laughs’, wrote one. Another added: ‘I’m so glad you captured these special moments, and I’m so sorry for everything you’re going through. You are a phenomenal mother and will continue to instill the best in these sweet kiddos!’ 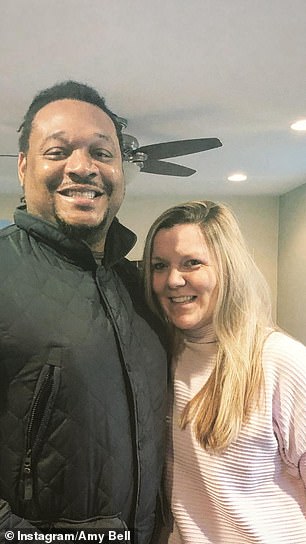 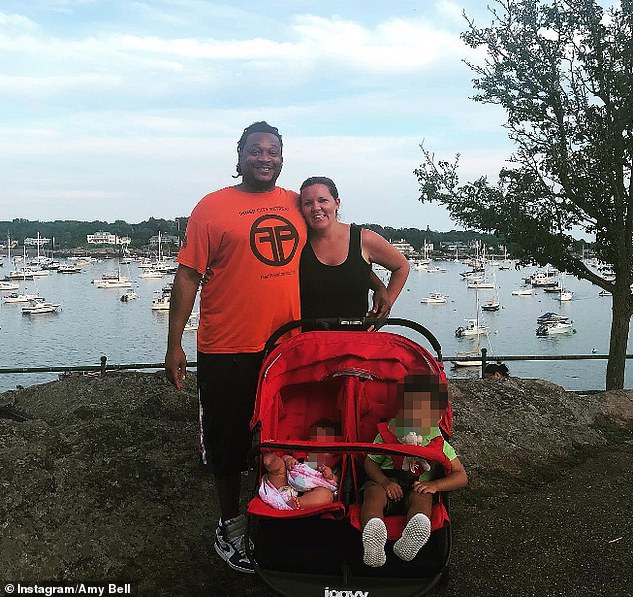 Dingle’s fiancée has been left heartbroken

Dingle played five seasons in the NFL after being picked up in the 1999 draft following a record-breaking College Football career with Clemson University.

The post read: ‘It is with profound sadness that we announce the passing of Mr. Adrian K. Dingle of Winthrop, MA, formerly of Holly Hill.

‘Funeral arrangements are incomplete. The family will be receiving condolences via telephone.’

Dingle’s finest season came in 2003 when he made 37 tackles and collected six sacks after starting all 16 games for the Chargers.

He was the defensive MVP of the 1994 North-South High School All-Star game and helped the Tigers reach three bowl games. His 180 tackles are still 11th in the university’s history. He also has the sixth most sacks at the university with 23. He was picked by the Chargers in the fifth round of the 1999 draft.

‘Your smile was infectious and your drive to be the best at your craft was amazing! Looks are deceiving! 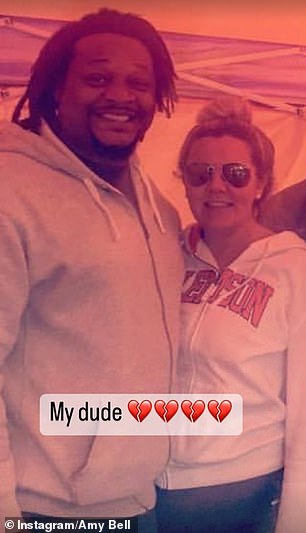 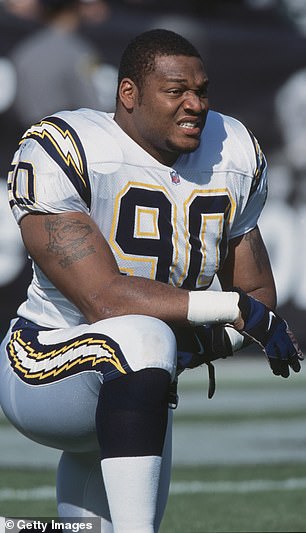 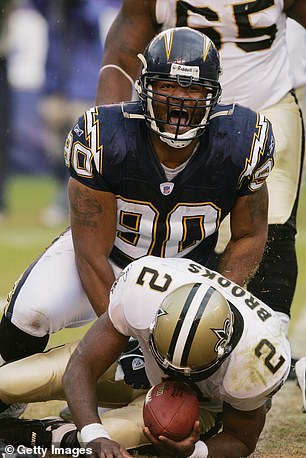 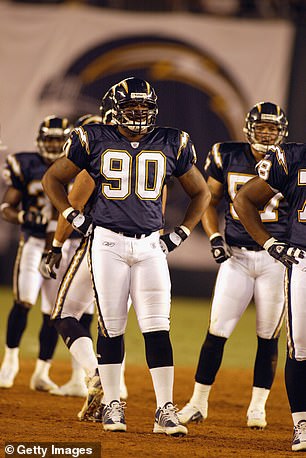 He helped the Tigers reach three bowl games and his 180 tackles are still 11th in the university’s history, before moving on to a career in the NFL

‘Never assume someone is alright because of their success, looks, material possessions etc.

‘Check up on your peeps! We all need somebody! #mentalhealth #NFLPA #NFL Athletes for Hope.

‘It was a pleasure to share the field with my bro while being teammates with Los Angeles Chargers. Prayers up for your family.’

He was previously referred to by head coach Marty Schottenheimer as ‘one of the most reserved players on the team’. 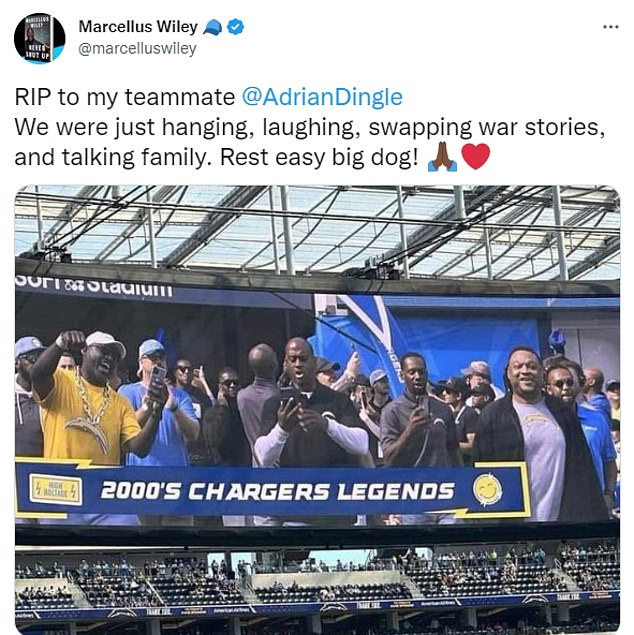