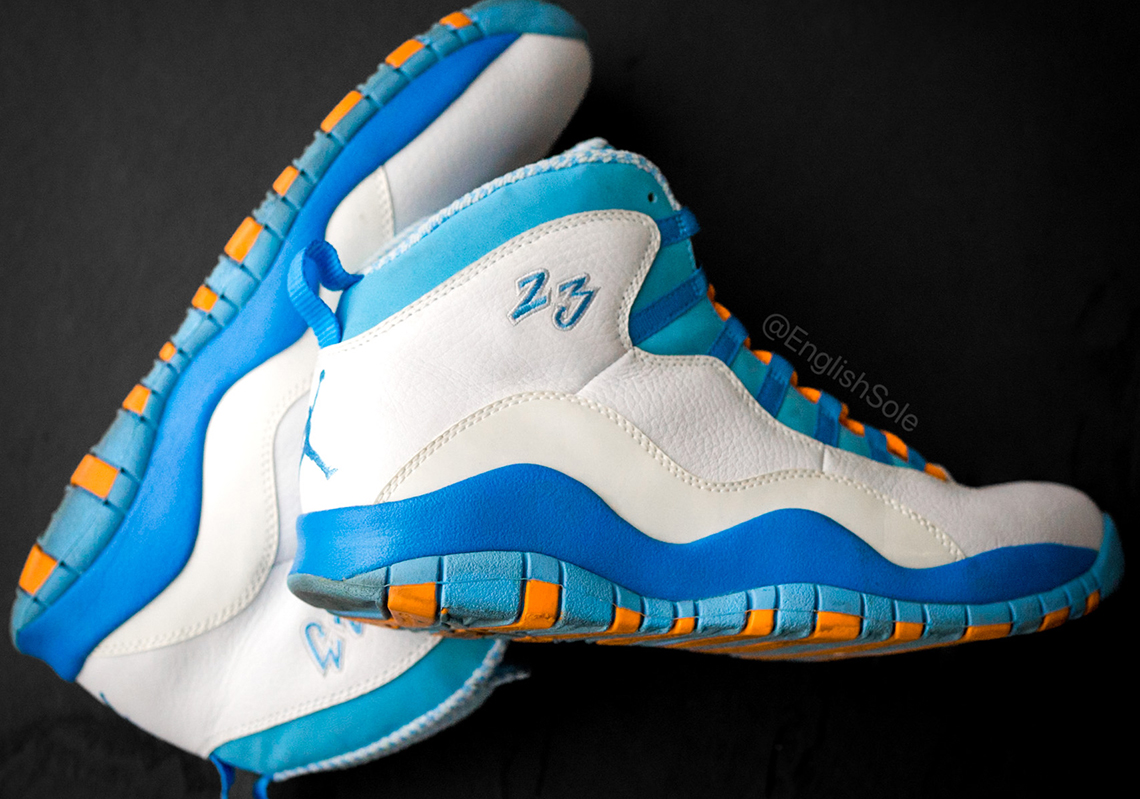 In their final year under the Charlotte Bobcats monicker, the Jordan-owned franchise received its own commemorative Air Jordan 10 colorway. Eight years removed from its initial release, English Sole is giving us an up-close look at alternate sample of the silhouette.

Disparate in its choice to coat the model’s leather upper and mudguard in a crisp white hue as opposed to the 2014 propositions grey base, two different swatches from the blue tonal spectrum are selected to treat the lace loops, quarter overlay and pull tabs. Rendering further sky blue embellishments such as the collar’s embroidered “23” and heel counter’s Jumpman logo, the white nylon sock liner comes dashed with turquoise stitching while a titular orange accent breaks up the smooth sailing proposition by bearing its laces and sectioned tread underfoot.

Having dropped back in 2014, enjoy a detailed look at the Air Jordan 10 “Alternate Bobcats” sample below.

In other news, Homer Simpson receives his very own adidas Stan Smith. 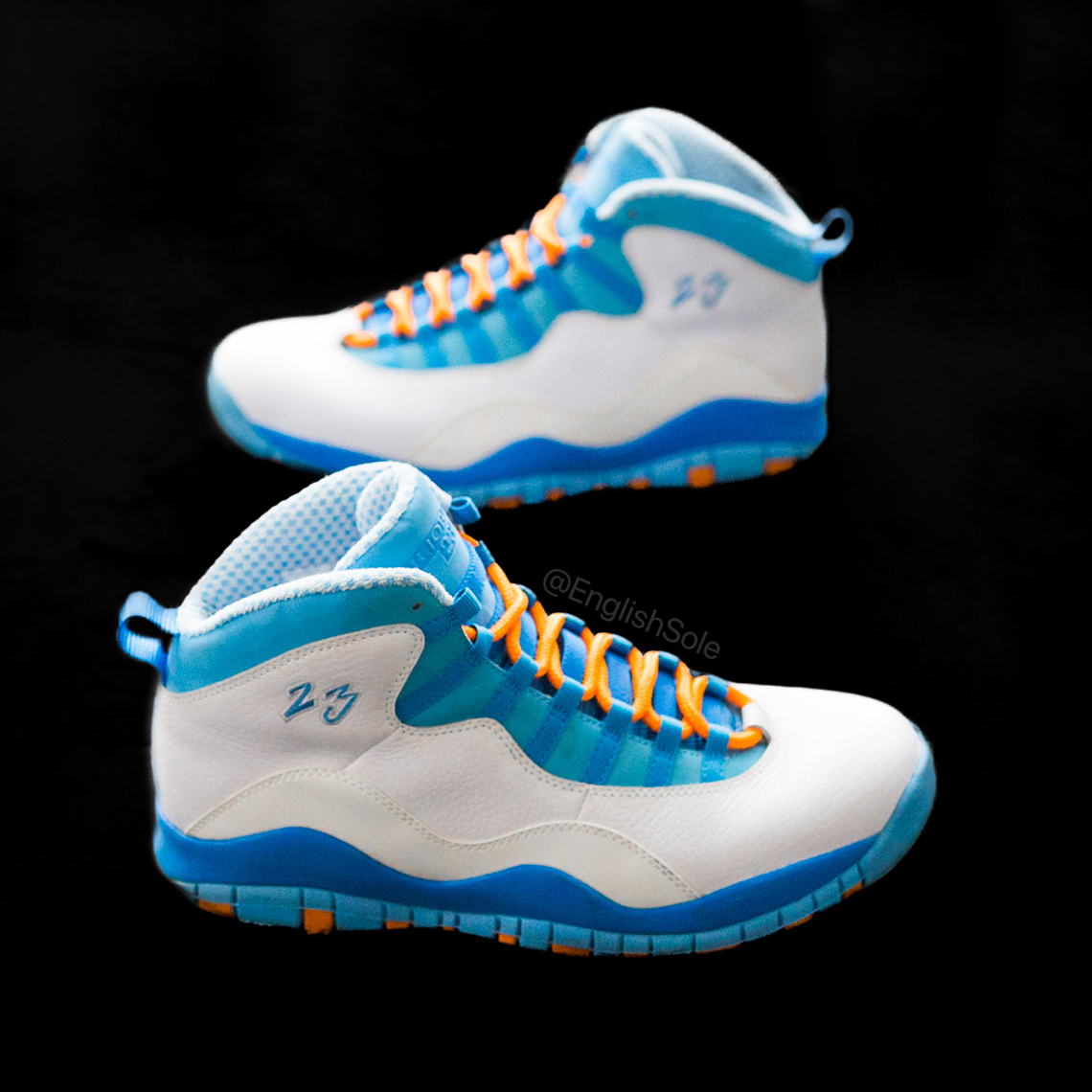 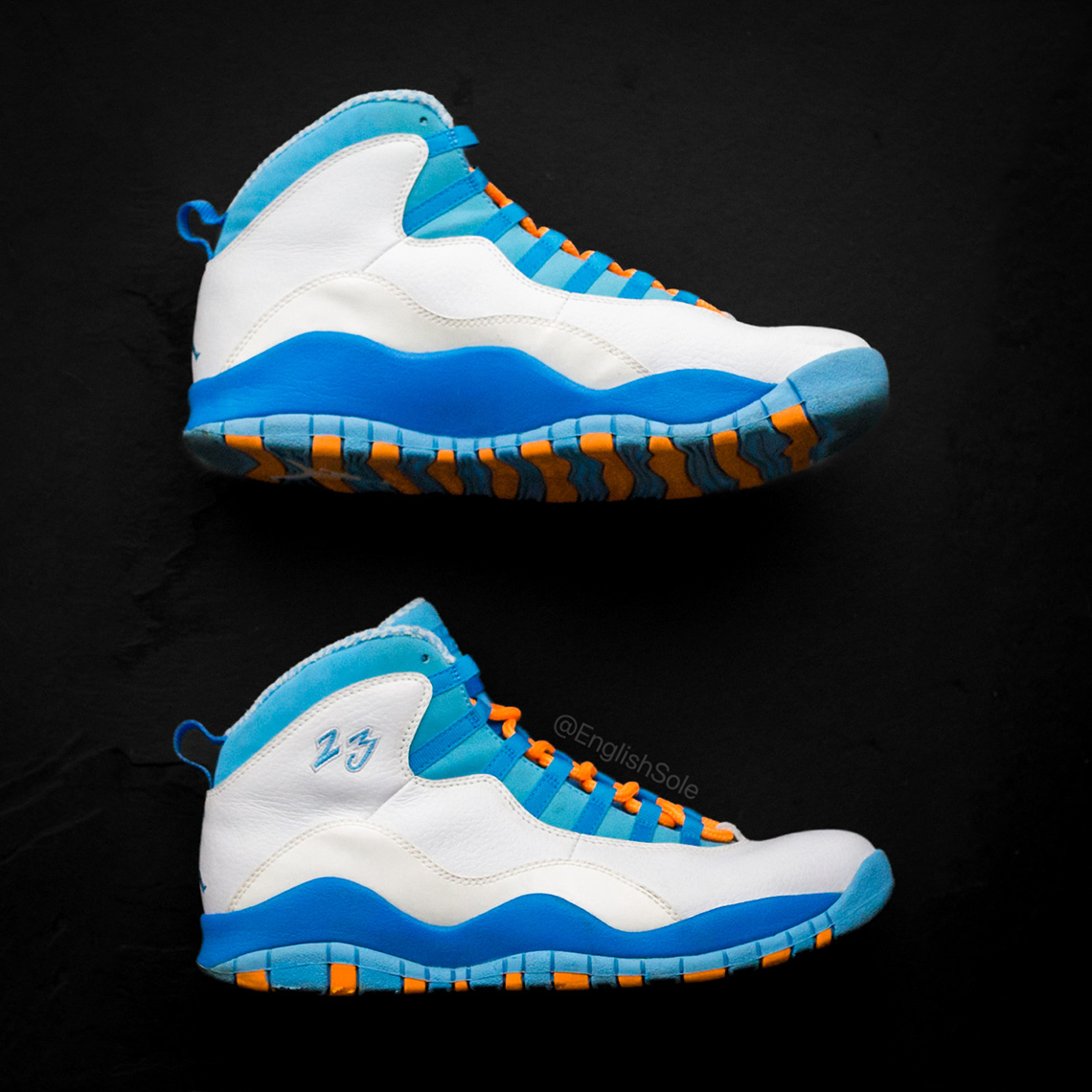 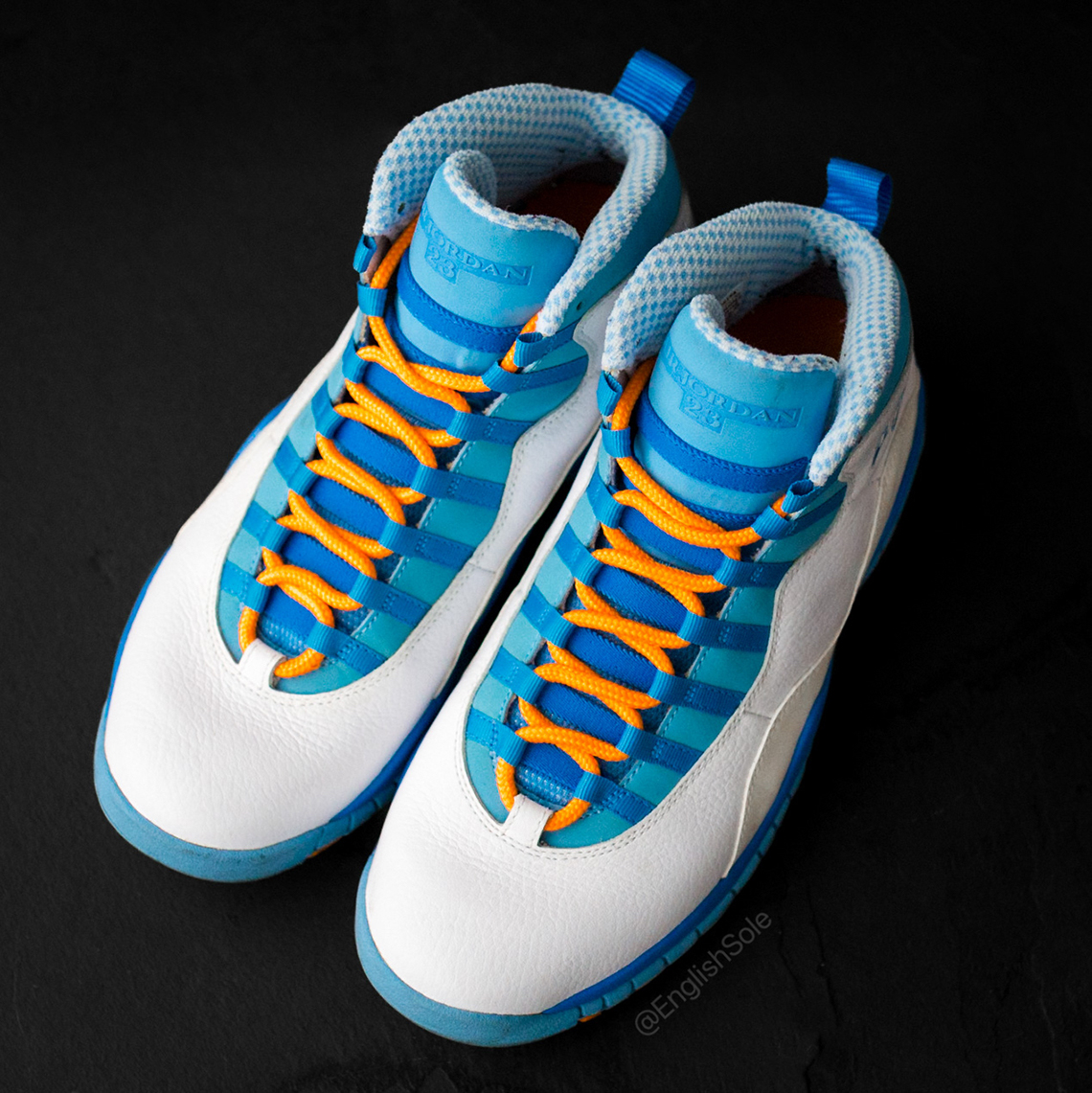 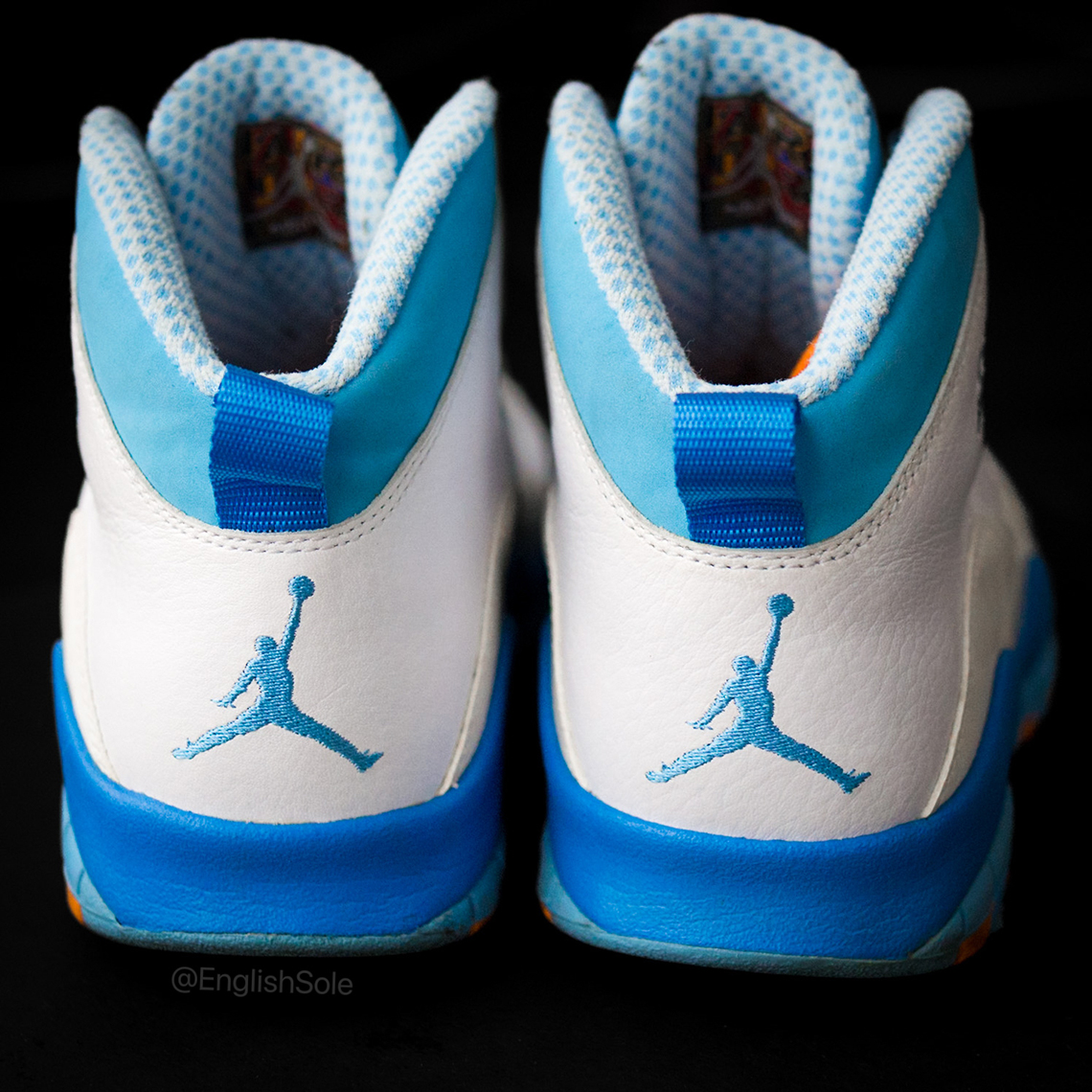 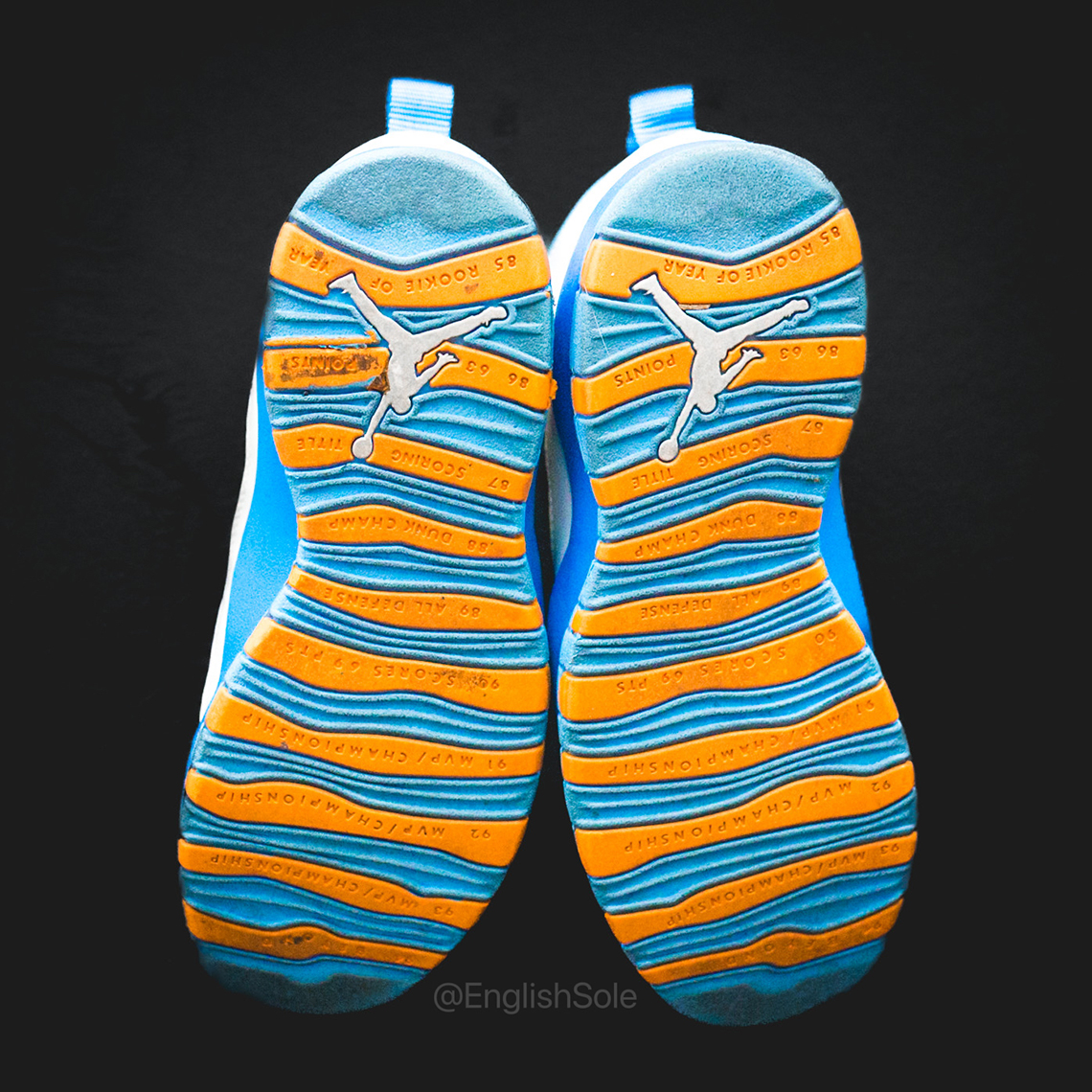 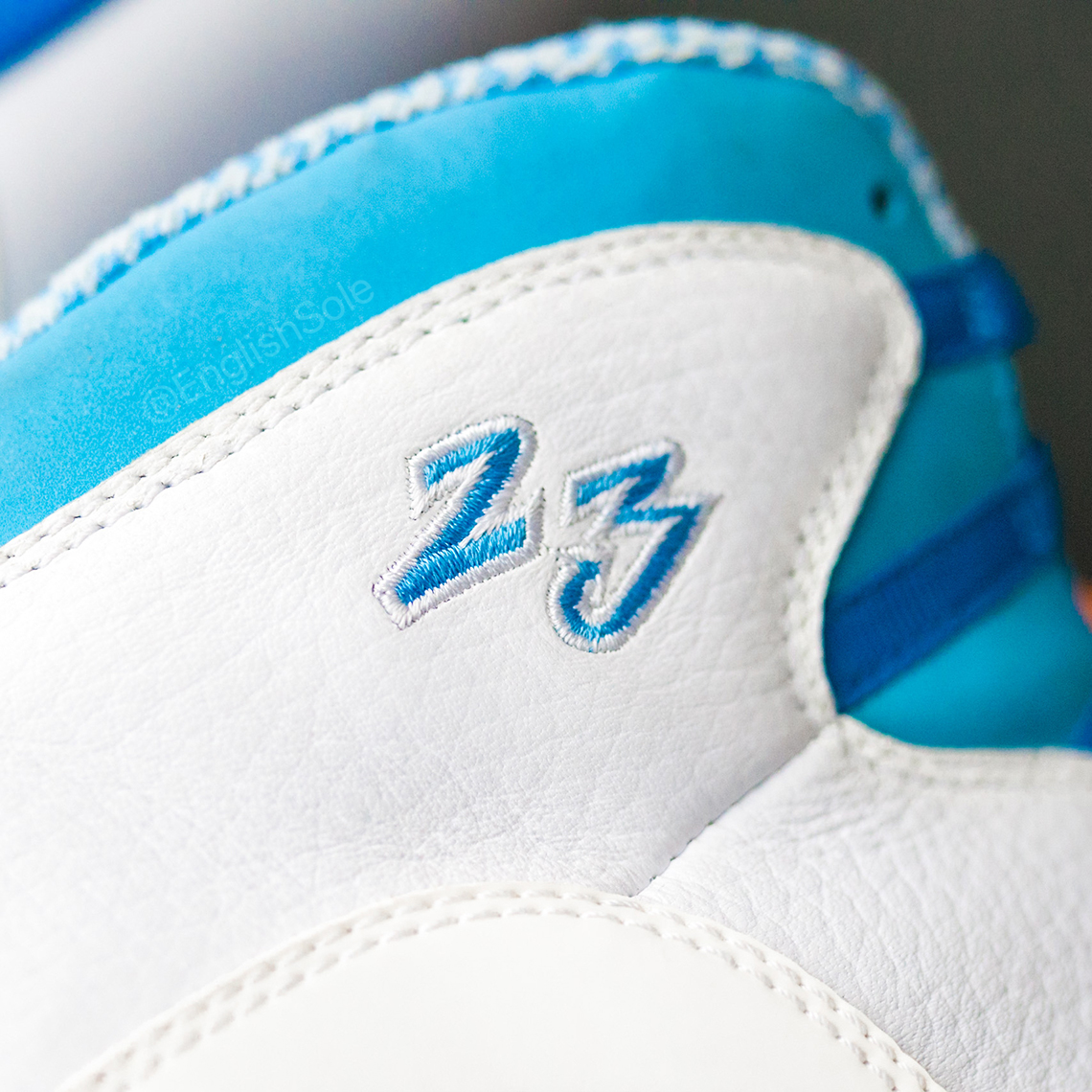