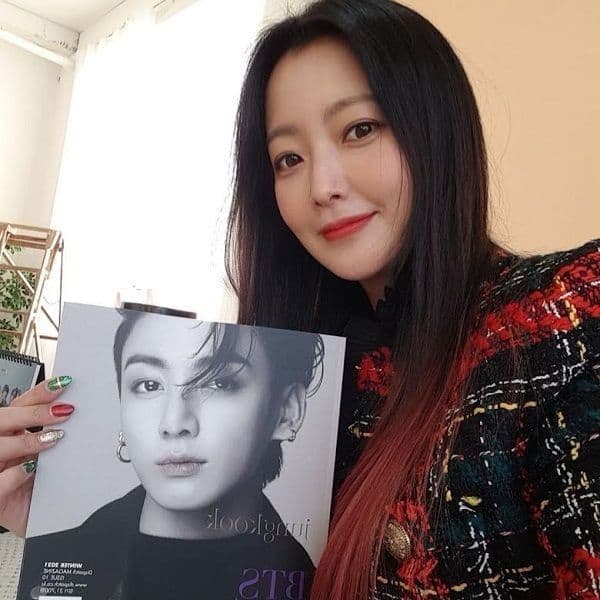 Right from a 5-year-old kid to a 70-year-old person, we saw people from every age group turning out to be fans of the popular K-pop band BTS aka Bangtan Boys. While many celebs and their kids too have turned ARMY, popular Korean star Kim Hee Sun, who garnered popularity for her portrayal in Alice, revealed that her 12-year-old daughter, Park Yeon Ah is a huge of BTS and especially of member Jungkook.

While talking to visitors in the titular Honeymoon Tavern, Kim Hee Sun said, “It’s not easy with [Yeon Ah] these days. I feel like she likes him (Jungkook) way too much.” She revealed that her daughter always tells her “Mom, the new music video surpassed 100 million views just in a few hours!” Kim also confessed that her daughter always keeps referring BTS members as “our oppa,” to which Kim told her, “You have no oppa. You are our only child, Yeon Ah.” The actress showed her concern over her fandom and added, “I’m mean, if she wants to be ARMY that much, why doesn’t she just enlist in the army. I want to send her to the military, you know.”

Recently, Jungkook spoke about his next song after Permission To Dance and said, “The reason we’ve released the songs and album up to this point is that they were thoughts, emotional states or trends about us at that time, so it was just that. All those songs were born in line with that generation [of emotions, thoughts, feelings].” Elaborating his answer, he added, “Just like we did then, what we can talk about now, what we should talk about now, as we contemplate these things and talk amongst ourselves, perhaps naturally, a good song or a wonderful song will come out.”

Carole Baskin Is Back: Netflix Confirms ‘Tiger King 2’ Is On The Way

FDA Authorizes Pfizer Booster For People 65+ and Others…