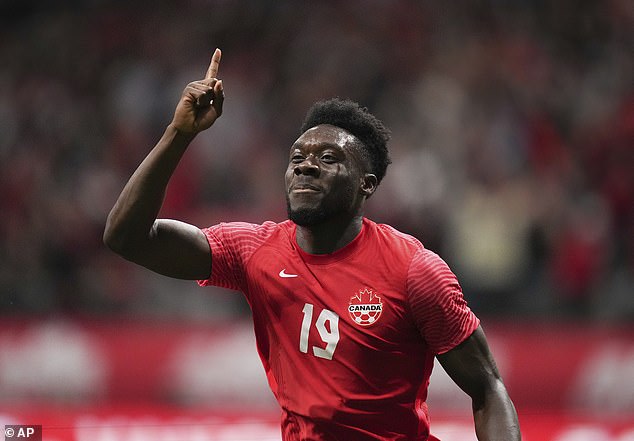 ‘A kid born in a refugee camp wasn’t supposed to make it’: Emotional Alphonso Davies celebrates after being named in Canada’s World Cup squad as John Herdman’s men gear up for their first tournament since 1986

Canada has named its 26-man squad for the World Cup in Qatar, with Bayern Munich’s Alphonso Davies and Lille’s Jonathan David the star names.

Coach John Herdman confirmed his team on Sunday. Canada plays Japan in a World Cup warm-up on Thursday before the tournament begins.

There had been concerns over the condition of Davies after he went off with discomfort in his right hamstring in Bayern Munich’s 3-2 win over Hertha Berlin earlier this month.

But there was no serious issue and the 22-year-old is expected to be fine to play for Canada in Qatar.

He was clearly emotional at being included in the team, tweeting shortly after the announcement: ‘A kid born in a refugee camp wasn’t supposed to make it! But here we are GOING TO THE WORLD CUP. Don’t let no one tell you that your dreams are unrealistic. KEEP DREAMING, KEEP ACHIEVING!’

The 22-year-old Davies was born to Liberian parents in a refugee camp in Ghana in 2000, with his family having fled Liberia’s civil war. They emigrated to Canada in 2005 and he received Canadian citizenship in 2017.

A kid born in a refugee camp wasn’t supposed to make it! But here we are GOING TO THE WORLD CUP. Don’t let no one tell you that your dreams are unrealistic. KEEP DREAMING, KEEP ACHIEVING! pic.twitter.com/GT4hjz4ebO 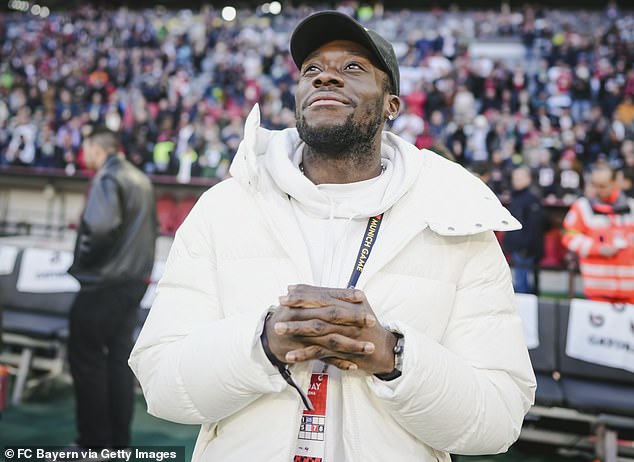 Earlier in the day, Davies was pictured at Bayern’s Allianz Arena to watch Tom Brady’s Tampa Bay Buccaneers play the Seattle Seahawks in the NFL’s first game in Germany.

Herdman’s team drew 2-2 against Bahrain in the week in a friendly, but played the game without a host of European-based players.

Canada was also expected to name goalkeeper Maxime Crepeau in its squad as its No 2 but he broke his leg in the MLS cup final last weekend. 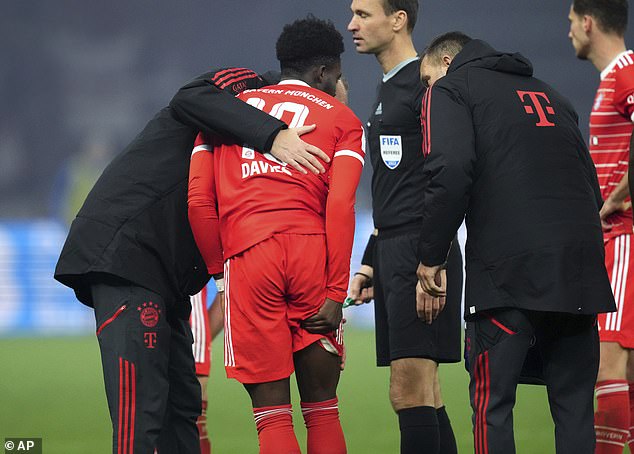 Defender Scott Kennedy also misses out through injury after hurting his shoulder.

‘I think everyone’s just devastated at the whole nature of how that unfolded,’ Canada coach John Herdman said of Crepeau.

‘We’ve lost (defender) Scott Kennedy earlier in the week and then how it unfolded for Max — just so late in the game and a situation where he had to put his body on the line. It was such a sad moment.

‘I think it rocked a lot of people. The injury looked pretty bad as well on TV. It’s been a tough moment, I think, not only for the staff but for the player group here. With genuine concern at the level of that injury.’