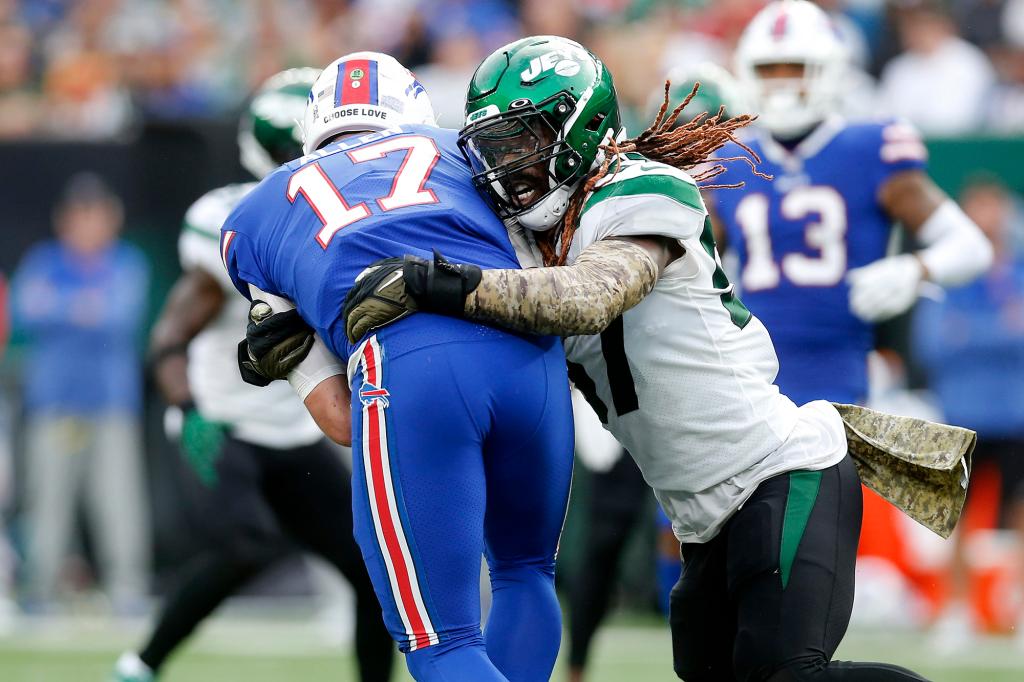 Five weeks after the Jets stunned the Bills with a 20-17 win, these two teams will meet again in Week 14 in a crucial matchup toward deciding the eventual winner of the AFC East.

Once again, the Bills are double-digit favorites at BetMGM to beat their division rivals, though New York is arguably a better team than when these teams faced off last. Can it pull off another shocking result as a big underdog?

Here’s how we’re betting Sunday’s contest, which kicks off at 1 p.m. ET on CBS.

There are so many reasons to bet the Jets here that it’s hard to know where to even start. How about with these teams’ last meeting, which saw a nearly identical projection from the betting market to what we’re seeing here?

Ahead of that Week 9 contest, the Bills were priced as 10.5-point favorites to beat up on the Jets. Instead, New York won outright on the strength of its elite defense, holding Buffalo to its lowest scoring total (17) all season long and doing just enough offensively to prevail.

Josh Allen suffered his worst performance of the season by far in that one, throwing for 205 yards with zero touchdowns and two interceptions – all coming before the injury he suffered on the final drive of that loss. He hasn’t been the same quarterback since, owning a mere 89.5 passer rating with nearly as many turnovers (5) as touchdown passes (6) in the last four weeks.

Unsurprisingly, his team hasn’t looked right, either. Dating back to that Week 9 loss, the Bills have as many outright losses (2) as double-digit wins (1), losing to the Jets and Vikings and barely surviving against the Lions. Amid those struggles, this marks the first time Buffalo has laid 10 or more points since, fittingly, that previous loss to the Jets.

This is a better New York team than the one that pulled off that upset, too. This defense continues to be rock solid, ranking fifth in DVOA across the entire season while allowing the fewest points per game (15) since Week 6. The biggest difference has come offensively: backup Mike White has thrown for 684 yards in two starts over Zach Wilson and led the Jets to two of their six highest scoring totals this year.

It all adds up to a surprisingly narrow contest on paper – which makes this line all the more curious. We surely haven’t seen the best version of the Bills to this point, but I’m not sure why we’d expect that to come this week in a matchup that has already given them trouble and could get even tougher on Sunday.

Bills vs. Jets Odds (via BetMGM)