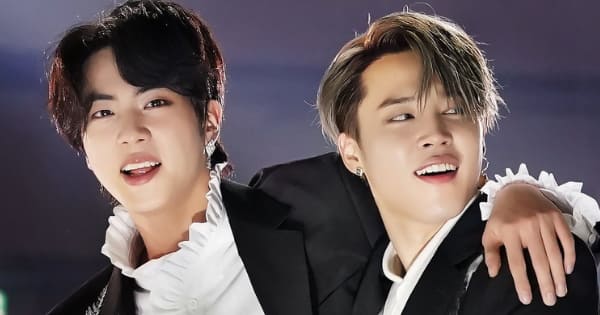 In Hollywood News recently, it was RM’s birthday which was the talk of the town. Kim Namjoon celebrated his 28th birthday (29 Korean Age) on the 12th of September. He came live on Weverse to celebrate the same with the ARMYs. RM revealed that his solo album is almost done and that he hopes it gets released by the end of this year. Talking about Jin and Jimin, the eldest BTS member flew to the US a couple of days ago. He reportedly flew alongside HYBE’s creative director and Lumpens’s producer. On the other hand, Jimin, who missed out on wishing RM on his birthday, revealed on Weverse that he had been recording all the time. Also Read – WHAT! Meet BTS Jimin’s Philippines doppelganger that leaves netizens confused with his uncanny resemblance

Are Jin and Jimin working on their solo MVs?

BTS ARMY, y’all know that RM is a spoiler king right? Well, it seems he gave spoilers yet again. During his birthday live recently, while talking about his recently released project Sexy Nukim with Balming Tiger, Namjoon shared that the other BTS members are coming up with projects similar to his Sexy Nukim. He revealed that they have been calling him whenever they need help or are stuck with English lyrics etc. Now, it makes us wonder if Jimin and Jin are both working on their collaborations next. It surely is interesting, isn’t it? Also Read – BTS: From Taehyung aka V’s Yeontan to Jungkook’s Gureum – a look at the pampered pets of the boy band

What are your thoughts on the same? Tweet to us @bollywood_life and let us know.