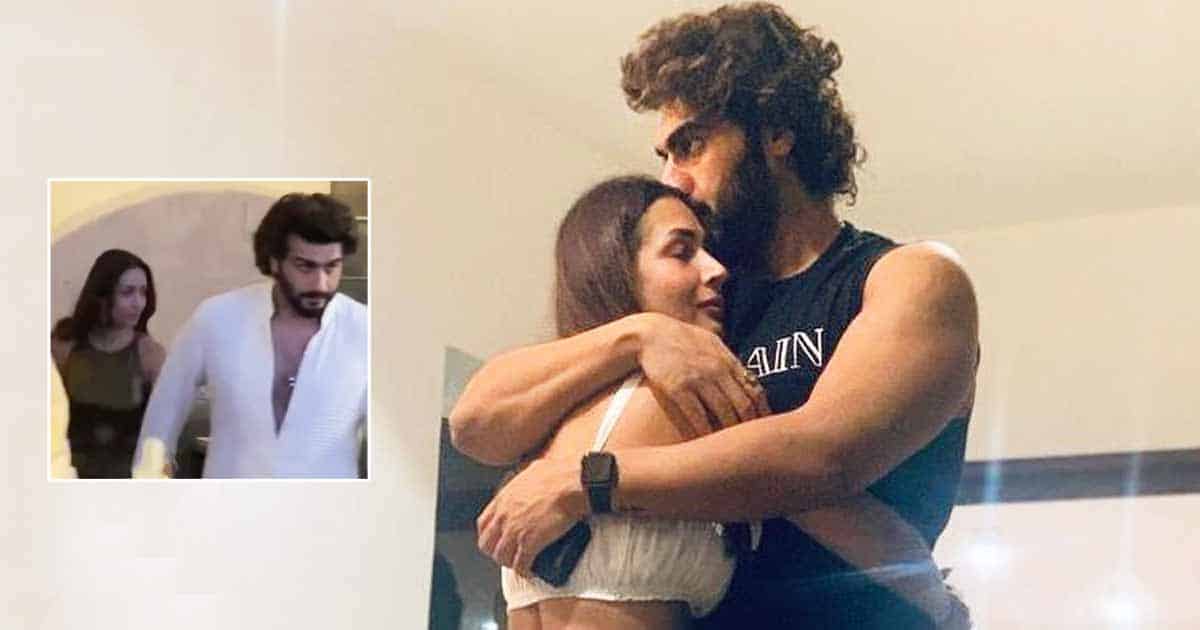 Arjun Kapoor and Malaika Arora are one of the most stylish couples in Bollywood. Their charm is truly unmatched and we totally adore their social media PDA. Yesterday, the couple was spotted at designers Kunal Rawal and Arpita Mehta’s wedding in the city and their video is now going viral on social media. Arjun can be seen escorting her lady love out in the car and netizens are reacting to it and trolling the couple. Scroll below to read the scoop.

Both Malaika and Arjun have been dating for a while now. Recently, when the 2 States actor appeared on Koffee With Karan Season 7, he spilled the beans on his relationship with the actress and had an insightful conversation with the host. His fans were going gaga over Arjun showering so much love and praise for Malaika while giving us couple goals.

Talking about their latest appearances at Arpita Mehta and Kunal Rawal’s wedding, both Arjun Kapoor and Malaika Arora looked ethereal together. While Arjun donned a white sherwani, Malaika was seen wearing a metallic bronze body-hugging dress.

Take a look at their video below:

We can’t wait to see them tying the knot soon!

What are your thoughts on netizens trolling Malaika Arora and Arjun Kapoor for their latest appearance together? Tell us in the comments below.

Must Read: When Malaika Arora Annoyingly Reacted To Rumours Of Salman Khan & Family Not Supporting Arbaaz Khan’s Career: “What Should They Do, Spoon Feed Him…?”