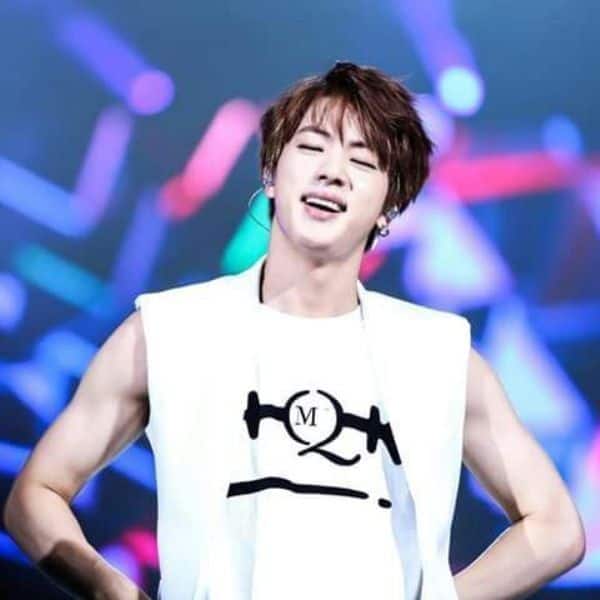 Jin is one of the most famous band members. Apart from his singing and dancing, he is also known for his looks. He recently teased ARMY with the possibility of bulking up. He shared a pic that showed his shadow. He wrote, “If I grow my muscles, I’ll look like this, right?” Have a look at his post below: Also Read – 20+ behind the scenes of BTS from My Universe MV that’ll leave ARMY swooning and also ROFL in laughter – view pics

[TRANS] @BTS_twt #Weverse #Jin on Weverse:
If I were to grow muscles it would look like this (right)? pic.twitter.com/55hMe8cPVq

He is telling us to touch some grass ???

? if i grow my muscles, ill look like this right? pic.twitter.com/FvBRKHxUkw

ARMY is going crazy over his post. It seems everyone likes the muscular Jin more. Have a look at a few reactions: Also Read – BTS’ J-Hope and Jungkook flirt with aliens in My Universe MV and ARMY feels BETRAYED – view tweets

Meanwhile, during an interview with Weverse Magazine, the handsome boy shared that he needs to make his fans laugh. Jin said, “I hope our fans don’t lose their laughter.” He added that he’s not really good at saying cheesy things and it’s not in his personality. “I feel embarrassed and cringey when I talk like that, and I can’t take myself seriously, so I try to keep it to a minimum,” he had added. He went on to say, “I go out of my way to make funny posts or leave funny replies on Weverse to make them happier. I just hope anyone who likes me is happy.” Also Read – BTS X Coldplay’s My Universe MV: ARMY cannot stop raving over Kim Taehyung’s visuals; trend ‘Our Universe V’ – view tweets

How Loving Fashion Has Brought My Mom and I Closer