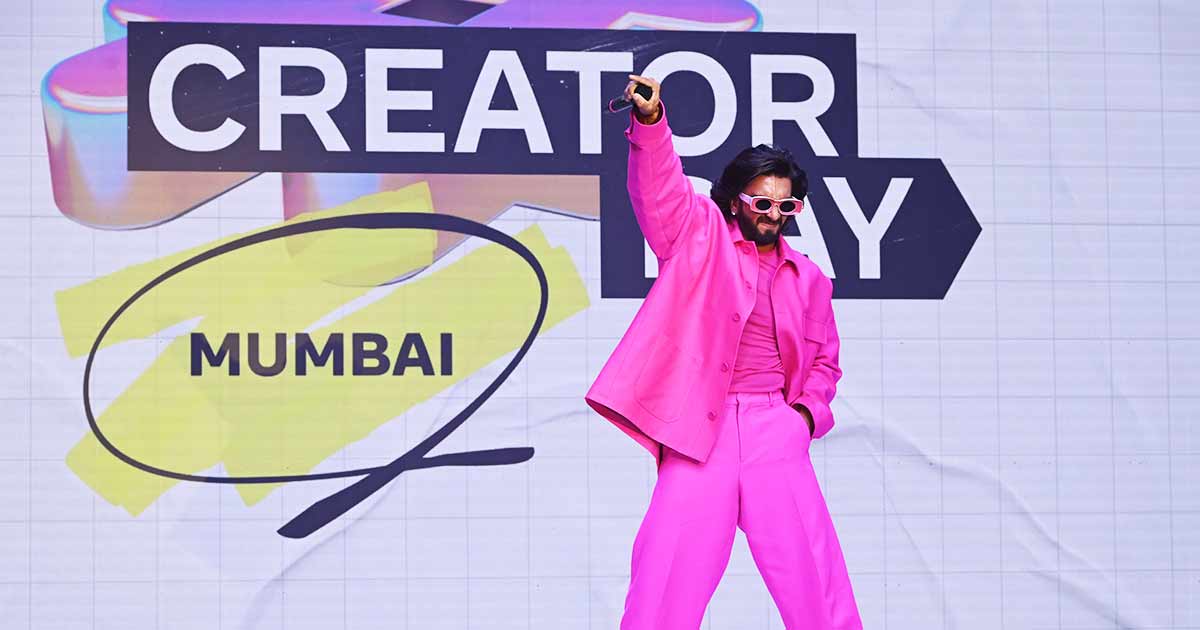 ‘Creator Day’ is Meta’s annual flagship event to celebrate creators, as they best reflect the way its platforms are used by people to share, express themselves and be entertained. The 2022 version of the event will take place across 5 cities – Mumbai, Hyderabad, Kolkata, Chennai, and Delhi – and will be unique because of their scale and on-ground presence after 2 years due to the pandemic. It is also the first time Meta provided the fans an opportunity to meet and interact with their favorite creators – a unique engagement aimed to strengthen their relationship.

In his keynote, while inviting Ranveer Singh onto the stage, Ajit Mohan, MD & VP, Facebook India (Meta) mentioned, “When we were thinking of someone who could enthrall this vastly talented audience; someone who could match their energy, and already has them hooked with their talent, there was only one name in our minds – Ranveer Singh.”

Ranveer, while opening the event that was attended by over 500 creators, spoke about the way as an artist and a creator, his relentless pursuit for perfection has resulted in his staggering equity and superstardom. He said, “You all have affected, shaped, molded… dare I say, become … the culture! And you did it on your own merit! Whatever we have achieved in life, is on merit …with no handouts! There are millions and millions of young people whose lives you touch every day. If I can leave you with one thing, don’t get into the numbers game. Create to express. Create for the joy of creating. Create to spread love and light.”

Ranveer later performed to the song ‘Jinklo’, which is a song by creator Neel (just_neel_things), Devil (@theeevil) and Karan Kanchan (@karankanchanmusic) and dedicated the moment to the massively talented creator community of India.

The event was also attended by Tanzanian creator Kili Paul, who has enamored India with his performances on Hindi songs on Reels and made his first visit to the country. He was recently honored by the Indian Commission in Tanzania. He was also complimented by PM Modi in one of his ‘Mann Ki Baat’ sessions. American creator Daniel Mac (@itsdanielmac) was also present at the event. He is best known for his ‘What do you do for a living’ series and has interviewed people ranging from American president Joe Biden to American TV host Jay Leno.

Here’s the link to the event:

Must Read: Deepika Padukone Gets Spotted At The Airport After Concerning Health News, Netizens React, “This Appearance Is Very Powerful”