Atletico Madrid vs Barcelona LIVE: Ronald Koeman’s struggling side take on their LaLiga title rivals desperate to turn their season around with Diego Simeone’s men able to join Real at the top with a win

By Isabel Baldwin For Mailonline

Atletico Madrid welcome Barcelona to the Wanda Metropolitano with the chance to go top on offer.

Diego Simeone’s side sit just three points behind the La Liga leaders Real Madrid in fourth- and have conceded ten less goals than their Catalan rivals so far this season.

For Ronald Koeman the crunch clash in the Spanish capital comes at the worst possible time. The Catalans are experiencing what can only be described as a ‘footballing crisis’. 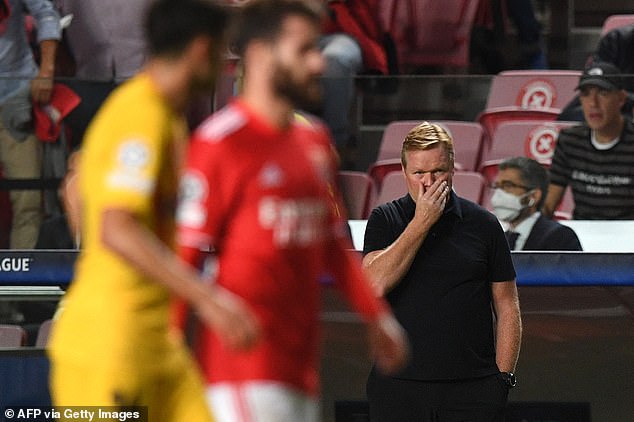 Their dire state of mismanagement and near financial ruin have seen them lose their talisman Lionel Messi and star players such as Antoine Griezmann. The chaos has left the start of their campaign in tatters, winning just three from six of their LaLiga fixtures so far.

The Blaugrana suffered a 3-0 defeat to Portuguese side Benfica in their Champions League group stage match earlier this week and will be desperate to bounce back.

U.N. finds that governments are still planning to increase…