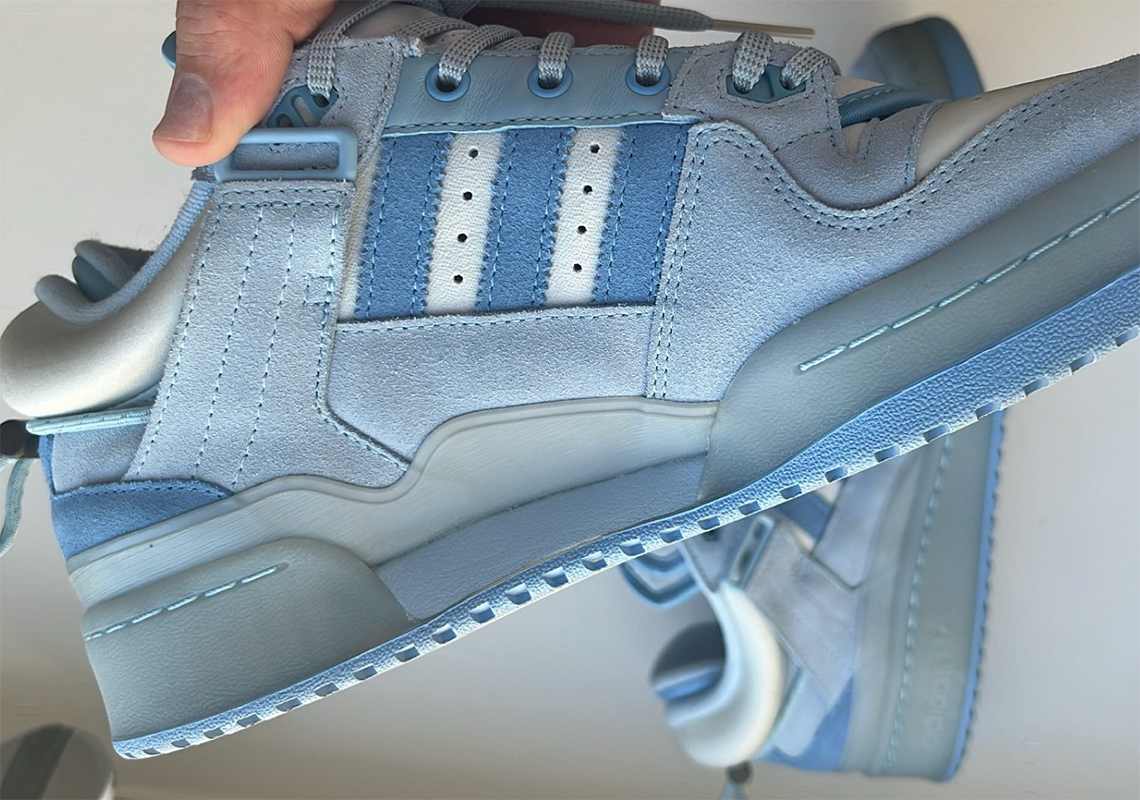 Bad Bunny, the global superstar icon and the most potent creative partner in the adidas Originals line-up, delivered two brand new collaborative silhouettes in 2022. Reworking the Powerphase and the Response CL, the Puerto Rican native has steadily built an impressive portfolio in footwear, with plenty of promise in sight for the future of this union.

However, fans are still clamoring for more colorways of his debut model, the adidas Forum Buckle Low. New colors did indeed leak out towards the end of 2021 and in the earlier parts of the year; a vanilla white and soft yellow had already made its rounds, but now we’re getting a first look via Janthony Oliveras, creative consultant to Bad Bunny. This upcoming release sees multiple shades of blue on the dense suede upper, achieving the same contrast as the original Cafe brown colorway.

adidas originally planned to drop a new Bad Bunny Forum on Easter Sunday, but that plans have since been postponed as the holiday passed without a drop. We’re not sure when this blue version will be available, so stay tuned for updates.

In other collaboration news, check out the first look at the Hello Kitty Nike Presto. 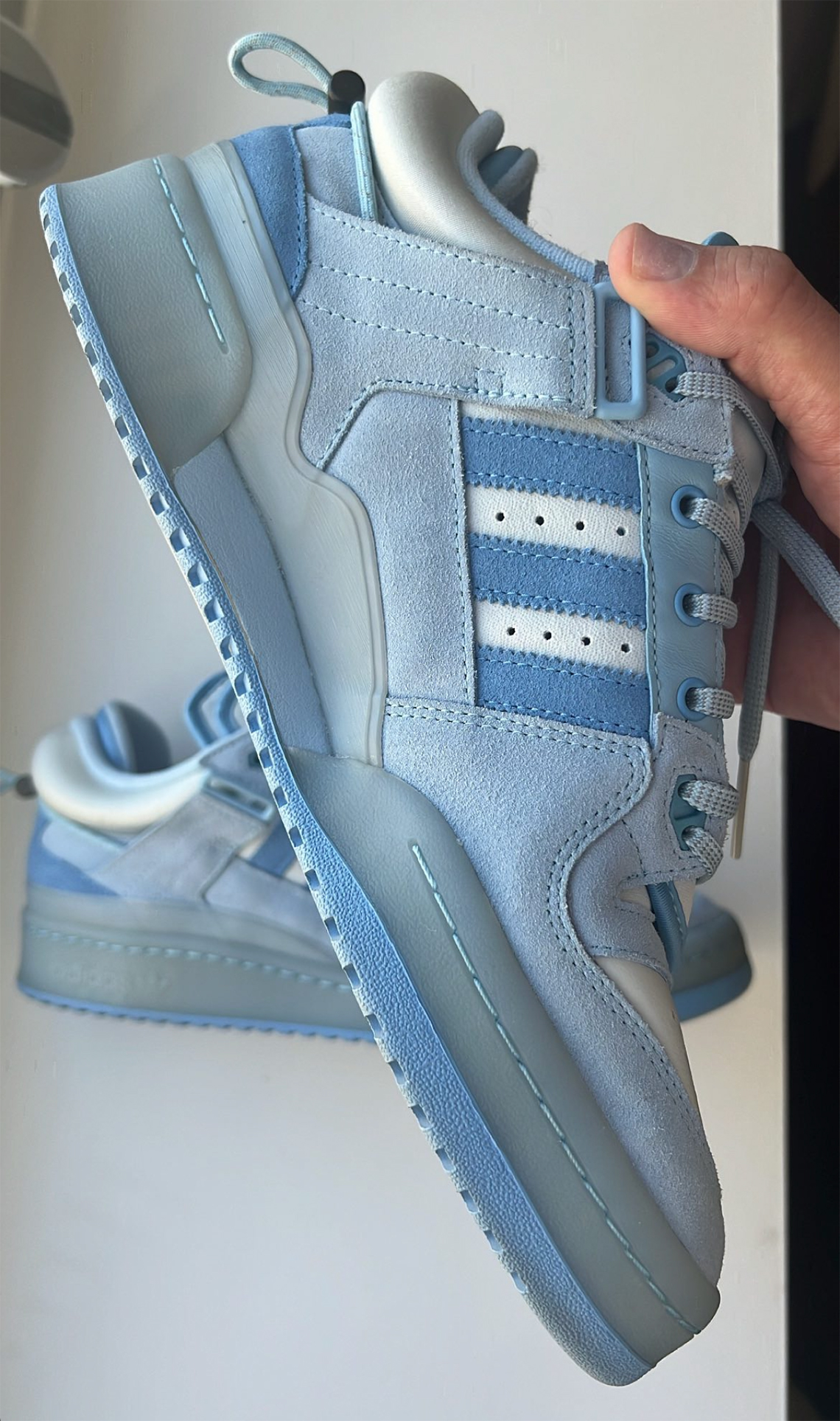