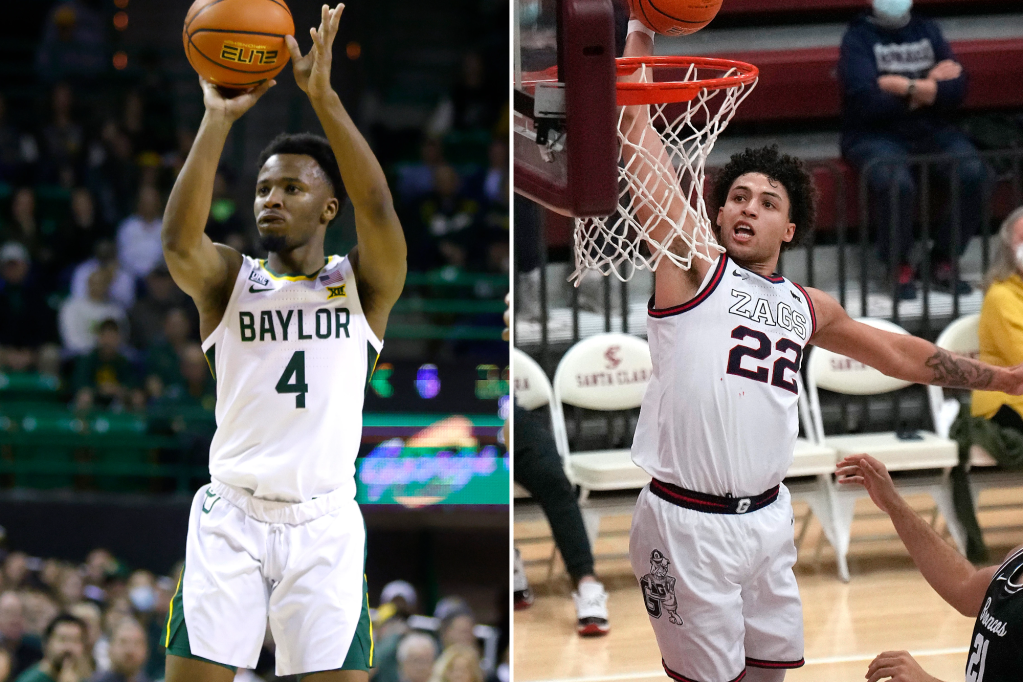 At this point last season, there was one overwhelming non-COVID-19 question engulfing college basketball: Could anyone derail the Gonzaga-Baylor train that was destined to meet on the final Monday of the season?

The answer was no. Nobody could, although UCLA came very close.

This season, there is again one dominant question, but it is nothing like the aforementioned one. It’s the exact opposite, actually.

Is this the year of parity?

It sure seems like it. There is no obvious No. 1. There is no team that is heavily favored to reach New Orleans for the Final Four. There are more than a handful of schools that can cut down the nets. Go ahead, pick among Duke, Gonzaga, Baylor, Auburn, Purdue, UCLA and Kansas. They’ve all had their moments of dominance, but also unexpected losses or less-than-inspiring wins against mediocre opponents that would make you second-guess picking them to advance into April.

There is balance in college basketball, the polar opposite of the just finished college football season in which only a small group of teams have a legitimate shot every year. A number of high-quality teams — and nobody of Gonzaga or Baylor’s ilk of a year ago — are all capable of getting hot at the right time.

On Monday there will be a fifth different No. 1 team, after Baylor dropped two home games this week. The Bears will join Gonzaga, Duke and Purdue as previous top-ranked teams to get knocked off. There have been 19 different teams ranked in the top 10 — and 11 in the top five. Eight ranked teams lost Saturday alone. No undefeated teams are left. The new No. 1 could be Auburn, which started the season at No. 22.

Gonzaga started as the No. 1 team before losing to Duke and Alabama, and nearly getting upset by Tarleton State. Duke, shooting challenged from the perimeter at times, lost at Ohio State and fell at home to Miami. Purdue fell to Rutgers and struggled recently with Penn State, two Big Ten schools not expected to finish in the top half of the conference. UCLA was tripped up at home by unranked Oregon, Kansas fell to heavy underdog Dayton, and Baylor couldn’t get by seven-loss Oklahoma State in its own building on Saturday.

It is the story of the season over two months in. No clear favorite has emerged. A number of teams have looked the part for stretches, before unpredictable stumbles. It could make for a memorable March. It definitely has the feel of a vastly different tournament compared to a year ago.

Kentucky and Duke are back. After both missed the NCAA Tournament in the same year for the first time since 1976, the two predictably reloaded and are major factors. They did it in different ways.

It’s working for both programs. Duke, in coach Mike Krzyzewski’s last season, is the class of the pedestrian-at-best ACC. Kentucky is an SEC contender and has all 13 of its wins by double figures. Some normalcy in these crazy COVID-19 times.

The NCAA Tournament committee’s job is going to be tougher than usual. Due to the pandemic, a number of teams have played shorthanded. Some haven’t had the services of their head coach. Seton Hall, for instance, suffered two losses with just eight players. That has to get factored in. It can’t be glossed over.

The committee has said it will keep track of players’ and coaches’ absences, and they will be part of the evaluation process. Let’s hope that is the case when it comes time to make decisions.