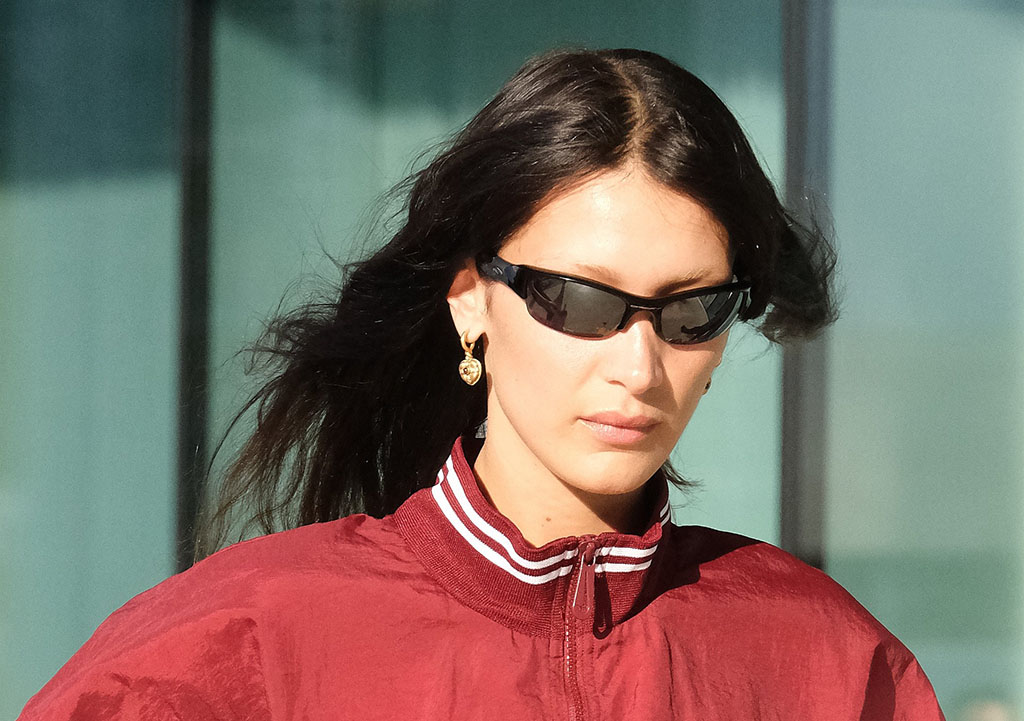 On Monday, the supermodel posed atop a balcony on Instagram in a tonal ensemble by Issey Miyake. In tribute to the late Japanese designer, Hadid wore the brand’s olive green midi skirt with brown lace-up side ties, as well as a matching green vintage Polo Ralph Lauren jacket and brown plaid crop top. Her outfit was finished with heart-shaped drop earrings and rimless sunglasses.

Hadid’s footwear of choice was a set of black leather boots, featuring thin rectangular heels and elongated toes with narrowly squared ends. The set created a versatile base for her ensemble while remaining sharp and slick.

However, this wasn’t Hadid’s only viral outfit of the week. On Wednesday, the fashion muse posed for a series of Instagram mirror selfies — which have already gone viral, amassing 1.7 million likes in less than a day — in a long-sleeved draped black dress with a plunging neckline. Completing Hadid’s ensemble — though her shoes weren’t visible — was a wide low-slung belt covered in silver studs.