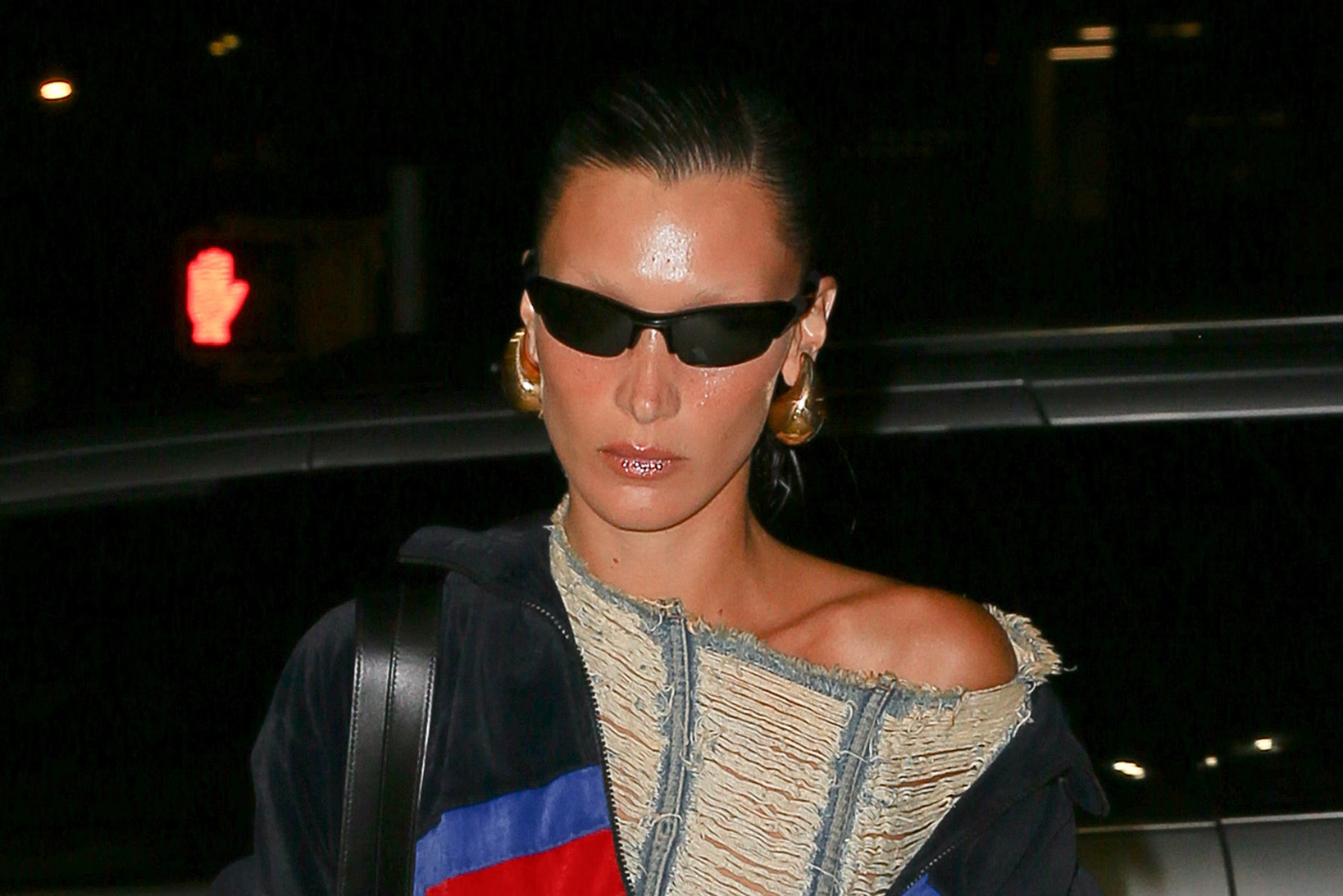 Bella Hadid had a denim moment when arriving at the launch of British Vogue editor-in-chief Edward Enninful’s new memoir, “A Visible Man” in New York City.

The model channeled 2000’s fashion trends with an off the shoulder loose fitted light blue denim dress featuring ripped detailing. Hadid’s denim piece was by Bottega Veneta. She added a black velvet zip-up jacket with a royal blue, red, and teal stripe running through the middle of the piece on top of the dress.

The model slipped on a pair of chunky black leather square-toe boots. She matched her footwear to her armpiece with a black leather handbag. To accessorize, Hadid wore a set of gold bangles, chunky gold hoops, an assortment of rings, and a pair of black sporty sunglasses.

The model kept her dark brown hair in a sleek ponytail and kept her makeup very minimal with a tinted moisturizer and a nude lip.

Hadid is noted for wearing some of the most sought-after designers on the runway and on the red carpet. Her off-duty style, however, skews more toward casual trends, favoring oversized pieces, cropped tops and ‘90s fashion inspiration. While Hadid made her name modeling for Tom Ford, Givenchy and Chanel, she has been a Nike ambassador, which meshes with her off-duty casual-cool style. As a fashion model, she’s nabbed high-profile campaign deals with Calvin Klein, Michael Kors, Balmain and Dior.