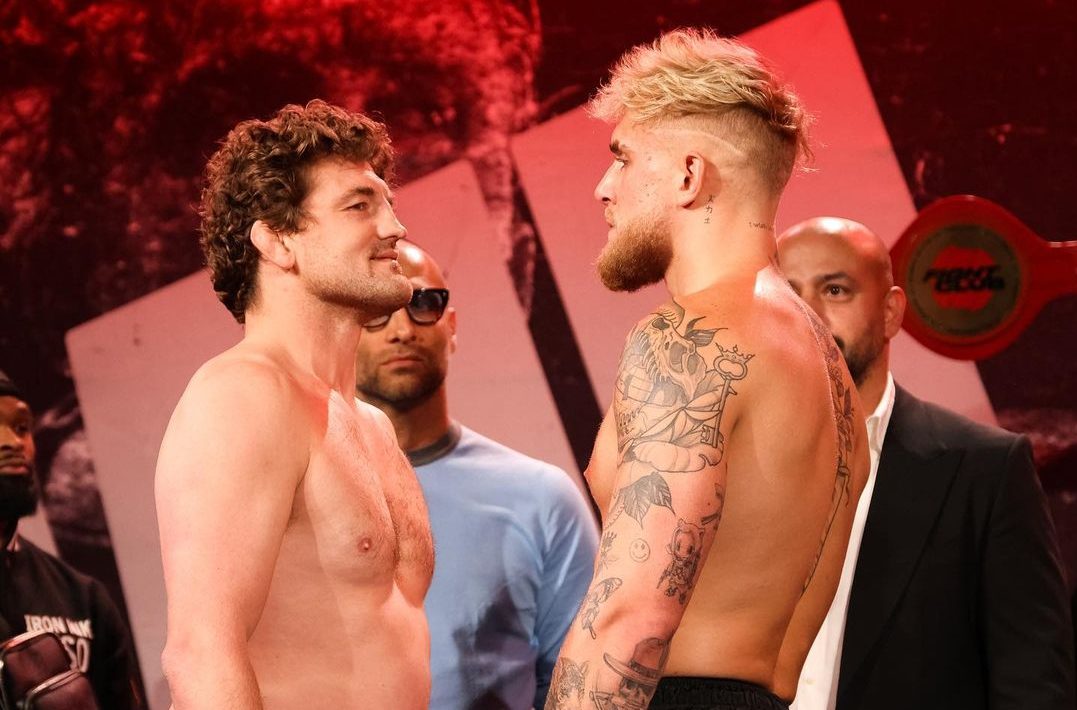 Due to the nature of Jake Paul being a social media star-turned boxer, his fights always have an element of the weird and wonderful.

This was no different in his clash last year with former UFC fighter, Ben Askren, who has revealed he was asked to sign a contract that stipulated he would be fined $100,000 every time he tried an MMA move in their fight.

Askren ended up losing by first round knockout, but now he has made the revelation of this unusual contract in an interview with Fight Hub TV.

According to Askren, Paul’s ‘guy’ called him and revealed that broadcaster Triller were concerned about him trying MMA moves in the fight. “I said, ‘okay, and, I’m not but whatever.’ And he’s said ‘well so, how about you sign a contract that you’ll get fined $100,000 for every time you do an MMA move?’

“I said, ‘well I already signed a contract, why would I do that, that sounds stupid.’ And he’s like, ‘well, come on it would make Jake feel good, and Triller really wants it’.”

With Paul knocking out Askren, as well as former UFC welterweight champion, Tyron Woodley, and Basketball player, Nate Robinson, conspiracy theories have emerged from fans that there has been a clause in their contracts where they can’t knockout the social media star, but Askren quickly put these rumours to bed.

“I mean the math that people don’t do on this one because most people are too stupid. If I beat up Jake, Paul, you realise I can do whatever I want right?

“So the notion that I would take money to not beat him up. It’s preposterous.”

Next up, Paul will take on his toughest test to date, as he fights the legendary Anderson Silva, who is the longest reigning champion in UFC history.

At the media workout on Wednesday, Paul arrived on a horse and announced that he is ready for battle, saying, “I’m going to war. I feel like a warrior a gladiator, that’s really what this is on Saturday.

“And I am going to war, this is one of the toughest fighters in the world, a combat sports legend.

“It’s not going to be an easy fight, so I’ve got to come in on the horse like I’m preparing for battle.”

Parimatch: Get 30/1 for Chelsea to beat Brighton* – CLAIM HERE