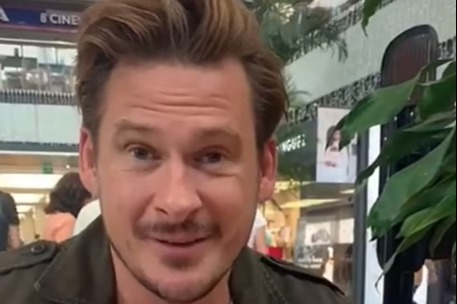 The 39-year-old surprised fans overnight with a TikTok video announcing wife Verity Paris had given birth to a baby girl.

It puts to bed fan concerns about Lee’s well-being after they noticed his absence from the band’s promotional duties for new album Heart & Soul.

Lee said: “Hey everyone. I just wanted to say sorry that I’m not there for the promo right now.

‘Everything’s OK. I know the boys are doing everything. I know there are a lot of people talking madness. I’ve actually had a little baby.

“She’s only three weeks old now, so I’m at home with my family, being a dad and being with the children.”

Lee and Verity – who got married in March – had another daughter in June last year. 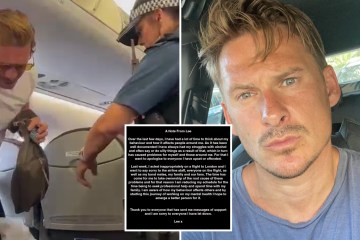 His spokesperson said at the time: “Lee and Verity welcomed the arrival of their beautiful daughter earlier this month as they begin their new family life together in Spain. Both mother and baby are healthy.”

The news was initially broken by Lee’s bandmate Duncan James when he was asked about the possibility of the group – which also includes Simon Webbe and Antony Costa – getting together again.

He said: “I think with the pandemic everything’s kind of changed and
shifted which is kind of annoying. Lee [Ryan] lives in Spain, he’s just
become a daddy again.

“So he’s got a little wee bubba and Simon has just become a father again so there’s like a baby Blue boom going on.”

Lee – who also has 15-year-old daughter Bluebell with Jessica Keevil,
and 13-year-old son Rayn with Samantha Miller – gushed about Verity
earlier this year, after they tied the knot in March.

He said: “I met someone finally who loves and supports me in everything I do.

“Verity is a beautiful, strong and loving woman who I treasure. And I’m a lucky man to have such a wonderful mother for my child, and now wife, in her.

“I’ve never been more calm and grounded and I have Verity to thank for that. I’m the happiest I’ve ever been in my life because of the
wonderful family life I now have.”