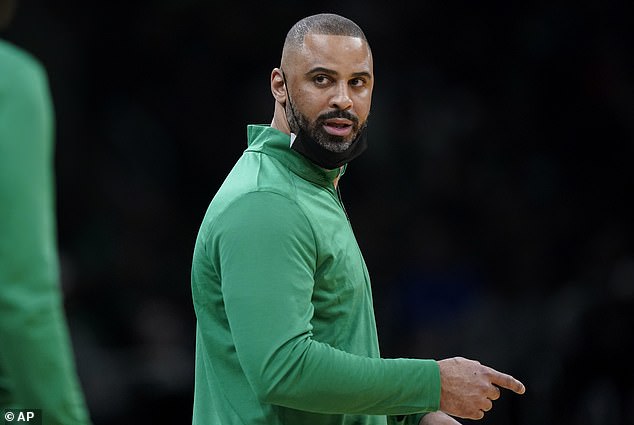 Boston Celtics have suspended head coach Ime Udoka for the entire 2022-23 season for a violation of the team’s policies, the organization confirmed Thursday night.

Reports say he engaged in a consensual intimate relationship with a female member of the team’s staff.

A statement released by the Celtics confirmed reports that the suspension would last the entire NBA calendar but a decision on his future with the franchise would be made ‘at a later date’.

The statement read: ‘The Boston Celtics announced today that the team has suspended Head Coach Ime Udoka for the 2022-23 season for violations of team policies.

‘A decision about his future with the Celtics beyond this season will be made at a later date. The suspension takes effect immediately.’

Udoka apologized to the players, fans and team for ‘putting the side in a difficult situation’ in statement released Thursday night.

‘I want to apologize to our players, fans, the entire Celtics organization, and my family for letting them down,’ Udoka’s statement read.

‘I am sorry for putting the team in this difficult situation, and I accept the team’s decision. Out of respect for everyone involved, I will have no further comment.’ 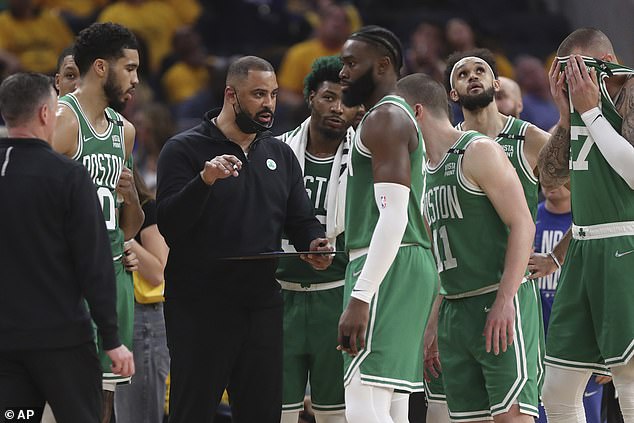 In his place, assistant coach Joe Mazzulla will serve as interim head coach for the remainder of the season.

Reports emerged last night that Udoka would face a ‘significant suspension’ for an unnamed violation of team policies. Rumors surfaced afterwards that it was due to a relationship with a Celtics staff member.

Udoka has been engaged for years to actress Nia Long, who gave birth to the couple’s son in 2011. However, Long and Udoka were ‘believed to have been separated prior to current issue,’ according to Bally Sports’ Brandon Robinson. 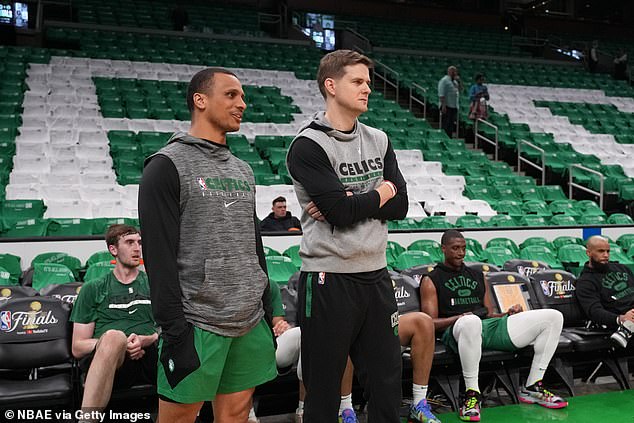 In his place, assistant Joe Mazzulla (L) will become interim head coach after another assistant coach Will Hardy (R), left Boston to become head coach of the Utah Jazz 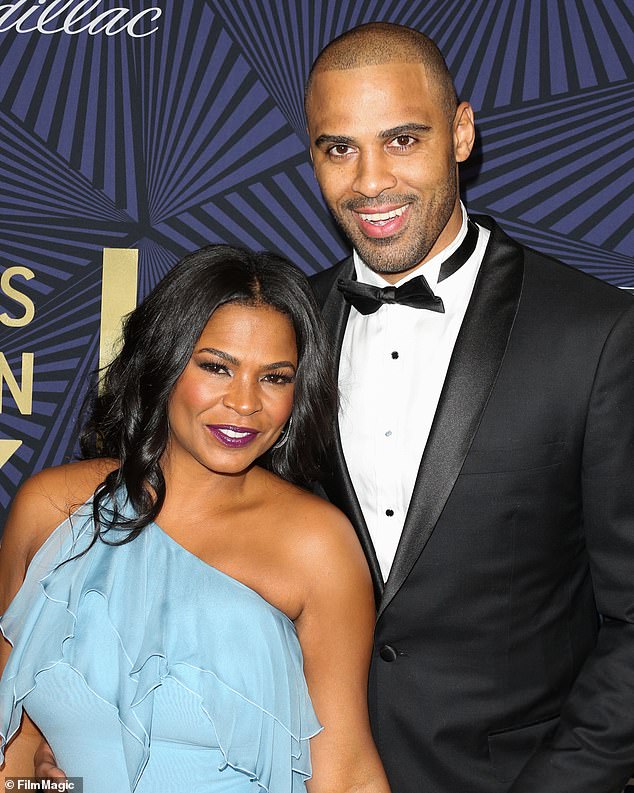 Udoka has been engaged to actress Nia Long (left), who gave birth to the couple’s son in 2011

ESPN’s Adrian Wojnarowski, who first reported the looming suspension, claimed that Udoka’s job is not in jeopardy. However, the language in the Celtics statement suggests removal from the job is still a possibility.

Stephen A. Smith – also of ESPN – criticised the media frenzy around Udoka and suggested his private life was ‘none of our business’.

‘I got news for you America: There are plenty of white folks in professional sports that’s doing their thing,’ Smith said in response to the news about Udoka, who is African American. ‘And I say that not complimentary. I don’t see the information out about them.

‘[I] can’t count the amounts of fraternization, or dare I say more, that goes on in practically every organization in NBA, NFL and MLB — people get together, they working together, that stuff happens all the time.’

Smith also questioned the choice to leak information about a private affair between two consenting adults. 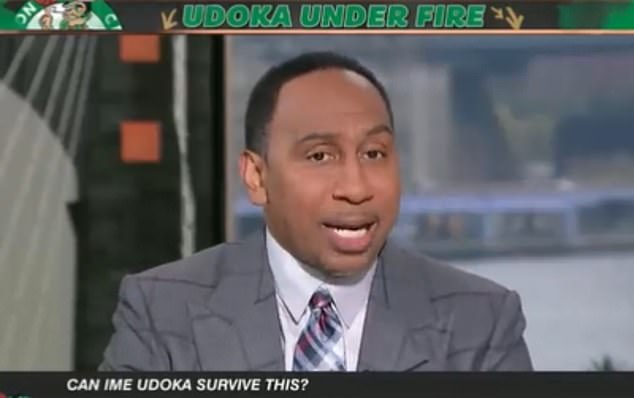 Ime Udoka’s alleged affair with a Boston Celtics staff member is not any of the public’s business, ESPN’s Stephen A. Smith said Thursday, adding that the team’s handling of his reported looming suspension reveals a racial double standard

‘Why are we talking about this now?’ Smith asked rhetorically. ‘We gotta talk about it because it’s the news. Ain’t none of our damn business, unless you fire him.’

Udoka was named head coach of the Boston Celtics at the start of the 2021-22 season after former head coach Brad Stevens was promoted to President of Basketball Operations.

In his first season as a head coach, Udoka amassed a 51-31 record and guided the Celtics to a regular-season Atlantic Division title.

Before coaching with the Celtics, Udoka spent time as an assistant coach for eight seasons at the San Antonio Spurs under head coach Gregg Popovich, helping to win an NBA title in 2014. 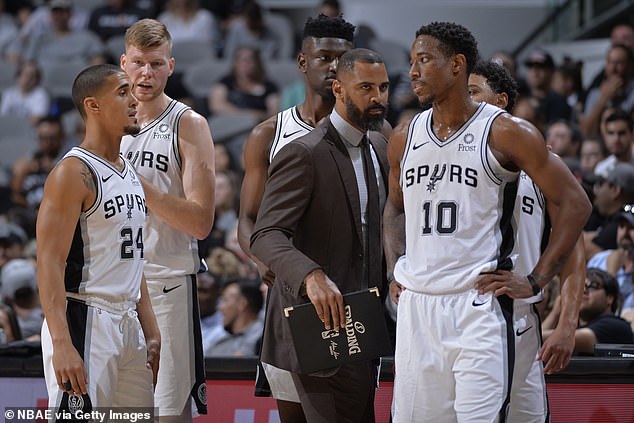 Prior to joining Boston, Udoka won a ring as an assistant coach with the San Antonio Spurs

Udoka left San Antonio in 2019, moving to the Philadelphia 76ers. The following season, he became an assistant coach with the Brooklyn Nets.

He was then hired as the head coach of the Celtics, becoming the fifth black head coach in the team’s history.

A Portland native, Udoka played at Portland State before a journeyman’s career that took him from low-level, independent leagues to Europe and eventually the NBA, where he carved out bench roles with the Spurs. He also had brief stints with the Los Angeles Lakers, New York Knicks, Portland Trail Blazers, and Sacramento Kings.