Bowled over by Jimin’s hot look in a vest? The singer reveals how the septet braved chilly winds and freezing water to shoot for the super sexy pics 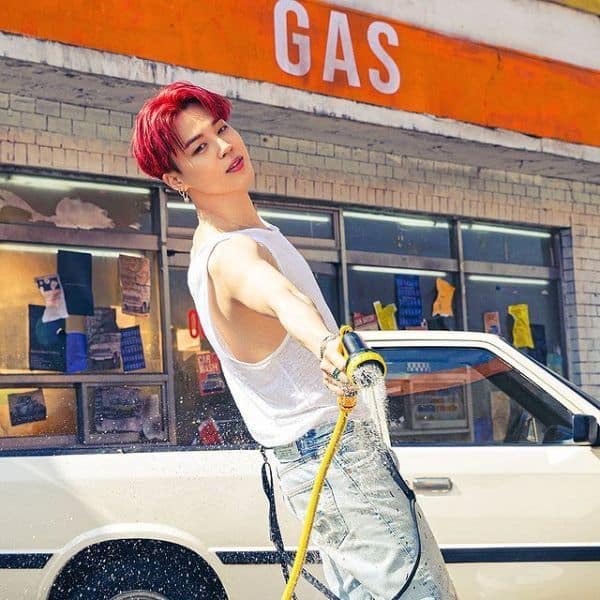 A new BTS video was released on YouTube which was titled Butter Jacket Shooting Sketch that showcased the K-pop group’s Butter concept photos. In the video, BTS members RM, Jin, Suga, J-Hope, Jimin, V, and Jungkook were having a gala time as they were getting ready in different avatars. Also Read – Shah Rukh Khan celebrates 19 years of Devdas; remembers how his ‘dhoti’ kept falling off – view BTS pics

In the pictures, the BTS members were seen posing at the beach, playing games, cleaning cars, and indulging in many more activities. The Butter Jacket Shooting Sketch featured four segments. The members got into a goofy mode as they stepped outdoors to shoot for the third and fourth segments. Also Read – BTS: Who among RM, Jin, Jimin, Suga, V, Jungkook and J-Hope is the CUTEST band member? Find out here

As soon as the members stepped outside to shoot, they confessed that the weather was too cold. Jimin who was wearing a loose vest was shivering during a part of the shoot. The members then revealed that the theme of the shoot was summer, but outdoors the weather was cold. Within no time, the members went to the beach to make the most of their time. Also Read – Trending Hollywood news today: BTS gets a shout out from Elton John for Permission To Dance, Black Widow director reveals why they didn’t have a cameo of Robert Downey Jr.’s Iron Man in the film and more

Jimin was in a fun mood and offered a slice of watermelon to V only to pull it back when the singer tried to take a bit. Later, Jin and J-Hope joined Jimin and V for a match of beach volleyball.

BTS released its new track Permission to Dance on the occasion of Army Day.