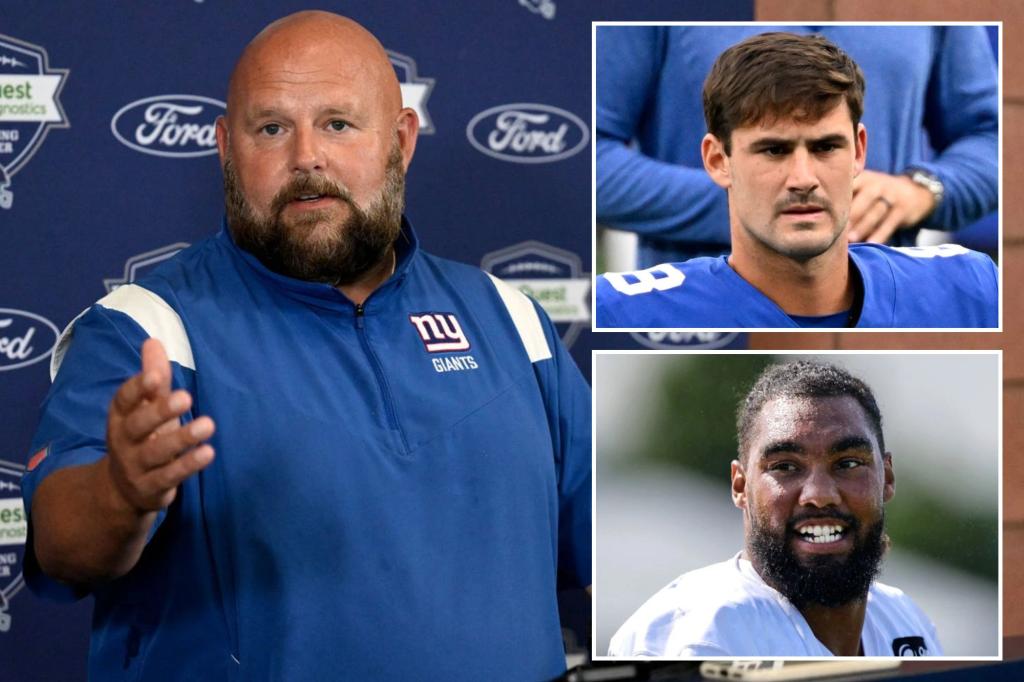 When Brian Daboll landed his dream job this offseason, many visions danced in his head, beginning with restoring the Giants into a winning franchise after a decade of being rudderless and lost in the swamps of Jersey.

What Daboll never considered with his new job was what he had to do the past two days — inform 27 players who’ve sweat and bled for him in the heat of training camp this summer that they were not good enough to make the 53-man roster.

That wasn’t one of the things he’d pondered about the job. Or looked forward to.

Daboll’s strength as a first-time head coach is the same superpower he’s carried for years as a valued NFL assistant — his innate, unteachable way to connect with the players he coaches.

It’s why when he left Buffalo after last season to come to the Giants, the biggest stars on the Bills — quarterback Josh Allen and receiver Stefon Diggs to name a couple — were equal parts gutted to see him leave and thrilled for him for landing his dream job.

Daboll’s Giants didn’t play a game on Tuesday. Their season opener isn’t for another 12 days. But some important things took place on what was an emotional day for Daboll and his players at the team facility.

First, Daboll had to tell 20 of his players they were being cut as the team trimmed to the required 53-man roster.

Then, the Giants players voted on captains, a group of 10 who will serve as Daboll’s leadership council, his conduit to a locker room that already carries a healthy respect for him.

Quarterback Daniel Jones, running back Saquon Barkley and left tackle Andrew Thomas were the offensive players voted in. On defense, safety Xavier McKinney and defensive linemen Leonard Williams and Dexter Lawrence were voted in. Kicker Graham Gano, long snapper Casey Kreiter and Cam Brown represent special teams. And finally, safety Julian Love, who received a number of votes on defense and for his special teams prowess, was voted in as a hybrid captain of sorts.

This is a critical group for Daboll — mostly on the field, but inside the locker room, too.

“They’re the voice of the locker room,’’ Daboll said.

“What you see first and foremost is it’s a young group, a bunch of guys who are still establishing themselves as players in this league,’’ Love said. “What we realize is we can’t be passive anymore. Guys from my class — Daniel, Dex, all of us — it’s urgency. There’s urgency to change this team for the better. That’s what you see with this group that we have.’’

Daboll indicated that he will have weekly meetings with his captains, but said, “We’ll let it happen organically.’’

“Coach always says that this is a players’ league, and it’s run by us,’’ Thomas said. “They [coaches] give us the plays and technique, but at the end of the day it’s based on what we do on the field. So being able to communicate with him and the players, making sure we’re all on the same page is a big thing for success.’’

Love, 24, was visibly moved by being named captain when he spoke to reporters after practice, saying, “I’m not going to lie, it means an awful lot to me. I’ve never been a captain my entire life, and to do it for the Giants, of all places, at the highest level, it’s hard not to get emotional about it.’’

Jones, not the outwardly emotional type, called being named a captain “something that I take very seriously. I think we all do.’’

Go behind the scenes with Big Blue

Sign up for Inside the Giants by Paul Schwartz, a weekly Sports+ exclusive.

The captaincy voting and his announcement of the results were the good — the easy — part of Daboll’s day. A welcome respite from having to fire 20 players.

“These guys have put a lot of time and effort and energy into doing everything they can do to create a role for themselves,’’ Daboll said. “When you have to tell somebody that they didn’t make it, that’s always — at least for me — that’s tough.’’

Like for Daboll, Love’s emotions from the day were conflicted.

“It’s a weird day, one for the saddest days of the football season [because] you build relationships with a lot of guys, and a lot of them end after days like this,’’ he said.

“It’s rough on the players and the coaches, because you build those relationships with guys,’’ McKinney said. “But you’ve got to keep going, keep pushing forward.’’

Conflicted by the cuts but encouraged by his captains, this is exactly what Daboll’s doing: Pushing forward — straight toward the Sept. 11 season opener in Tennessee, where it all begins for real in 12 days.