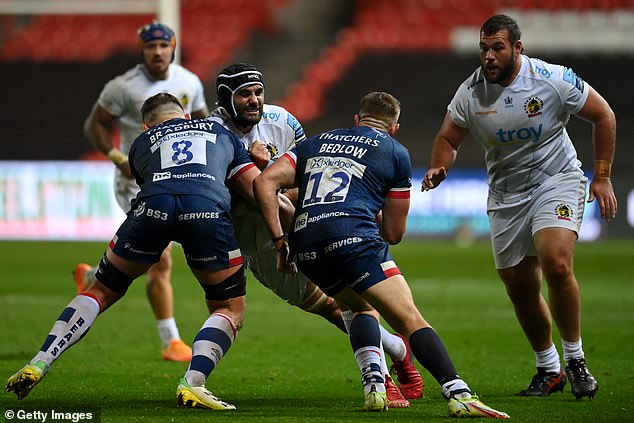 By Alex Bywater For The Daily Mail

The empty look on Ellis Genge’s face at the final whistle in Bristol on Friday night said it all as his director of rugby Pat Lam admitted a seven-try humbling by Exeter was completely unacceptable.

Genge’s return to Ashton Gate from Leicester this summer started in fairy-tale fashion on the opening day of the season, but this was more of a nightmare as the England prop was yellow carded and penalised twice by referee Christophe Ridley for backchat. Genge’s sinbinning was crucial.

It allowed Exeter to score 14 points and from there, Bristol imploded on what was a chastening evening for Lam and his players.

A bewildered Genge stared into the distance on the sidelines late on.

‘That wasn’t good enough for our club,’ said Lam, who will know the nature of this defeat begs serious questions about Bristol’s direction of travel under him.

‘It’s one of those nights and we are obviously not happy about it. We have to bounce back.’

Exeter ran riot and it could have been far worse for Bristol had Genge been shown red and not yellow for his high ruck clear-out of the outstanding Jonny Gray.

Ridley decided the hit had ‘no high level of danger’.

Lam described Genge’s yellow as ‘unlucky’ but the reality is it could well have been a sending off.

According to Lam, Genge’s second concession of a penalty for chirping at Ridley was a ‘misunderstanding’ but Bristol fans will be more concerned about how his team failed to react. 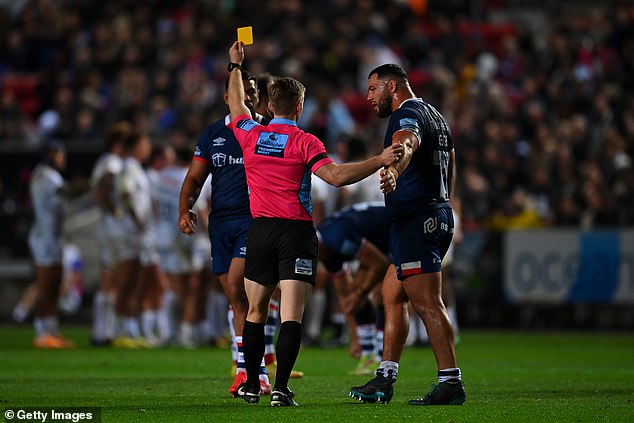 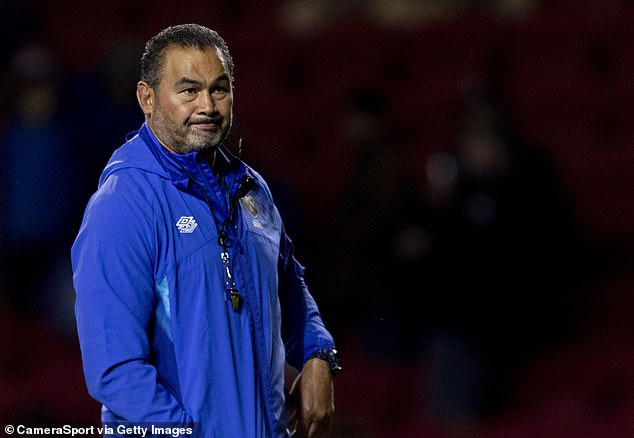 Bristol Bears coach Pat Lam admitted his team was not good, urging them to bounce back

Bristol had started with a bang thanks to Toby Fricker’s try from Callum Sheedy’s brilliant cross-kick and they had a score for Harry Randall ruled out before the break.

But these were isolated moments and the hosts’ misery was compounded by Piers O’Conor’s late yellow.

‘Every away win is special and I asked the boys to produce a special performance,’ said Exeter head coach Ali Hepher. ‘They did that. I couldn’t be more pleased for the players. They were phenomenal.’