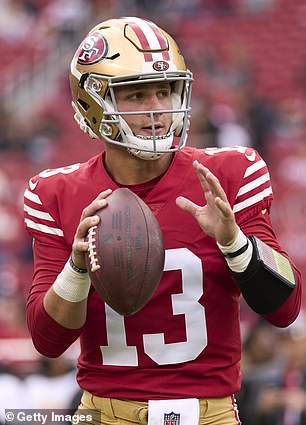 Brock Purdy’s dad is overcome with emotion as he sheds tears of joy after San Francisco 49ers rookie QB stars with three touchdowns during his starting debut vs. Tom Brady’s Bucs

By Kate Mcgreavy For Dailymail.Com

The 22-year-old earned his first career start for the San Francisco 49ers against Tom Brady and Co. after Trey Lance and Jimmy Garoppolo got hurt.

And the rookie quarterback seized his moment as he was the player in the headlines after the Niners’ 35-7 victory. 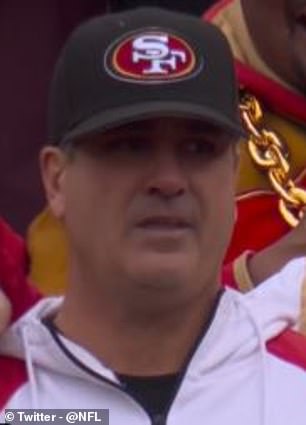 He recorded three touchdowns, completed 14 of 18 passes for 185 yards as the man with the moniker ‘Mr. Irrelevant’ for being the last pick in the draft in the spring stole the show.

Purdy’s 27-yard touchdown pass to Christian McCaffrey to hand the Niners a three-score lead was all too much for Purdy’s dad.

Shawn Purdy was touched by the moment and shed tears of joy as he witnessed his son deliver on the big stage from the stands. 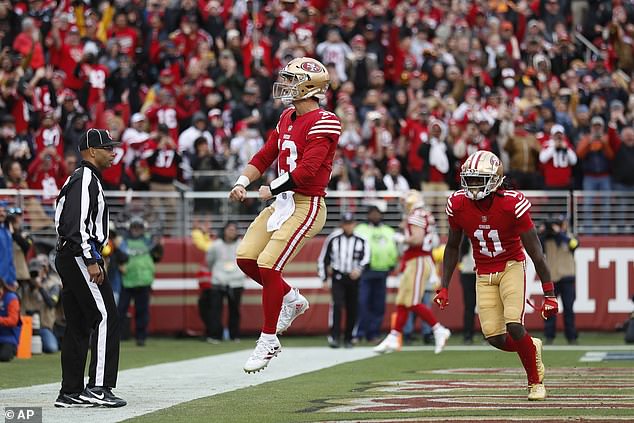 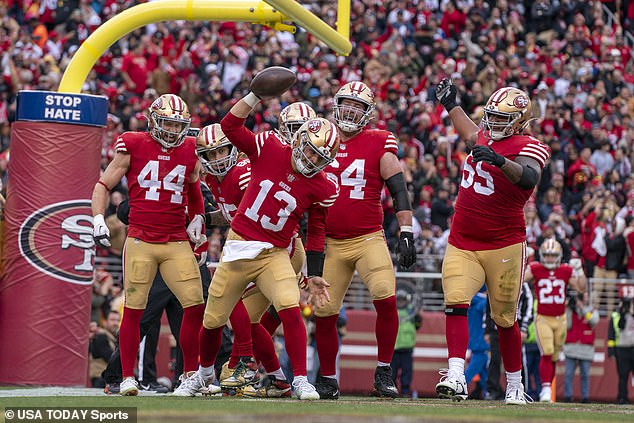 Purdy’s family watched from home when he replaced Garoppolo in the first quarter of San Francisco’s 33-17 win over the Miami Dolphins last Sunday.

But they made the trip to to Levi’s Stadium this weekend with mom Carrie posting on Twitter: ‘We Are On Our Way BP! We Love You & Can’t Wait To Watch You Do Your Thing! #13,’ with a photo of her and family traveling to the game.

She then followed that Tweet with a picture in the stands, captioned: ‘We Love You BP! Let’s Go Niners! So Stinkin Proud of You! Xoxo, Mom & Crew!!’

Purdy made history by becoming the only quarterback to beat Brady in his first career start as he ended the game with three touchdowns and 16 completed passes out of 21 for 185 yards. 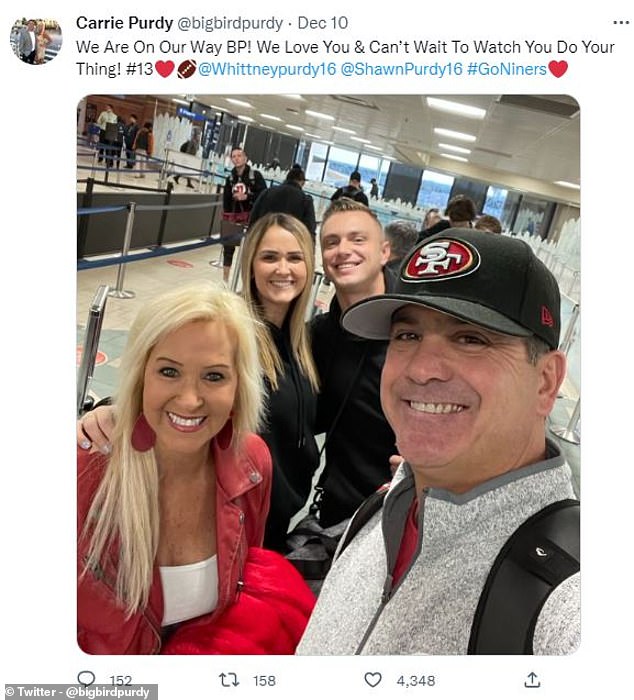 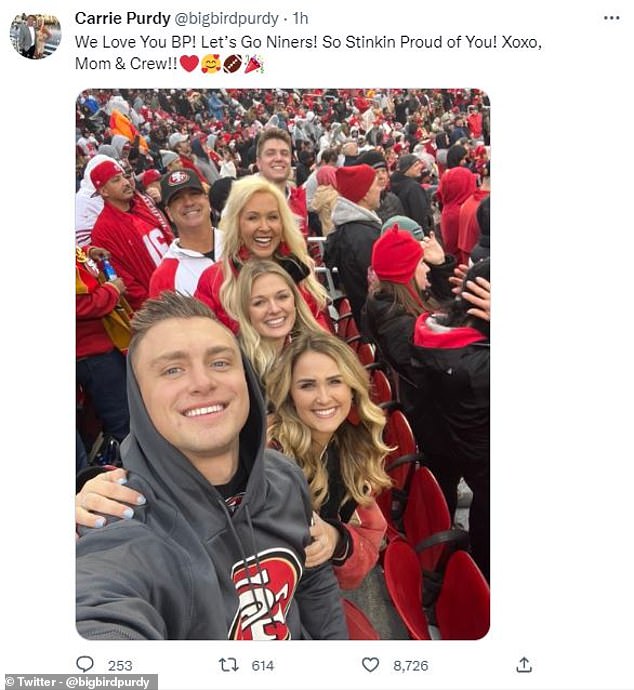