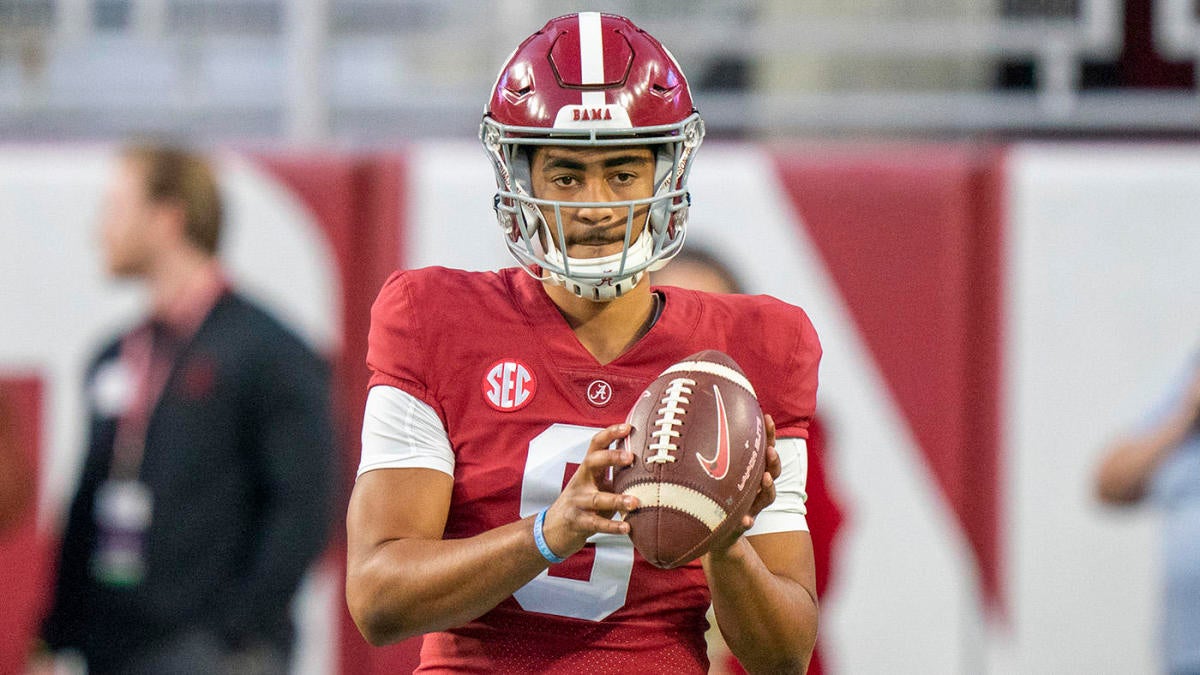 Alabama star quarterback Bryce Young (shoulder) is reportedly “on track” to play in the No. 3 Crimson Tide’s critical showdown with No. 6 Tennessee on Saturday afternoon. Citing a Friday conversation with Alabama coach Nick Saban, ESPN reports the reigning Heisman Trophy winner is expected to start for the Crimson Tide if all goes well in pregame warmups.

“We’ll find out in pregame,” Saban told Dennis Dodd on CBS Sports HQ about Young’s status. “He’s been able to practice some this week. We’ll see if he has the arm strength and see what his pain tolerance is, although I think [the pain is] going away. We won’t know until we go out in pregame.”

Young was dressed out but didn’t play in last week’s 24-20 win over Texas A&M. Jalen Milroe filled in for Young, tossing three touchdowns and rushing for 83 yards while turning the ball over three times.

Young suffered a sprain to the AC joint in his shoulder during Alabama’s 49-26 road win over Arkansas two weeks ago. He attempted a throw while falling to the ground and landed awkwardly with his right arm extended. Though he initially returned to the field on the next drive, Young went into the injury tent after an incomplete third-down pass before heading into the locker room. Despite returning to the sidelines in pads at the start of the third quarter, he didn’t return to the game.

Saban listed the 2021 Heisman Trophy winner as a game-time decision prior to last week’s game — the same designation he carries ahead of the tilt against the Volunteers — before settling on Milroe under center. Milroe, a redshirt freshman, threw one interception and fumbled twice with both cough-ups resulting in touchdown drives for the Aggies.

“I just think Jalen played with a lot of anxiety,” Saban said Monday of Milroe’s performance in his first start. “I don’t think he allowed himself to let his training sort of guide him and trust and believe in it so that he could have success in executing plays. You can’t turn the ball over and not execute plays like they’re designed relative to the read of what you should and shouldn’t do. So, those things are all things that we all need to definitely improve on so that we can utilize all 11 players on our offensive team.”

Saban was confident Friday night that Milroe would play better if called on against the Vols due to the “experience he gained last week.”