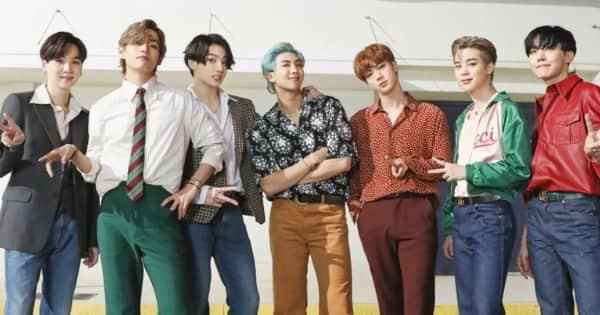 BTS members announced during their FESTA dinner party that they will be focussing a little more on their solo projects henceforth. BTS is currently the biggest boyband in the world. They have been in the music industry for about 10 years now and the kind of success they achieved in the last couple of years is unprecedented and amazing. BTS (RM, Jin, Suga, J-Hope, Jimin, Taehyung and Jungkook) having worked relentlessly and tirelessly for years, have now entered the second chapter of their lives. They would be now focussing on their solo music career alongside other group activities. And some of them have already achieved success after their solo debuts.

So, Billboard took to their Twitter handle a couple of hours ago and shared that six of the BTS members have topped the Emerging Artists chart of Billboard. The six band members include Min Yoongi aka Suga/AgustD who topped the chart in 2018 and again in 2021, Kim Namjoon aka RM in 2018, Kim Taehyung aka V, Jeon Jungkook aka Jungkook, Jung Hoseok aka J-Hope and Kim Seokjin aka Jin in 2022. All of the aforementioned six members have hit the number one spot.

BTS ARMY now bats for Jimin to TOP as well

As soon as Billboard dropped the tweet, ARMYs joined in and tweeted out supporting Jimin who is yet to release his solo song/album. ARMY is confident that Jimin will be next and he will join his bandmates on that list soon. Billboard’s tweet is the talk of Hollywood News.

Six members of @BTS_twt have now hit No. 1 on the #EmergingArtists chart:

JIMIN WITH THAT HIT ALBUM NEXT

Our jiminiii will be next

Meanwhile, Park Jimin aka Jimin seems to be working very hard on his solo album. He has met a lot of international producers in the recent past and his pictures with them have gone viral and how! Recently, Jimin grabbed headlines for a collaboration with Austin Owens. He is also reportedly collaborating with Duane Benjamin and his choir.