BTS and Jennifer Lopez collaboration on the cards, Ryan Reynolds opens up about his ‘fairytale romance’ with Blake Lively and more 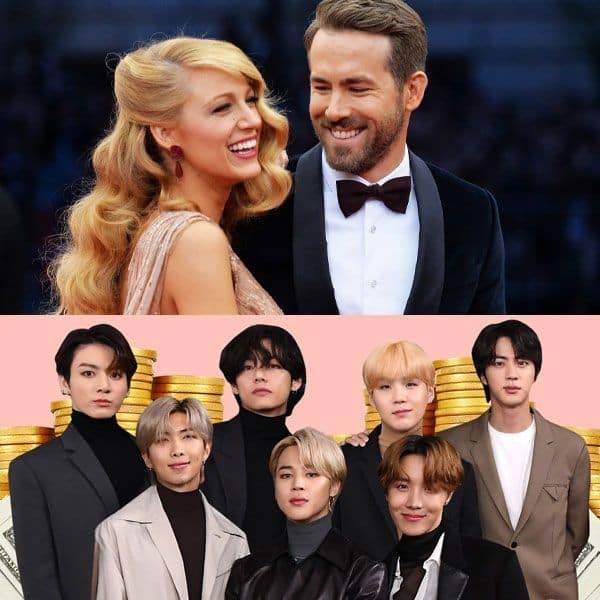 Well, once again we saw international celebs grabbing the headlines for their professional and personal achievements. While BTS’ new track Permission To Dance topped the Billboard Hot 100, Deadpool actor opened up about his ‘fairytale romance’ with Blake Lively. So, let’s meet the Hollywood newsmakers of the day… Also Read – Thanos creator Jim Starlin thought Avengers: Infinity War would be ‘piece of sh*t’ like Justice League – here’s why

After BTS’ reunion with Ed Sheeran for Permission To Dance turning out to be a massive global chartbuster, ARMY thinks that the popular K-Pop band might collaborate with the Latin American singer and actress Jennifer Lopez as the they both have recently followed each other on Twitter. With these two singing sensations becoming mutual on the micro-blogging site, ARMY wonders that whether the Bangtan Boys are finally working on their Spanish release. Also Read – The Courier movie review: Benedict Cumberbatch’s spy thriller compromises on the suspense, but scores on the humane front

Ryan Reynolds opens up about his ‘fairytale romance’ with Blake Lively

Popular Hollywood star Ryan Reynolds, who recently appeared on appeared on the Smartless podcast hosted by Jason Bateman, Sean Hayes and Will Arnett, opened up about his fairytale romance with wife Blake Lively. The actor recalled his first meeting with Blake and said, “I met Blake on the darkest crease in the anus of the universe called Green Lantern.” Recalling how one train ride changed the couple’s life and said, “Next thing you know, she was going to Boston, I was going to Boston and I said, ‘Well, I’ll ride with you.’ We got on the train and we rode together. I was just begging her to sleep with me.”

BTS’s latest track Permission To Dance has dethroned their previous track Butter to top Billboard Top 100 list. RM aka the leader of BTS, Kim Namjoon took to his Weverse handle and penned a heartfelt thank you note. The translation of the same reads, “I have mixed emotions !! because I continuously wasn’t unable to see you. My joys and sorrows were in a buried state, but today I want to close my eyes and enjoy while dancing! It’ll be fun for sure! Thank you sincerely for presenting these feelings it’s truly an honour, thank you! I would like if one day we can embrace each other and share with each other the joy we couldn’t share! Thank you with all of my heart.”

Popular British actor Benedict Cumberbatch, who has turned 45 today, got birthday wish from Avengers: Endgame costar Mark Ruffalo as he shared the pic of Dr Strange star and wrote, “Benny, you stand out in a crowd! Happy Birthday!”. v

Justin Bieber recently created a wave on social with her latest pic with wife Hailey as captioned the post, “Mom and Dad.” While this comment grabbed several headlines, wifey Hailey clarify through its comment, which reads, “I think u should maybe change this caption to *Dog Mom and Dad* before anyone gets it twisted.”

‘Made up out of thin air’: China denies hacking charges made by U.S., Canada – National