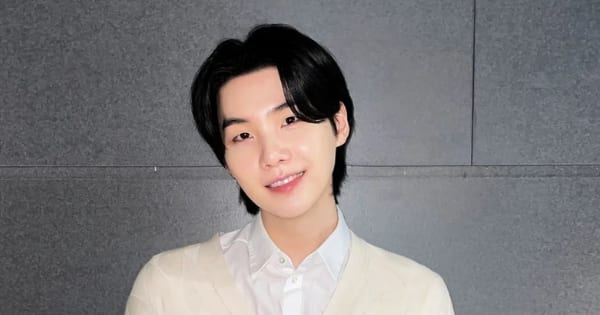 So, an ARMY took to Weverse and shared a picture of what they thought to be Suga’s friendship tattoo. The picture is an extreme close-up of Suga’s feet. The ARMY believed that Suga got ‘7’ inked on the back of his heel. Sharing the picture, the ARMY asked Suga if he/she is right and, finally, the mystery behind Yoongi’s tattoo is revealed. However, they were in for a disappointment as Suga denied saying that he’s not got the tattoo there. The ARMY would have been disappointed as she/he asked him about the ink on his heel. However, the Run BTS rapper didn’t have a clue about it either. Check out their interaction here: Also Read – BTS Suga aka birthday boy Min Yoongi being the best Hyung to the boys is too wholesome [videos]

This is not the first time that Suga’s friendship tattoo has been a topic of discussion. Previously, it was stated that Suga had got himself inked on the nape of his neck. It so happened that Yoongi came live recently, and he flaunted his tresses. It got ARMY wondering if he had got a tattoo hidden behind his mane. Also Read – BTS: Jimin and Jungkook’s throwback Valentine’s Day video is making ARMYs ROFL for THIS reason