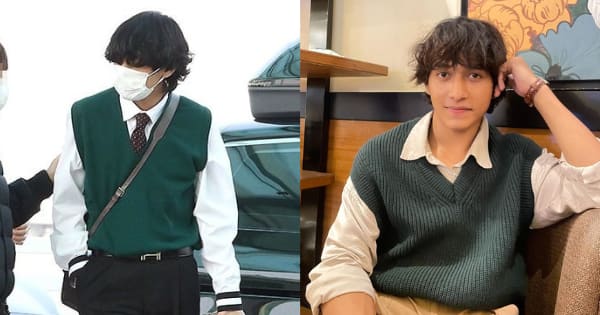 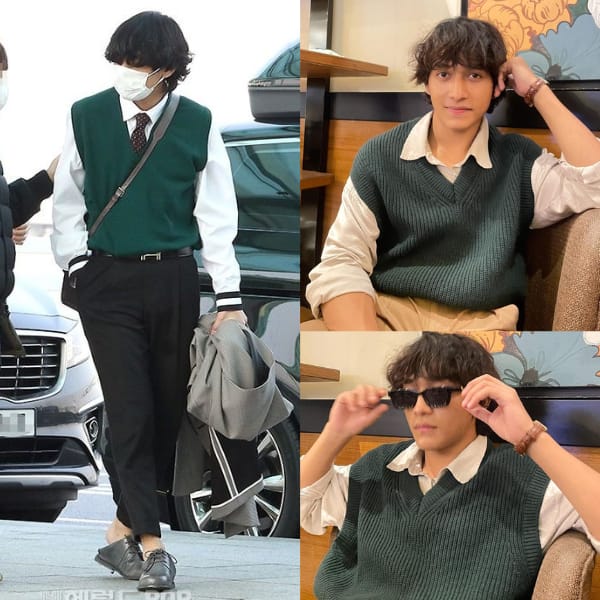 Bangtan Boys – RM, Jin, Suga, J-hope, Jimin, Taehyung and Jungkook – have been global icons not just for their music, their goofiness and charm, but also for thought processes and styles. Every time BTS members are spotted out and about, the BTS ARMY gets into Sherlock mode and digs up info on their outfits. In fact, there are dedicated handles on social media that specifically update information on all the outfits that BTS don. And now, ARMY has found that Jhalak Dikhhla Jaa 10 contestant Niti Taylor’s choreographer Akash Thapa‘s style is very similar to that of Kim Taehyung aka BTS V. Also Read – Hollywood Weekly News Rewind: Fans bust mystery of Kim Taehyung-Jennie dating rumours; Amber Heard moves to smaller house and more

Recently, at Jhalak Dikhhla Jaa 10’s grand launch party, along with all the contestant’s list, choreographers were also revealed. Niti Taylor’s choreographer is Akash Thapa, a dancer and choreographer. And after he was introduced, Desi BTS ARMY was quite intrigued by his fashion. There are some pictures of Akash on which ARMYs have left comments that his look is similar to that of BTS V or that Akash reminds them of Taehyung. Check out this one post of Akash Thapa in a green sweater vest and white shirt. Also Read – BTS Busan concert: Date, ticket prices, motive, stadium capacity, theme, streaming services and more crucial deets

Kim Taehyung’s fashion statements often grab headlines in Hollywood News. And after coming across ARMYs came across Akash’s pictures, they found more pictures wherein they felt his style was similar to that of BTS V. Check out some of the posts on which ARMYs left comments here: Also Read – Trending Hollywood News Today: BTS V aka Kim Taehyung-Jennie dating mystery intensifies, Sylvester Stallone debunks divorce rumours over ‘dog-fight’ and more

For the unversed, Akash Thapa had participated in Super Dancer 2. He reached the TOP 4. Akash has won a lot of hearts with his dancing abilities. He is quite popular on Instagram as well. He is just 18 years old. Elsewhere, in BTS news, BTS V aka Kim Taehyung is in NYC. He is working with Vogue Magazine. Reports state that V is going to work on a photoshoot. ARMY is very excited about the same.