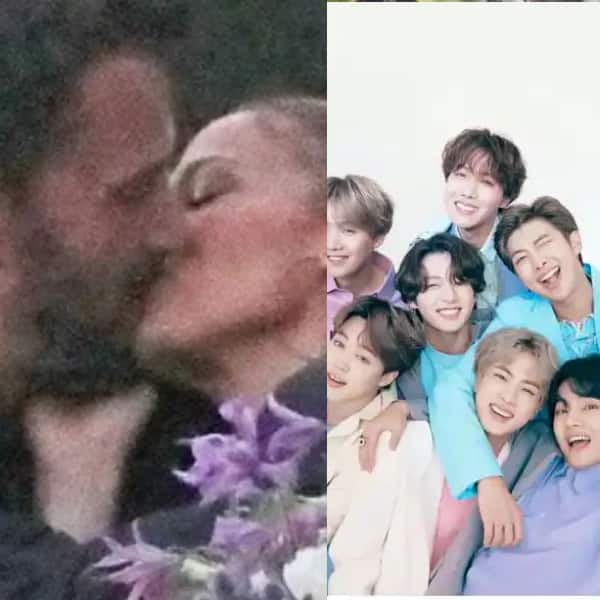 It’s time for your daily dose of Hollywood news. As the day comes to an end, we bring to you all the trending stories that kept Hollywood stars in the headlines. Among the newsmakers, we have Korean band BTS, as always. Apart from the septet, stars like Jennifer Lopez, Dwayne Johnson and others also kept buzzing in the news. Also Read – Hollywood News Weekly Rewind: BTS and Ed Sheeran’s new track Permission To Dance creates fan frenzy; Scarlett Johansson’s first pregnancy becomes talk of the town and more

With BTS’ latest release Permission To Dance making it to the to top of Billboard Hot 100 Chart, the K-pop band has managed to set themselves on par with Drake. They have set a record by replacing themselves at No 1 position. Last, it was Drake who had replaced himself on the chart. ‘ Also Read – Trending Hollywood News Today: BTS to appear on Jimmy Fallon’s The Tonight Show, Robert Downey Jr pays tribute to father Robert Downey Sr and more

Jennifer Lopez’s kids reaction to her romance with Ben Affleck

Jennifer Lopez’s whirlwind romance with her ex-fiancé Ben Affleck is grabbing everyone’s attention. Now, her kids reaction to it has been reported. As per a source of People.com, Jennifer’s two kids are ‘slowly getting to know Affleck’ and everything seems to be sailing smoothly. An insider also added, “Emme and Max are on board with starting fresh in L.A.”

In an interview ahead of the release of their film Jungle Cruise, Dwayne Jackson revealed how he was ghosted by Emily Blunt. He shared that he sent her a video and she did not respond at all. “I must have shot it about five or six times because I had not communicated with Emily yet. I had not even met her. And I wanted to let her know via this video just how important she was to this movie and how I only wanted her in this movie. And it was great. And I never heard from Emily again. She didn’t respond at all, just ghosted me,” he said to The Hollywood Reporter.

As per the reports, Hollywood producer Harvey Weinstein, who suffers 23 years in jail, pleaded not guilty in a courtroom in Los Angeles, where he was brought for further sex crime charges. Reportedly, he categorically denied 11 charges of sexual assault against him made by 5 women.

Courteney Cox who played Monica in FRIENDS has reacted to the reunion of the sitcom grabbing Emmy Nominations. To Entertainment Weekly, she said, “Honestly, I am so happy that the reunion has been recognized because I think it’s terrific. [Director] Ben Winston did a great job and all of his crew. That’s not exactly the Emmy I was looking for. I’m being honest with you.”

CarryMinati Says Shooting For Mayday Was ‘Therapeutic’ Amid Lockdown…

Target to require workers to mask up in areas where Delta…