BTS gets a shout out from Elton John for Permission To Dance, Black Widow director reveals why they didn’t have a cameo of Robert Downey Jr.’s Iron Man in the film and more 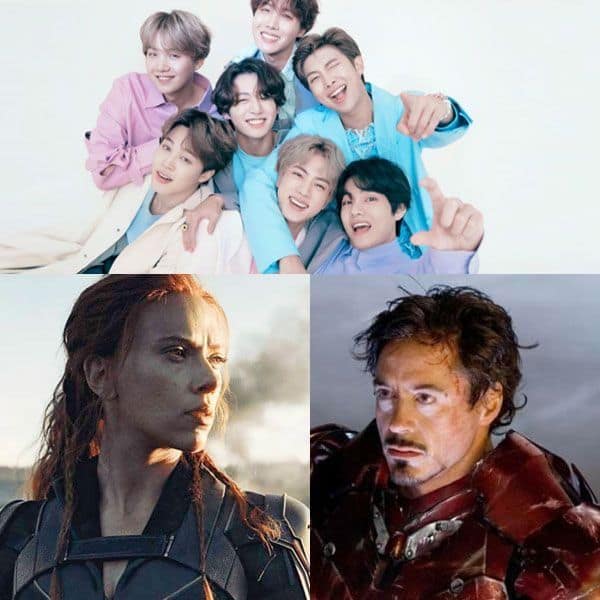 Well, the day belongs to BTS and MCU as they have ruled our hearts and got appreciation for their respective professional work. While BTS got a shout out from the veteran English singer-songwriter Elton John for their latest track Permission To Dance, Black Widow director Cate Shortland revealed the reason of not keeping Robert Downey Jr.’s Iron Man in Scarlett Johansson’s film. So, let’s meet the newsmakers of the day… Also Read – Hollywood News Weekly Rewind: BTS and Ed Sheeran’s new track Permission To Dance creates fan frenzy; Scarlett Johansson’s first pregnancy becomes talk of the town and more

When it all seems like it’s right, I sing along to @bts_bighit #PermissionToDance

BTS’ latest track, Permission To Dance has already emerged as a global chartbuster and while the ARMY is showering its love on the peppy track, veteran singer Elton John gave a shout out to their song as he twisted the lyrics of BTS and wrote on his Twitter account, “When it all seems like it’s right, I sing along to @bts_bighit #PermissionToDance.” The original lyrics are: “When it all seems like it’s wrong, Just sing along to Elton John.” Also Read – Trending News Hollywood Today: Elon Musk supports Britney Spears amid conservatorship battle, Blade actor Stephen Dorff trashes Scarlett Johansson’s Black Widow and more

Black Widow director reveals why they didn’t have a cameo of Robert Downey Jr.’s Iron Man in the film

Back in 2019, there were rumours that Robert Downey Jr’s Iron Man will have a cameo in Black Widow. While the director of the film Cate Shortland revealed that were discussions regarding the cameos of other MCU characters, they later changed their mind for good. Talking to GamesRadar+ and Total Film, Cate said, “Initially, there was discussions about everything, about all of the different characters.” She added, “What we decided was, and I think Kevin was really great, he said, ‘She doesn’t need the boys.’ We didn’t want it to feel like she needs the support. We want her to stand alone. And she does.”

Zendaya opens up on reunion with Tom Holland and Spider-Man: No Way Home cast

Tom Holland and Zendaya recently wrapped up the shooting of Spider-Man: No Way Home. Talking about her reunion with rumoured beau Tom Holland, she told E! News’ Daily Pop, “It was so much fun. It was also kind of bittersweet.” She added, “So, we were all just absorbing and taking the time to just enjoy the moment, being with each other and being so grateful for that experience because we’ve been doing it since I was, I mean, I did the first movie [Spider-Man: Homecoming], I was 19. There’s been so many different Spideys before us and just kind of making everybody proud. I feel very, very lucky to be a part of two major legacy franchises, I guess.”

Scarlett Johansson’s Black Widow, which released in the last weekend at the box office has turned out to be a winner as it emerged as the biggest opening weekend grosser at the USA box office with the collections of $80 million beating Vin Diesel’s Fast And Furious 9, which had earned $70 in its first weekend.

Taika Waititi opens up on his ‘craziest film’ Thor: Love And Thunder

Filmmaker Taika Waititi recently opened up on his ‘craziest film’ Thor: Love And Thunder as he told Empire, “If you wrote down all the elements of this film, it shouldn’t make sense. It’s almost like it shouldn’t be made. If you walked into a room and said, ‘I want this and this and this.’ Who’s in it? These people. What are you going to call it? Love And Thunder. I mean, you’d never work again. Maybe I won’t after this.” He added, “It’s crazier. I’ll tell you what’s different. There’ll be far more emotion in this film. And a lot more love. And a lot more thunder. And a lot more Thor, if you’ve seen the photos.”

Over 100,000 children could face extreme starvation in Ethiopia’s Tigray…