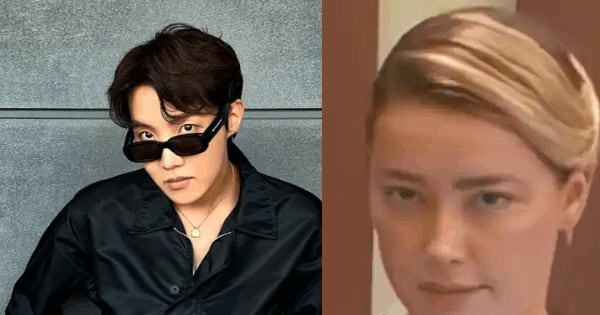 Hollywood never stays calm. Stars are always making the headlines. Be it for films or their personal lives, Hollywood stars are always grabbing attention. Today, it is BTS band member J-Hope who has turned out to be a big newsmaker. He is being slammed on social media for liking rapper Crush’s post. Amber Heard is also once again in the news as the updates of her whereabouts have to come to fore. Kanye West has been making it to headlines for the last few days and today is no exception. So here’s looking at all the top updates of the day.

It so happened that rapper Crush faced backlash after a video of him went viral. He got termed racist as the video showed him withdrawing from giving a high-five to a fan after allegedly seeing his colour. Crush took to his social media to clear the misunderstanding and apologised for the same. J-Hope liked the post and now he is being bashed for it.

Amber Heard and Johnny Depp’s defamation case garnered a lot of attention. Now, reports suggest that Amber Heard is living a lowe key life in Spain. Reportedly, she is using a pseudo name to stay in a village along with her daughter. As reported by Spanish newspaper, El Mundo, locals say that she is polite to everyone, speaks Spanish with her Mexico accent and wishes everyone good morning.

Rapper Kanye West has been keeping in the news for quite sometime now. His social media posts slamming a few celebs got everyone talking. Now, the rapper, as reported by Page Six was spotted on a dinner date with model Juliana Nalu. She was holding his arm. What’s cooking?

One of the stars that Kanye West allegedly targetted was Hailey Bieber. But it looks like his comments have had no effect on her friendship with Kendall Jenner who happens to be Kanye’s ex sister-in-law. They were spotted together after their workout session as reported by Hollywood Life.