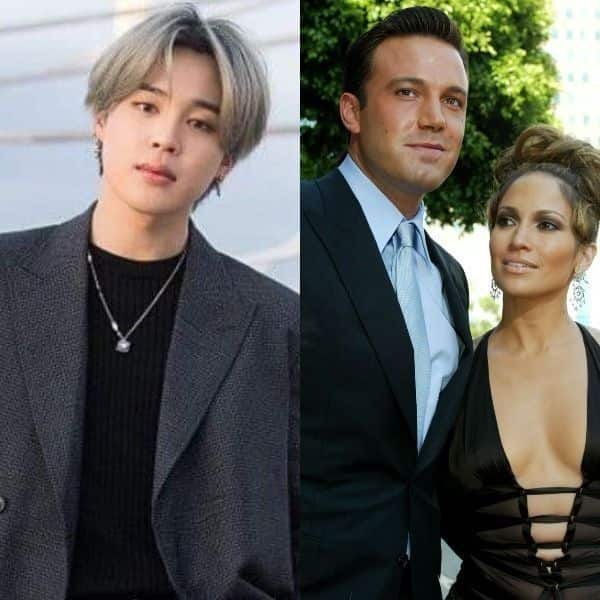 Amid pandemic crisis of COVID-19, we continue to get some juicy news and gossip from our international stars. While BTS member Jimin expressed his gratitude towards ARMY after the band achieves a new milestone with Butter and Permission to Dance, actress and singer Jennifer Lopez cheekily dodged the question when asked about her romance with Ben Affleck. So, let’s meet the international newsmakers of the day… Also Read – When BTS members ate naan, curry and tofu with a fork and ARMY thought it’s paneer – watch priceless video

BTS’ Jimin sends a heartfelt message to ARMY after the band achieves new milestone Also Read – Jennifer Lopez and BTS follow each other on Twitter; is a new collaboration on cards? ARMY thinks so – read deets

After dominating 7 weeks in a row on Billboard, Butter was replaced by another BTS track Permission To Dance. While the songs of the K-pop band has charted at 1 for 8 weeks straight since June, post the release of Butter, Jimin has expressed his gratitude to ARMY as he shared a message on Weverse, which reads, “I am once again sincerely thanking everyone for the huge love and support. I will live a hardworking life. Everyone, please be happy, even if it’s for our sake.” Also Read – Big Hit Music’s clarification on BTS and Coldplay collaboration for My Universe will break Army’s hearts

JLo recently appeared on Today alongside Lin-Manuel Miranda to promote the re-release of their song, Love Makes the World Go Round. During the chat, host Hoda Kotb asked the singer“Look, I just have to tell you, every time I see a picture of you and Ben, I’m like, ‘She looks happier, she looks happier.’ Are we happier?” To which, Jennifer replied, “I’m always happy when I see you Hoda.”

To be fair, when you can’t get a woman sacked, arrested or dropped by her publisher, and cancelling her only made her book sales go up, there’s really only one place to go. pic.twitter.com/MsNWXhWlyc

JK Rowling, who grabbed the headines for her opinion on transgender community revealed that many trans activists have threatened for her thoughts. A user wrote on Twitter, “I wish you had a very nice pipebomb in mailbox.” To which, she reverted, “To be fair, when you can’t get a woman sacked, arrested or dropped by her publisher, and cancelling her only made her book sales go up, there’s really only one place to go.”

The trailer of Ridley Scott’s The Last Duel was recently unveiled and garnered appreciation from fans. The film, which features Matt Damon, Ben Affleck, Jodie Comer and Adam Driver in key roles. It is set to hit the screens on October 15, 2021 in the US theatres.

Britney Spears opens up about her conservatorship struggle

The pop-icon opened up about her ongoing conservatorship struggle through her latest Instagram post, which reads, “So I said “life goes on” in one of my recent posts but it’s always easier said than done !!!!! In that moment that’s what felt was the easiest to say but I think we all know that I will never be able to let go and fully move on until I’ve said all I needed to say … and I’m not even close !!!! I was told to stay quiet about things for so long and I finally feel like I’m just getting here.” She recently won the right to hire her own lawyer and attorney Matthew Rosengart will now be handling her case.

Why Is the COVID Delta Variant Such a Worry? It’s More…