BTS’ Jin CONFESSED his love for V; what happened next will blow your mind! 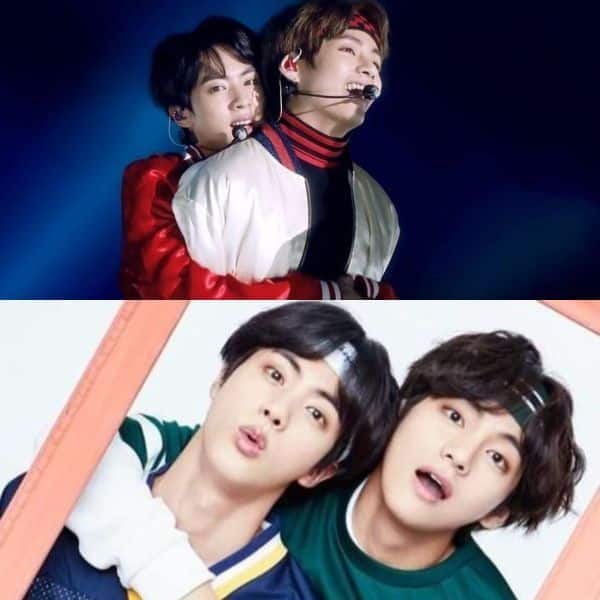 If you are a BTS fan already you must be aware of Jin and V’s deep friendship. These two sweethearts share a close bond and their bond has grown strong with time. Time and again, both Jin and V have showcased their love for each other and made us fall in love with their cuteness. Also Read – BTS: Check out Jin’s words of wisdom that the ARMY lives and swears by

There was a time when Jin made a sudden confession to V and left everyone shocked. Also Read – BTS: The septet to release their comeback album on 9th July? ARMY here’s an update from Big Hit aka HYBE

Jin was once talking about how BTS was going to upload several food pictures on social media. But then V asked Jin why he is always seen talking about food. Jin replied saying that because he likes eating. Also Read – BTS: V’s solo Stigma reaches the top spot in this Billboard segment; fans trend CONGRATULATIONS TAEHYUNG

V got a bit playful and asked if eating is the only thing that Jin likes? Jin’s witty yet epic reply left V and RM stunned. Jin said that he likes V as well and he got a bit shy. He suddenly covered his mouth. RM heard Jin’s confession and jokingly told him to stop.

1 Killed, at Least 8 Others Wounded in Georgia Shooting, Police Say

Biden to Nominate Carlos Del Toro for Secretary of the Navy

Abdominal Aortic Aneurysm: Emergency or Not?

New Cell Atlas of COVID-19 Pathology Reveals How the…

Christian Eriksen “Awake” In Hospital After…