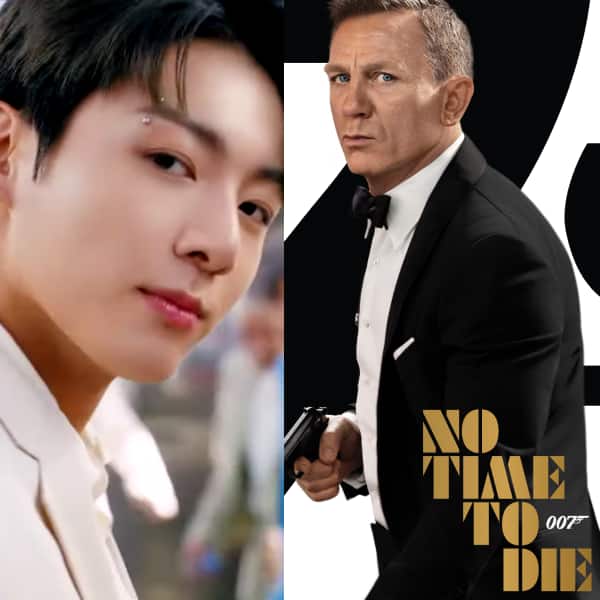 As the day comes to an end, we are back with your daily dose of trending Hollywood news. There has been an update in BTS member Jungkook’s under-the-table advertising case. Daniel Craig’s recent James Bond film No Time To Die has received a thumbs up from the audience and is breaking records at the box office. Scroll on to know all the details: Also Read – Trending OTT News Today: Farhan Akhtar’s MEGA DEAL with Netflix, Richa Chadha’s jaw-dropping prep for Candy, Billie Eilish rekindles drive-in magic and more

A few days ago, BTS’ member Jungkook was reportedly accused of promoting his brother’s clothing brand in his pictures. A complaint was filed against him on the basis that he was trying to indirectly endorse the product, thus violating the practice of fair and free trade. However, now a representative of Fair Trade commission revealed that Jungkook’s case lacks the “intention” of manipulation of sales and hence “it is unlikely for Jungkook’s action to be defined as an under-the-table advertisement,” as reported by Hankyung. Also Read – Grammy Awards 2021 Complete winner’s list: Beyoncé creates history, Taylor Swift wins big, Harry Styles and Billie Eilish join the league

No Time To Die breaks records

Daniel Craig’s recent and last James Bond movie No Time To Die has received a great response from the audience. So much that it is breaking record at the box office at international box office. The film has reportedly earned $119.1 million from 54 international markets which does not include US and China.

In a few rare pictures that have made it to the internet, we see Jennifer Lawrence flaunting her growing baby bump. She could be seen in black leggings and a black sports bra.

During her Austin Performance, Billie Eilish slammed the Texas’ abortion law. She said, “When they made that s*** a law, I almost didn’t want to do the show, because I wanted to punish this f*****g place for allowing that to happen here. But then, I remembered that it’s you guys that are the f*****g victims, and you deserve everything in the world.”

On her Instagram stories, Jennifer Aniston shared a dialogue from sitcom FRIENDS while sharing her opinion on the Texas’ abortion law. Her dialogue was “I repeat.. no uterus, no opinion.”

Why can’t I sleep without needing to urinate? DR MARTIN SCURR answers your health questions

Best Amazon Beauty Sales: The Product Deals to Shop Now, According to Vogue

15 Saddest Movies That Are Certified Tearjerkers

C.D.C. Panel to Debate Boosters and…

Victoria Beckham On Her Most Affordable Collection to Date