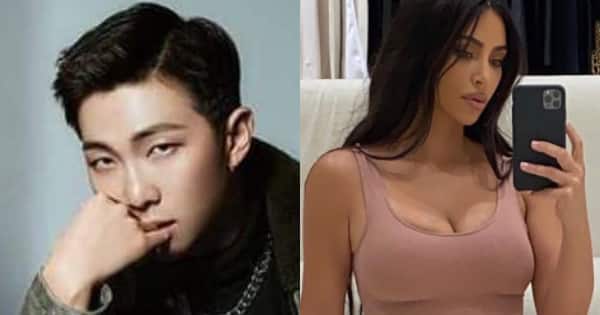 It is time to scan through all the top Hollywood stories of today. A lot of stars made it to the headlines. For all the fans of Korean boy band BTS, it is a big day as it is Kim Namjoon aka RM’s birthday. He is trending on social media as fans are pouring in wishes for him. Kim Kardashian is also in the news as in an interview she expressed her desire to be a part of a Marvel Cinematic Universe movie. Johnny Depp and Amber Heard‘s defamation trial also took up some space. Scroll on to get all the top stories. Also Read – BTS’ RM aka Kim Namjoon’s fans from India plant 500 trees in Noida on his birthday; ARMYs thank their ‘wholesome gesture’

BTS ARMY is all over social media celebrating Kim Namjoon’s birthday. The group leader who goes by the stage name RM turned 29 years old. While everyone is wishing him a very Happy Birthday, he took to his Instagram account to thank everyone. He even gave a glimpse of his unusual cake. Also Read – BTS leader RM birthday: Kim Namjoon’s Vlive was spammed by J-Hope and ARMY is loving it [View Tweets]

Kim Kardashian would like to be a part of MCU

In an interaction with Interview Magazine, Kim Kardashian spoke about her acting career. When asked if she would like to be a part of films, she stated that if an interesting role may be in a Marvel film would come her way, she would like to do it. She was quoted saying, “Would I act? I would if something fun came about. Maybe a Marvel movie, that would be so fun to do. I’m not actively looking, but I think things just come when they’re supposed to.” Netizens are tripping over this. Also Read – Hyun Bin fails to recognise BTS’ Jimin; ARMY digs up the latter’s old video in payback [Watch]

All about Johnny Depp and Amber Heard defamation trial docuseries

Johnny Depp and Amber Heard’s trial was a televisied one and everyone saw what unfolded in the court. Now, a docuseries about the same case is going to release on OTT. It will be made available on discovery+ from 19th September. The documentary is titled Johnny vs Amber: The US Trial and it is going to be a 2 part series.

The fourth episode of House of Dragon is now live and fans are tripping over A scene shared by Daemon Targaryen (Matt Smith) and his niece, Princess Rhaenyra Targaryen (Milly Alcock) in particular has got fans’ attention. All are talking about the ‘moment’ that they share on the show.

Brie Larson who was a part of Captain Marvel has now responded to the online hate that she has been receiving. Talking to Variety, she was questioned for how long she would like to play Captain Marvel and in response came a sarcastic comment. She said, “I don’t know. Does anyone want me to do it again?”