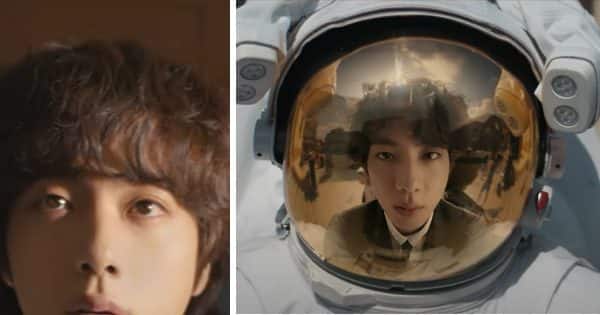 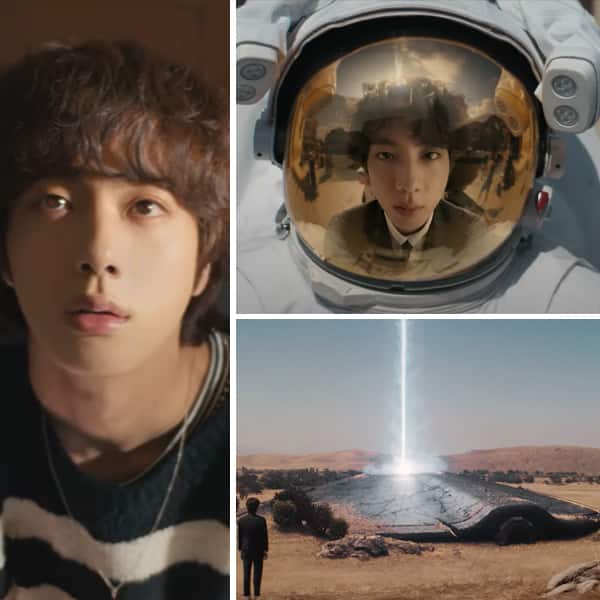 BTS member Jin’s solo song The Astronaut in collaboration with Coldplay is here. There is immense hype around the number as it is his last solo song before he heads off to the Korean military for his mandatory enlistment. Jin will be starting the procedure in November. The music video is directed by Lumpens, who is a regular with BTS. The song is dominated by Kim Seokjin’s vocals and we can hear Coldplay playing in the backdrop. The concept is that of as Astronaut who makes Earth his home and establishes meaningful relationships with people. There is a little girl in the video, and their bond is adorable. Kim Seokjin aka Jin also shows off his solid acting chops with his eyes doing all the talking.

The video is so unlike what we expect out of the K-Pop scene. Today, he will be performing it live in Argentina with Coldplay in the city of Buenos Aires. The song, which is melodious and soulful is a tribute to his relationship with ARMY. The lyrics say that it was the fandom who helped him find his dreams, and with them he feels like it is heaven. Fans are a sobbing mess right now. Take a look at the tweets…

THE SONG IS WONDERFUL, JIN IS INCREDIBLY TALENTED AND OUR HANDSOME ASTRONAUT ???❤❤?? AND FUCK YOU FOR NOT MAKING A YT PREMIERE FOR OUR SEOKJIN!!

The set had so many little details and easter eggs. So much intentionality! From the guitar Chris gave Jin, to the My Universe art, the words in the crossword puzzle, the use of purple, ugh i can go on and on #TheAstronaut

+ the lyrics… 30 minutes have passed and i’m still crying. so beautiful & meaningful! also considering that the song was inspired by the fact that Jin has to leave us for a while..???

everything abt #TheAstronaut is beyond beautiful. love it so much!https://t.co/2Xw2Osfn7h

We can go on and on about how handsome he is looking in the video. It was shot in Los Angeles. BTS member Jin aka Kim Seokjin is known as the eldest hyung of the band. J-Hope has already shown his love for the MV.