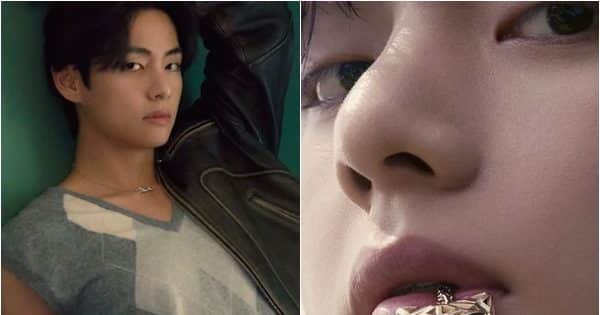 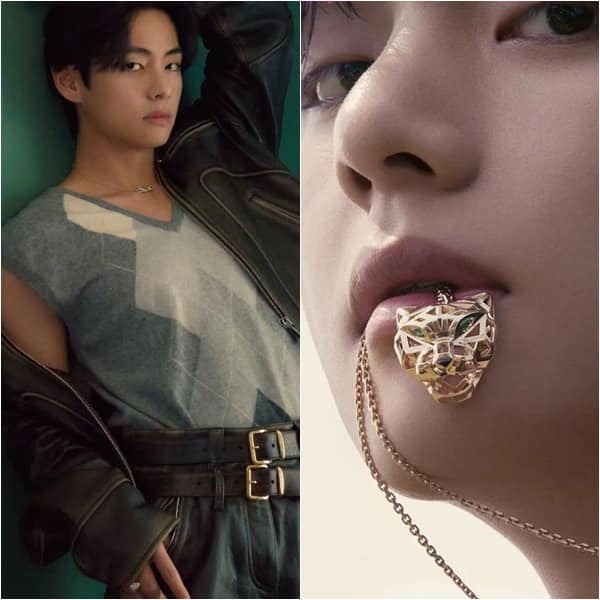 BTS member V aka Kim Taehyung is popular among his fans for his drool-worthy looks. He is a heartthrob of his endless fans. The global icon left everyone awestruck when he featured on Korea’s Vogue magazine cover. The singer dropped a few pictures from the shoot that are the perfect thirst trap for the BTS ARMY. Also Read – Top Hollywood News Weekly Rewind: Harry Styles-Chris Pine’s spit-gate, BTS’ Kim Taehyung-Jennie dating rumours ‘confirmed’ and more

In the pictures, Kim Taehyung is seen posing sensuously for the camera in different kinds of chic outfits. From breathtaking close-up shots to bending the gender norms by donning a necklace and a pair of earrings, Kim Taehyung has surely set a precedent for the artistes around the world that often trend on Hollywood News. Also Read – Trending Hollywood News Today: Squid Game star Lee Jung-jae to headline Star Wars series The Acolyte, Blonde screening leaves Ana De Armas in tears and more

As soon as the pictures were released on social media, BTS ARMY couldn’t stop showering praises upon him. Fans were blowed over by Kim Taehyung’s looks and now they waiting for the magazine to share more pictures of their idol in the days to come. Also Read – BTS: Unfazed by dating rumours with Jennie, V aka Kim Taehyung drops shirtless pictures; ARMY has a meltdown [View Tweets]

In June, K-Pop sensations had revealed their plans to pursue solo careers and grow as individuals. The septet Jin, Suga, J-Hope, RM, V, Jimin and Jungkook broke the news to their armies of fans during their annual FESTA dinner which celebrated the hugely popular band’s nine years together.

Formed in 2010, South Korean boyband BTS, also known as the Bangtan Boys, had also taken a break in December 2021, when the group said they needed some down time to recharge. They also took a mini break in 2019.