BTS’ V reveals what he misses the most about being on tour, Blackpink’s Lisa promises to educate herself for THIS reason 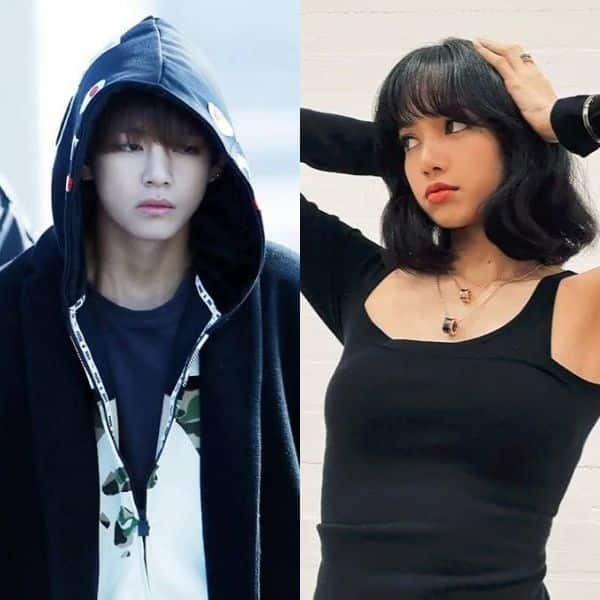 Hope you are staying safe and doing fine. We are here to make your weekend better with our trending Hollywood news of the week. From BTS’ V revealing what he misses the most about being on tour to Blackpink’s Lisa promising to educate herself, here’s all the exciting stuff from Hollywood last week. Also Read – Trending Hollywood news today: ARMY cannot stop raving over Kim Taehyung’s visuals from BTS X Coldplay’s My Universe MV, Britney Spears’ father removed as her guardian and more

BTS’ V reveals what he misses the most about being on tour
In a recent interview with TV journalist Juju Chang for the talk show Good Morning America (GMA), we saw BTS and President Jae talking about many things. V got emotional when he spoke about what he misses the most about being on tour. He said, “Most important of all are our fans, who trust us, root for us and embrace everything about us. It’s been almost a year and a half, two years since I’ve had real eye contact with ARMY.” He added that since he doesn’t see them in person, he sometimes wonder if they really exist. ‘Do they exist? Are they still there?’ I ask myself. So that’s what I miss the most.” Also Read – Britney Spears’ father removed as her guardian, bringing an end to a long, controversial legal battle

Blackpink’s Lisa promises to educate herself after being called out for cultural appropriation
In her Money dance video Blackpink’s Lisa has worn braids. It seems the style belongs to the African-American women and it is a matter of cultural appropriation. In the past, Kim Kardashian and Miley Cyrus have also faced flak for just wearing braids like a costume. It seems a fan read out a letter on cultural appropriation to her during an online event. It was done in a polite manner and she wanted to educate the Thai rapper. The fansign was supposed to be of 90 seconds but it went on till six minutes. Lisa said she did be more careful in the future and even apologized. Also Read – Trending OTT News Today: Fans support Britney Spears, Ankita Lokhande’s BTS video with Shaheer Sheikh, Disney’s Encanto trailer is magical and more

Shraddha Kapoor decided to ditch her luxury car to opt for an auto-rickshaw ride through the streets of Mumbai recently. One of the key highlights of the video was Shraddha listening to BTS and Coldplay’s My Universe.

At the Global Citizen Concert, Priyanka Chopra Jonas appeared right before the Bangton Boys’ act and sparked speculations of the band’s much-awaited tour to India. It will be really cool if that actually happens.

Britney Spears’ father removed as her guardian
Britney Spears’s father Jamie Spear was removed as her guardian on Wednesday by a Los Angeles judge. This has finally ended a long legal battle by the pop star. Britney’s father Jamie was suspended with immediate effect and replaced with a temporary conservator in the best interests of the singer, said Judge Brenda Penny.

At Valentino, Street Style Beauty Got the Runway Treatment

COVID Vaccines Are Over 90% Effective at Preventing Deaths…

What Makes Us Human? The Answer May Be Found in Overlooked…