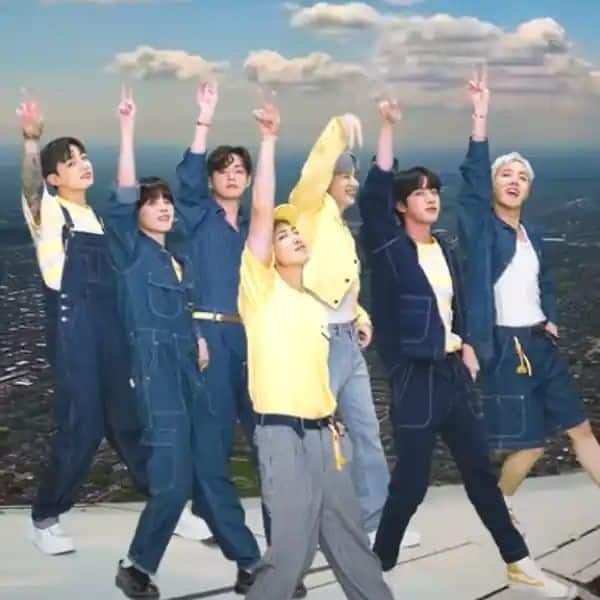 Jimin added, “Thank you VMAs for the Group of the Year award.” RM joint in saying, “And ARMYs, this is all possible thanks to you guys. Though we can’t meet in person, we feel your love every minute, every second.” Suga concluded saying, “We love you and we miss you.” BTS won the Best Kpop category that had nominees like (G)I-DLE for DUMDi DUMDi, BLACKPINK and Selena Gomez for Ice Cream, MONSTA X for Gambler, SEVENTEEN for Ready to love and TWICE for Alcohol-Free. BTS won four MTV Video Music Awards last year, including the Best Group, Best Pop, Best K-Pop, and Best Choreography. This is BTS’ third consecutive year at winning the Best K-pop category. Earlier, they won for Boy With Luv (feat. Halsey) in 2019, for ON in 2020 and now for Butter in 2021. Well, Butter definitely deserves all the praises. The song has broken many records. On August 27, the remix version of Butter released. BTS collaborated with the Grammy-Award-winning rapper Megan Thee Stallion. Also Read – Happy Birthday, RM: From being called a Dance Prodigy to the nickname his father gave him – interesting trivia about BTS’ leader that ARMY needs to know

Interestingly, before this announcement, Megan headed to court as her recording label was preventing her from releasing the single. However, things fell in place and the song released. Well BTS definitely knows how to win hearts with their amazing songs and hence they deserve this win. Also Read – Happy birthday RM: Here’s why BTS leader Kim Namjoon changed his stage name from Rap Monster to RM

Inside “In America: A Lexicon of Fashion” With Andrew Bolton

Devoleena Bhattacharjee Is Disappointed By Shamita Shetty, Says “She Was More…

How to get cheap tickets for the theatre and opera |…