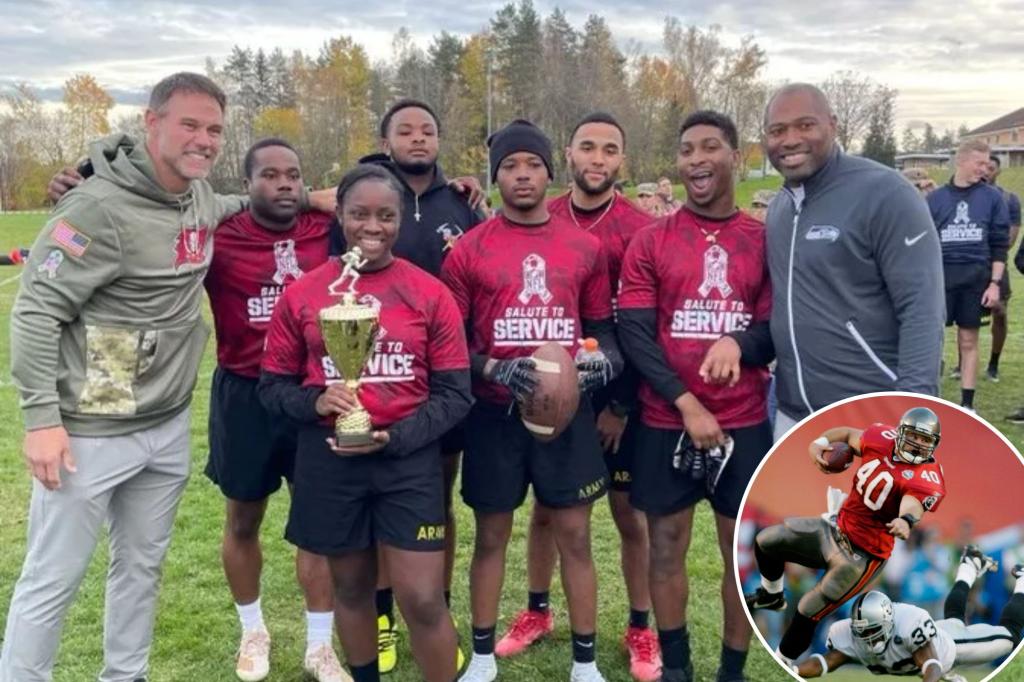 Prior to the NFL’s first-ever game in Germany, Tampa Bay Buccaneers legend Mike Alstott called it “an honor” to be able to work with U.S. military members on Wednesday.

Running the 40-yard dash, shuttles, broad jumping and quarterback competitions were among the drills that these members went through, while also interacting with two of the best to ever play the game. It was an experience that Alstott will never forget.

“It’s pretty much, ‘Oh, it’s an honor, watching you growing up and playing you in ‘Madden,’” Alstott chuckled when asked by Fox News Digital about his interactions with the troops.

The Bucs and Seahawks will be in Munich on Sunday, where Alstott, Alexander and many others will be on hand to witness history. Alstott said he recently had a conversation about being one of the first teams to ever go overseas to play in London and remembering how cool of an experience that was.

The NFL has already played two games in London this year, and they will have this tilt in Germany before the Arizona Cardinals and San Francisco 49ers play in Mexico City on Nov. 21.

Football is a global product that Alstott still thinks is surreal.

“It’s just incredible that you wake up at 9:30 [a.m.], I live in Florida, and we’re all watching an NFL game in London, and now we’re here in Germany,” he said. “It’s incredible. Me being out here with USAA and being at this military base and just soaking it all in. It’s a great experience for the people of Germany, and people to come out here and support the NFL and their teams. I’m honored. This is a cool event.”

Alstott will, of course, be pulling for his Bucs to beat Alexander’s Seahawks, and he said Tom Brady’s 55th game-winning drive of his career last week against the Los Angeles Rams is the spark needed to put them on a run moving forward.

Meanwhile, the Seahawks lead the NFC West with a 6-3 record behind the surprising, yet tremendous performance of quarterback Geno Smith. Simply put, it’s going to be a fantastic game in Munich.

USAA’s Salute to Service Boot Camp represents the evolution of authentic military appreciation events that USAA and the NFL have created to foster an understanding and appreciation for the local military community, bringing the military closer to a game they love.