Giant snake v killer croc!: Extremely rare battle between caiman and an anaconda is caught on camera as snake attempts to crush reptile but is fought off

By Clare Mccarthy For Mailonline

Remarkable pictures have captured an extremely rare battle between a caiman and an anaconda in Brazil.

The snake wrapped itself around the caiman in what turned out to be a dramatic 40-minute fight for survival on the banks of the Cuiabá River.

The caiman desperately attempted to free itself as the anaconda constricted itself more and more, with the giant reptile sinking its teeth into the snake. But the brutal fight eventually ended in a draw after the caiman fought off its attacker.

Wildlife photographer Kim Sullivan, from Indiana, said: ‘The caiman went under [the water]. I could see the tip of the anaconda’s nose struggling to get air. The caiman came up still constricted by the snake and then went down again for a long time. This time it came back up free, and we did not see the snake.

‘The caiman calmly came back to the bank, and we kept our eyes on the river until we finally saw the anaconda come up on the riverbank and slither back into its hole.’ 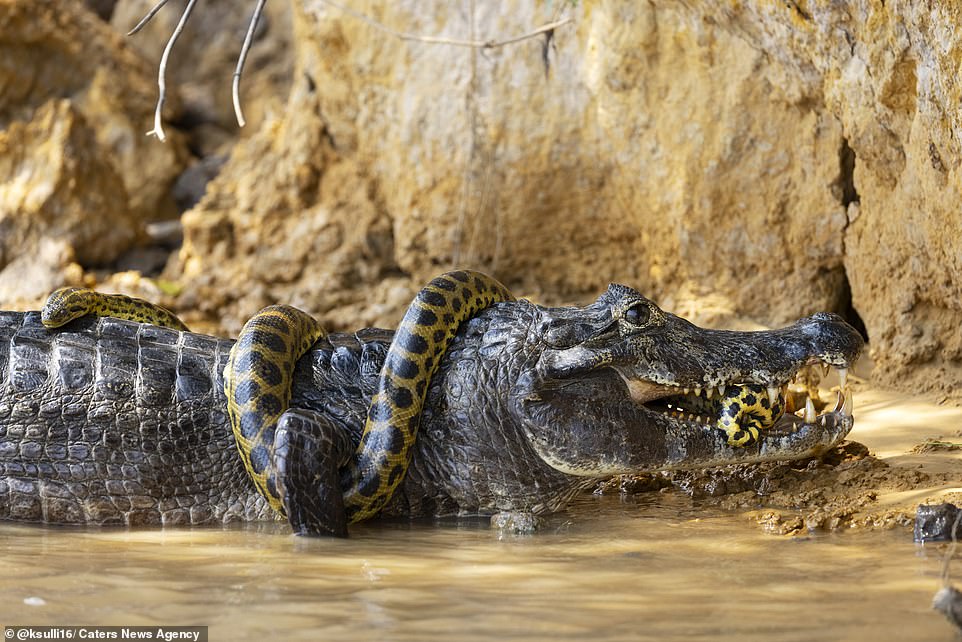 Shocking photos captured the moment a vicious caiman sunk its teeth into an anaconda that gripped it tightly in a dramatic wrestling match on the banks of the Cuiabá River, Brazil 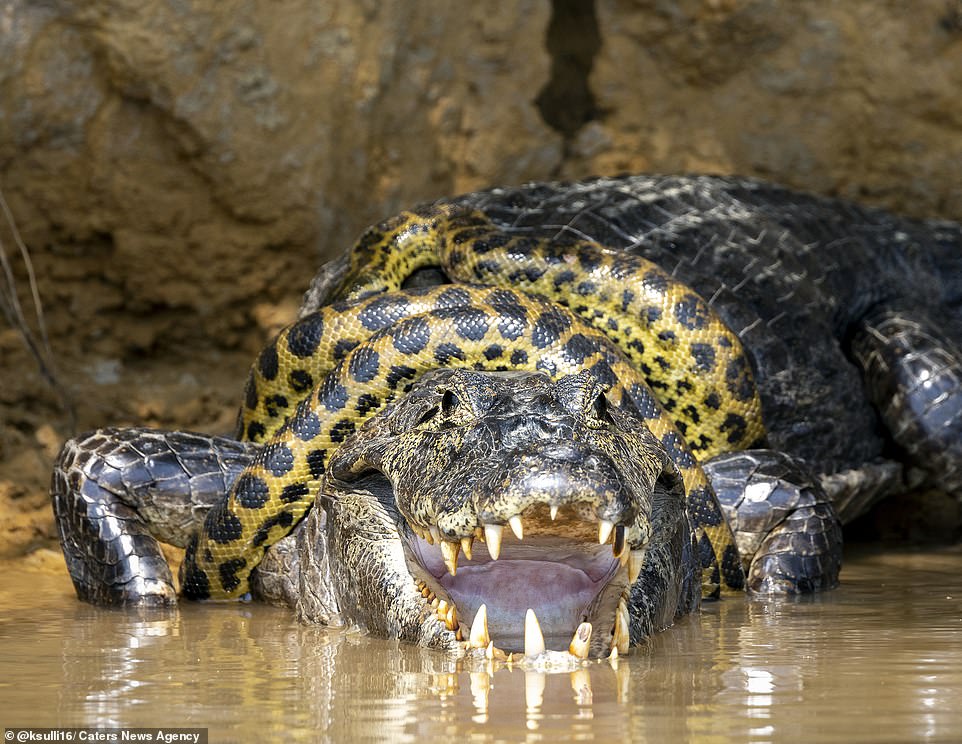 Wildlife photographer Kim Sullivan, from Indiana, witnessed the 40-minute-long struggle between the pair in September, which resulted in a draw 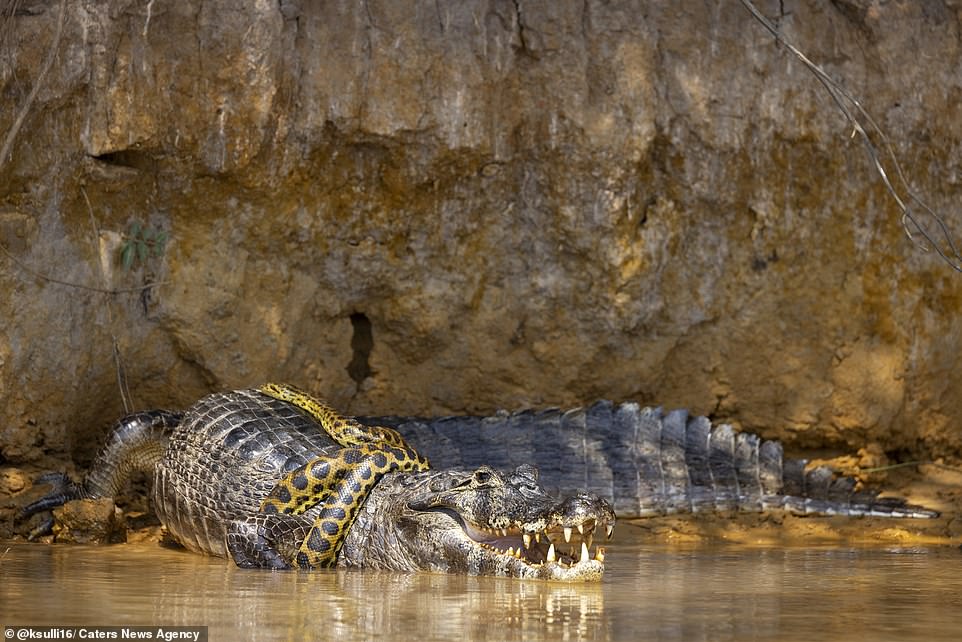 The anaconda wrapped itself around the caiman, constricting it tightly in its grip, before the camain dragged the snake underwater where it eventually let go 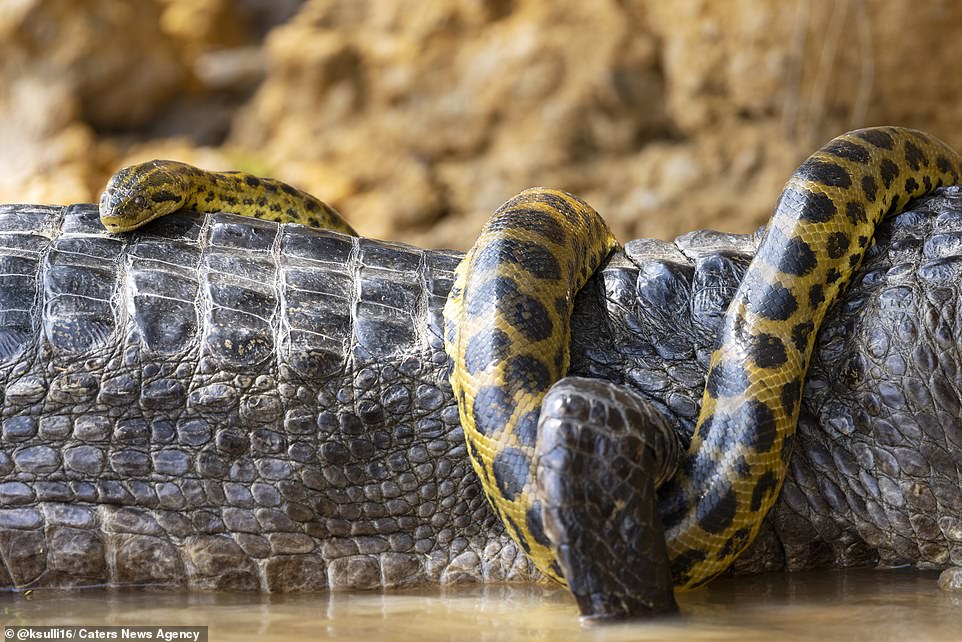 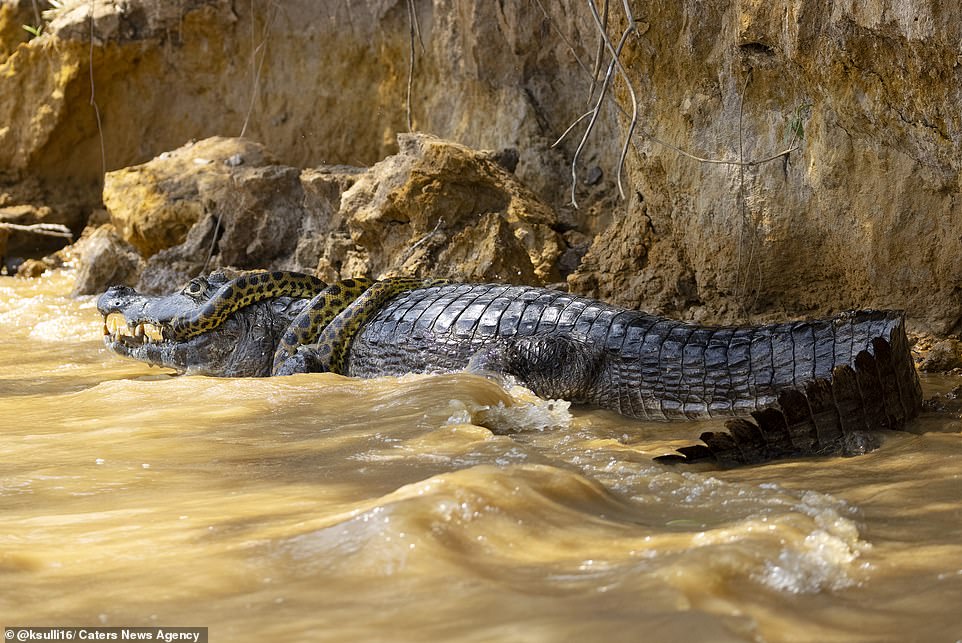 Kim said : ‘There were intermittent struggles when the caiman tried to free itself throughout the 40-minute encounter. It gasped for air and the anaconda constricted more and more.’ 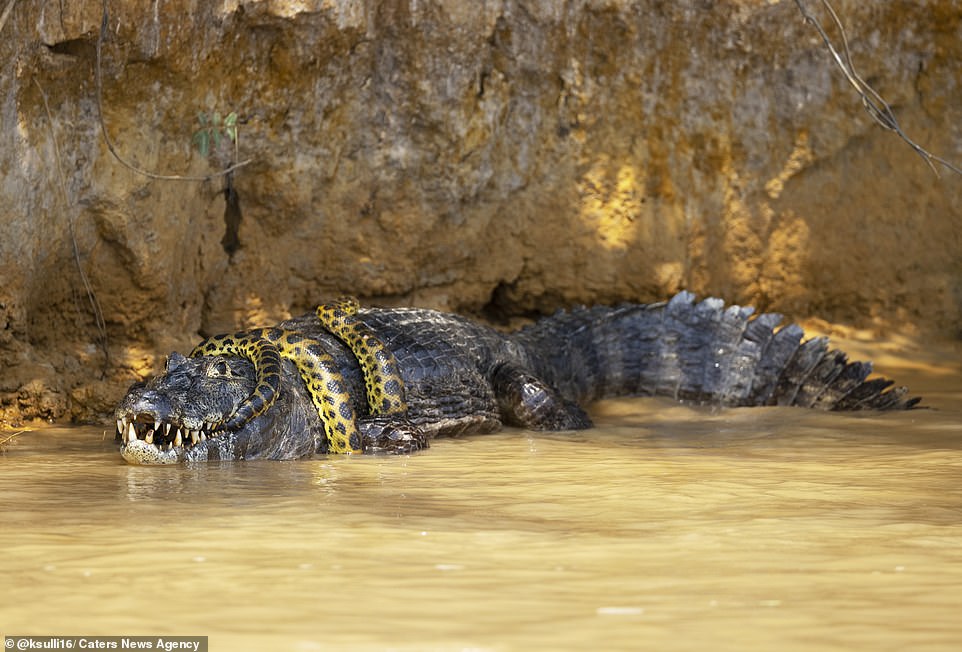 Kim said in a bid to escape the tight grip of the anaconda, the caiman went underwater where the snake struggled to get air and eventually loosened its grip 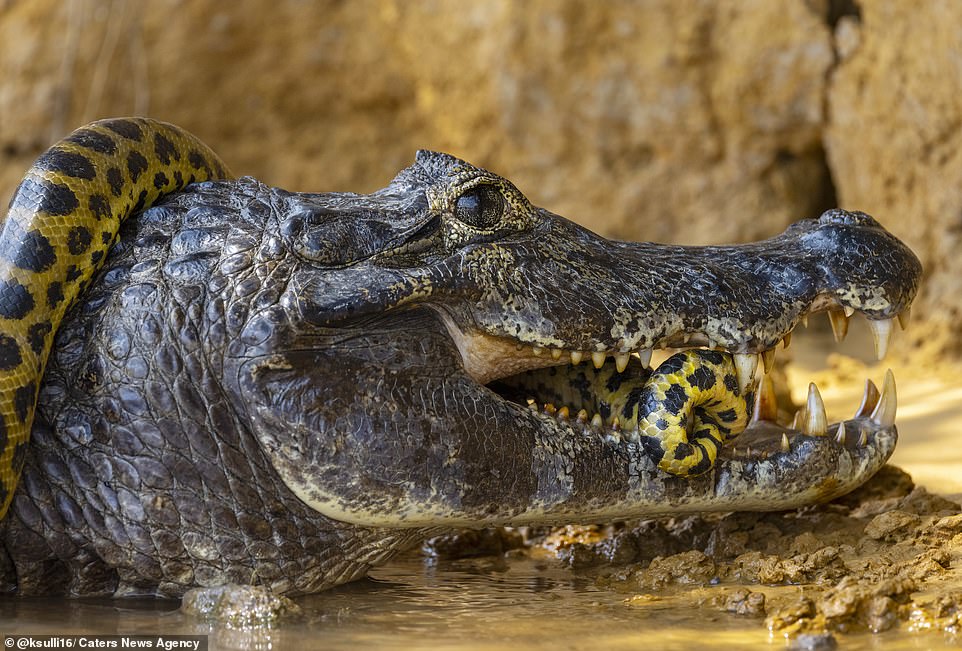 She said: ‘The caiman came up still constricted by the snake and then went down again for a long time. This time it came back up free, and we did not see the snake’ 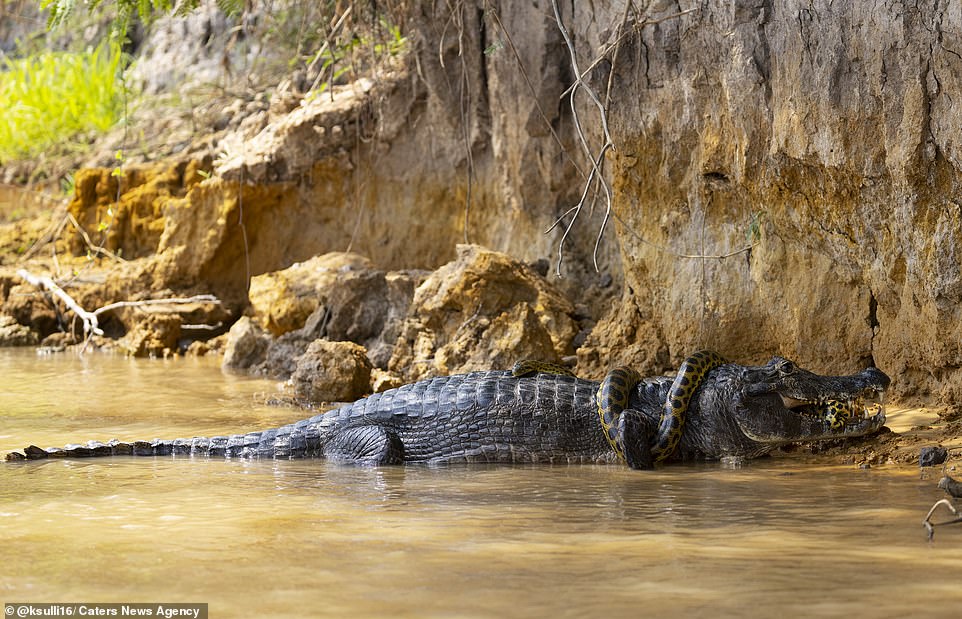 Kim revealed there was no victor, saying: ‘The caiman calmly came back to the bank… we finally saw the anaconda come up on the riverbank and slither back into its hole’

Democrats send heavy hitters to boost McAuliffe, amid anxiety over his race

Elon Musk slashes price on Bay Area mansion by $5.5m to $32m after vowing to rid of possessions

“He just lost it”: Addressing the epidemic of…