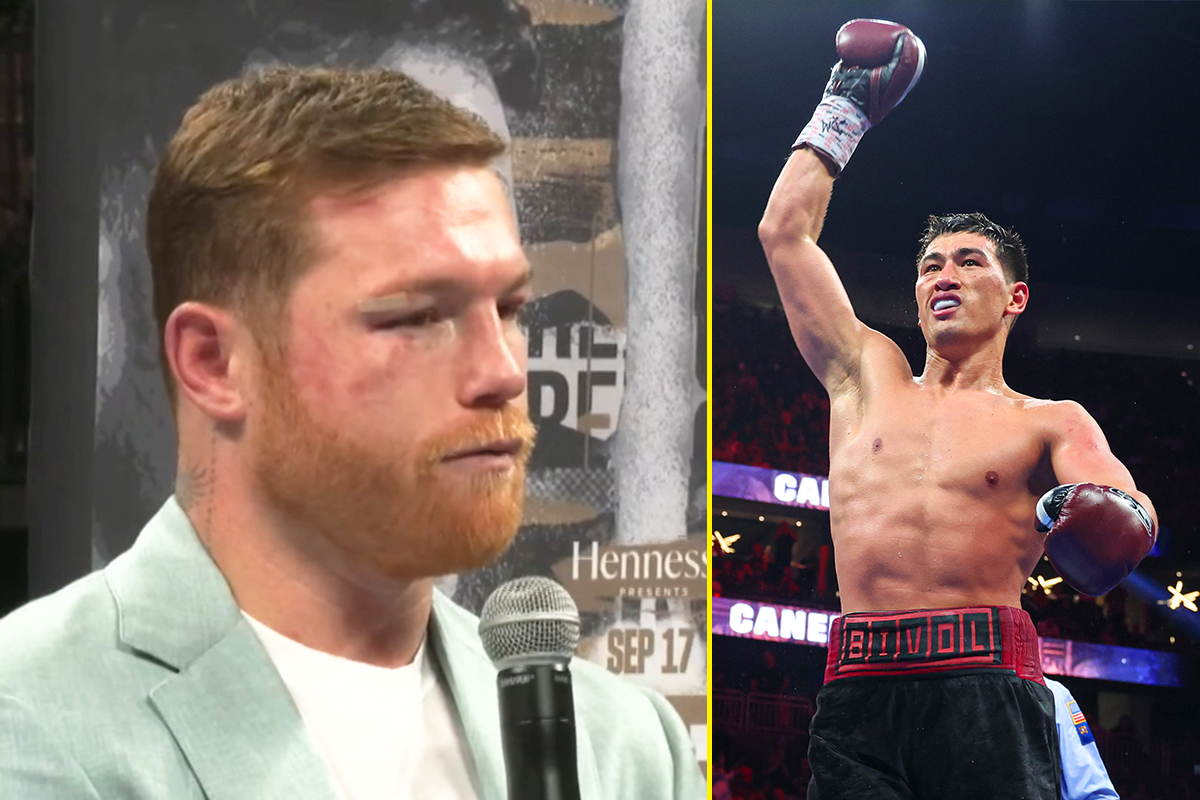 Canelo Alvarez briefly forgot that he’d been beaten by Dmitry Bivol earlier this year while he was speaking at his post-fight press conference after beating Gennady Golovkin on Saturday night.

The Mexican star got back to winning ways as he outpointed his Kazakh rival in their Las Vegas trilogy showdown.

Canelo dominated the bout from the very early stages.

Golovkin offered little in the first half with the Mexican winning every round on the scorecards of many fans and media at ringside.

GGG showed a late resurgence as he took control of round nine and made the latter sessions more competitive.

Despite this though, many believed Canelo had done enough to win 10 or 11 of the 12 rounds.

This victory was particularly important as it followed on from a surprise defeat for Canelo back in May.

Prior to this year, he had not been beaten since suffering his first career loss to Floyd Mayweather back in 2013.

And it was so unexpected that even the man himself momentarily forgot about it on Saturday night.

When asked a question about opponents potentially feeling more confident that they beat him, Canelo replied at the post-fight press conference: “Look, everybody can see it outside of the ring that they can beat me.

“But nobody – – very few people can beat me.

“It’s very difficult to beat me.”