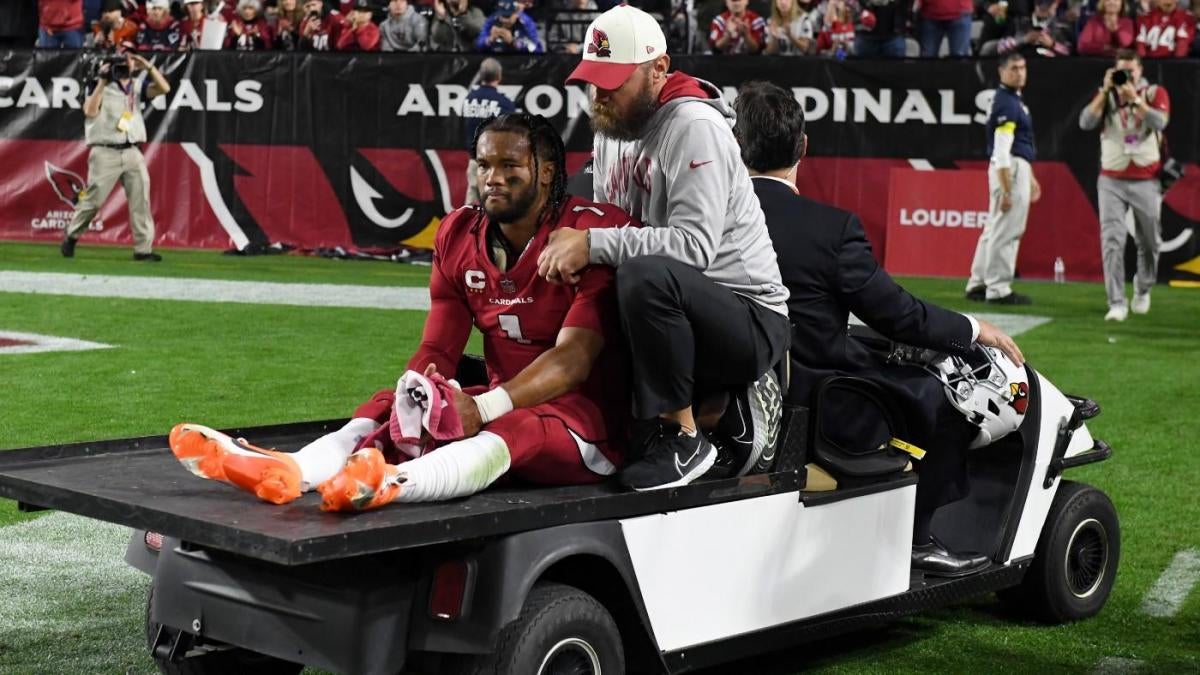 The Cardinals hoped to prove themselves offensively Monday night against the Patriots, who boast one of the NFL’s stingiest defenses under Bill Belichick. Just three plays into the prime-time matchup, however, Arizona lost its quarterback, Kyler Murray, to a non-contact knee injury. The former No. 1 overall draft pick scrambled on the Cardinals’ first drive of the game, only to have his right knee seemingly buckle on the way to the turf. Carted to the locker room and replaced by veteran backup Colt McCoy, Murray is believed to have suffered a torn ACL, according to Mike Jurecki.

The Cardinals initially ruled Murray questionable to return, though the QB looked dispirited as he was carted off, covering his head with a towel as teammates consoled him. McCoy, who fumbled on his first series taking over under center against New England, previously started two games in place of Murray this year, going 1-1 while the latter recovered from a hamstring injury. Early in the second quarter, the Cardinals officially ruled Murray out, leaving McCoy to fill in for the remainder of the contest.

An MRI and additional tests will confirm the severity of Murray’s injury. A torn ACL would sideline the QB for the remainder of 2022 and potentially part of the 2023 campaign considering such damage typically requires nine to 12 months of rehabilitation. Murray has battled injuries in each of his four NFL seasons since entering in 2019, sitting out three games in 2021 due to ankle issues. An ACL tear, however, would represent the most significant medical blow of his career, and potentially prompt Arizona to rely on McCoy, or another veteran replacement, into next season.

Murray, 25, just this offseason signed a five-year, $230.5 million contract extension that ties him to Arizona through 2028. He has also endured controversy for much of the year, notably feuding with Cardinals brass before signing his new deal, publicly lambasting reporters over coverage of contingencies in his contract, and drawing outside criticism for his leadership during the team’s 4-8 start.