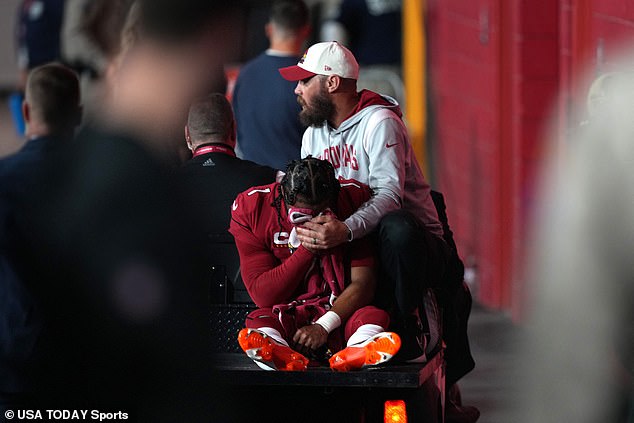 By Tyrell Feaster For Dailymail.Com

Arizona Cardinals star quarterback Kyler Murray was carted off the field during Monday Night’s game against the New England Patriots.

Murray was scrambling to his right on the games third play from scrimmage when he attempted to plant and cut off his right leg and crumbled to the ground.

After laying on the ground in clear distress for several minutes Murray was placed on a cart surrounded by teammates and coaches and placed a towel on his head before being driven to the locker room.

Murray was ruled out for the game at the start of the second quarter.

NFL Network reported midway through the second that the immediate fear was that Murray suffered a serious knee injury and was set to undergo an MRI amongst other tests.

The QB already missed two games this year while dealing with a hamstring injury and will likely miss more time pending the diagnosis of his knee injury. 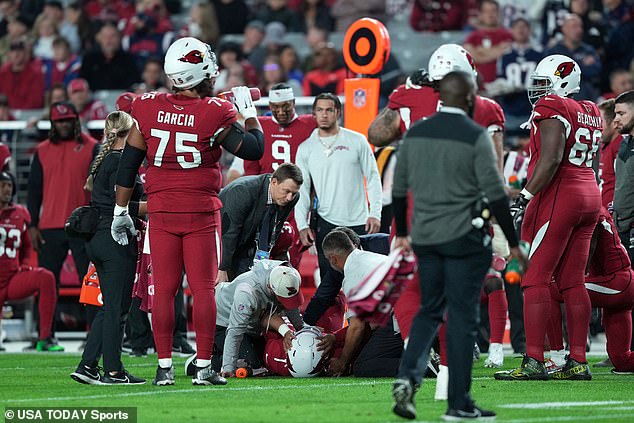