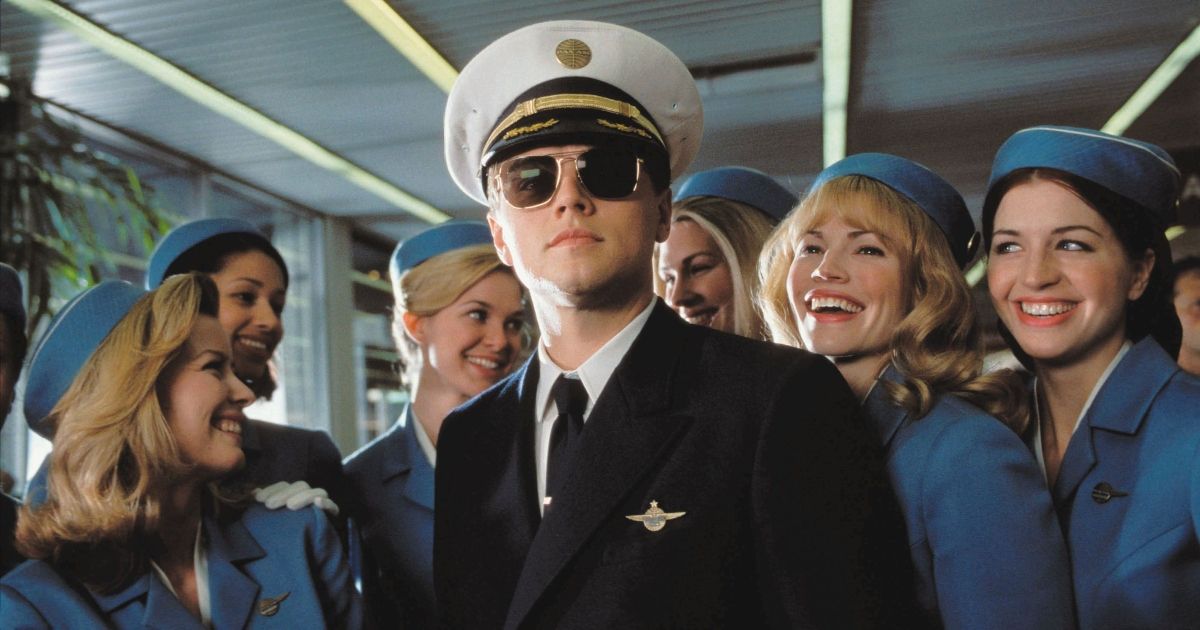 The world was collectively stunned by the escapades of the Tinder Swindler, shocked by The Puppet Master, and startled by Billy McFarland. However, they don’t make them like Frank Abagnale anymore. In a 2017 interview, he told the Wall Street Journal that it’s significantly easier to be a conman in the modern era than it was when he was at the height of his infamy, due to the inception of the internet and the ease of cyberattacks.

The fraudster, who posed as a doctor, lawyer, teacher, and most pre-eminently, a commercial airline pilot, defrauded millions out of companies in the process. A man of great charisma, shameless audacity, and a charming nature made him one of the most likable career criminals on the FBI’s most wanted list. Steven Spielberg directed a biographical comedy-drama based on the autobiography of the titular character, who had claimed he was a self-made millionaire by 19. Later this year Catch Me If You Can turns 20, four years older than young Frank was when his life as an artist of the con kind very literally, took flight.

The Real Fresh Prince of Pan Am Air

Living in the leafy suburbs of New Rochelle, New York, Frank was an only child raised by his father and namesake, Frank Abagnale Sr. (a minor conman himself), and French mother Paula. Frank Jr. develops a taste for swindling, initially posing hilariously as a substitute teacher and chauffeur. Following the devastating revelation that his mother had been having an affair with his father’s friend, the news of their imminent divorce sees Frank become a runaway.

Drastically running out of money, Frank conceives the idea of imitating a Pan Am airline Pilot, while fraudulently cashing in counterfeit checks. Leonardo DiCaprio is simply sublime in his portrayal as the slick, shrewd, sharp-witted, and wise beyond his years Frank Abagnale Jr. DiCaprio’s on-screen presence really captures Frank’s youthfulness, and the degree of charm and conviction required to pull off such an elaborate stunt, not just once, but over a thousand times. As they say, the sky is the limit.

Catch Me If You Can Roots For the Criminal

Usually, fraudsters are a detested breed, low-lives who have the propensity to prey on the vulnerable. Conversely, Frank is anything but detestable. We are positioned on his side of the fence, as he goes from profession to profession, emulating Doctors during surgery, and as a Lawyer during a trial, this is in part down to him just being a cheeky, misguided adolescent, but also down to the fact he’s targeting these massive, often tax-dodging corporations who in a skewered kind of way, almost deserve it.

There is this vulnerable innocence to DiCaprio’s presentation of Frank, which rears its head from time to time just to remind the audience of his tender age, from being offered a drink in the cockpit, with Frank endearingly requesting milk, to his line, “Please get in touch with Joanna Carlton in the tenth grade, and tell her I’m sorry I couldn’t take her to the prom.”

A True Tale of Cat and Mouse

In this tale of cat-and-mouse infinitely more intricate than Tom and Jerry, DiCaprio is the Jerry, and Tom Hanks is the, well, Tom. The Forrest Gump star assumes the identity of Agent Carl Hanratty who, in a more conventional film of such nature, would be playing the heroic protagonist; instead he shoulders the role of the primary antagonist.

Yet, unlike most antagonistic cops, Agent Hanratty is a likable character with a quiet admiration, bordering on fondness, for his teen adversary who always seems to be one step ahead. Even when Hanratty is faced with a scrambling Abagnale, Frank miraculously manages to deceive his seasoned nemesis by appearing as a Secret Service agent already on the scene.

Hanks is wholehearted in his depiction of Hanratty, forever out of breath as he strides through airport terminals and hotels clinging to Frank’s slippery coattails. He’s fair, deeply principled, and respectful of Frank, even if he is just a kid; if Hanks himself were a man of the law, you’d expect that’s how he’d be. While it may be hard to believe, due to the police force’s reputation, Hanratty is also based on a real person of the same name.

Catch Me If You Can is an effortless watch, striking the balance between comedy, action, and these heart-rending moments so perfectly. There is a real snappiness to its pace, and unlike Frank, it quits while it’s ahead. Importantly, despite its subject being a prolific and subsequently convicted felon, the tone is never too serious, and the humor in what Frank achieves is remarkably well maintained.

In the landscape of true-crime movies and docuseries, in which criminals and cases are explored in such dark depth, Catch Me If You Can is a real anomaly. The film doesn’t get caught up in attempting to make a point as is so often the case with movies that want to add credibility by employing subtle sociopolitical undertones. Catch Me If You Can instead takes pride in its primary purpose — to entertain and to tell a story so unbelievable that, for the object of filmmaking integrity, simply had to be true.