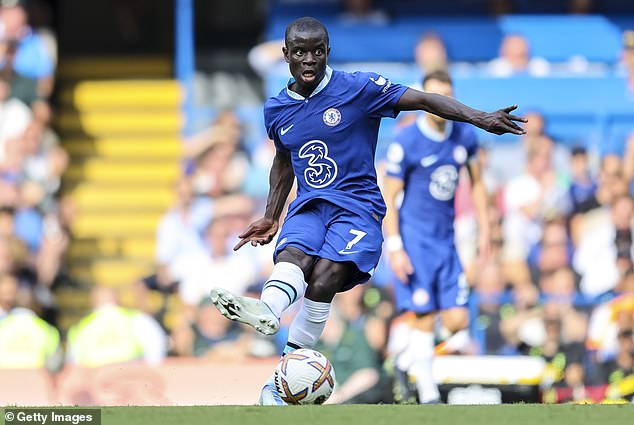 The 31-year-old France international has not played since mid-August after sustaining a hamstring injury and Potter was hopeful of having his influential lynchpin available soon.

However, on Monday night he revealed Chelsea’s medical staff were waiting on the results of tests after Kante broke down in training. 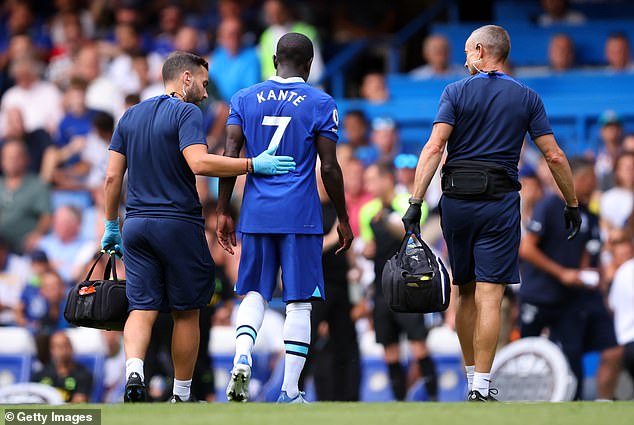 ‘N’Golo, we are just waiting — he has had a reaction in training so we are just waiting on the news from that,’ said Potter. ‘It’s certainly not ideal and it’s disappointing for him and for us. We have to wait and see the extent of it and go from there.’

Potter, who also revealed Hakim Ziyech is unavailable for the game at San Siro as the Moroccan winger has a sore throat, will be hoping for good news with regards to Kante, who remains one of Chelsea’s best players despite his injury problems.

Thiago Silva is set to make his 100th Champions League appearance on Tuesday night after Potter rested the veteran defender in Saturday’s 3-0 win over Wolves. 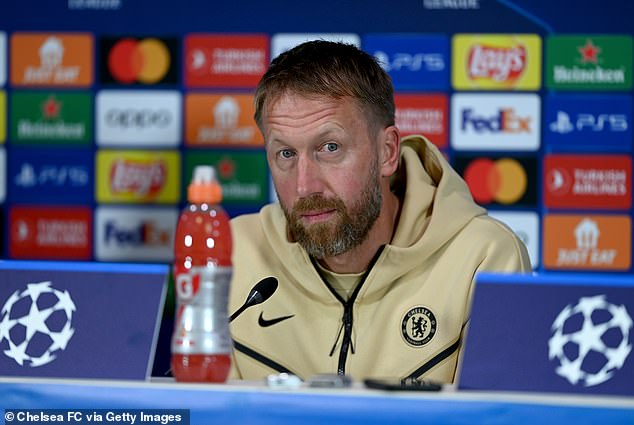 The Brazilian spent three seasons with Milan, winning the Serie A title in 2011 before joining Paris Saint-Germain the following summer, and will receive a warm reception tonight. Silva has been a revelation for Chelsea since his arrival on a free transfer just over two years ago.

At 38, there is doubt over how long he can continue playing, though Potter yesterday said it was up to Silva as to whether he wants to sign another contract before his deal runs out in the summer.

Silva confirmed he aims to decide before the end of the year whether he wants to stay at Stamford Bridge. He said: ‘For sure there will be a time when we need to talk. It could be before the World Cup or after the World Cup because I need to know whether I will have a new contract with Chelsea for my family arrangements.’ 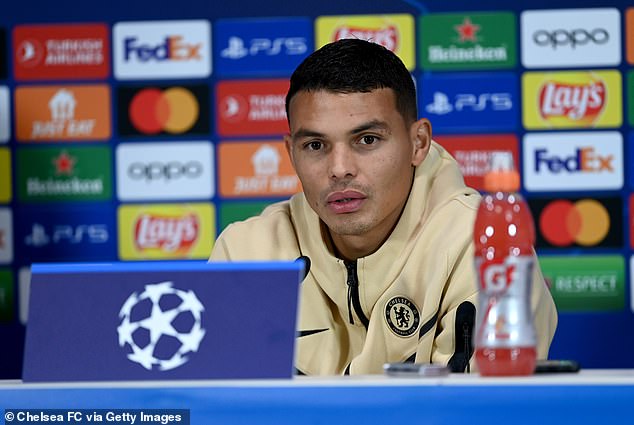 ‘If I don’t have a new contract I will have to decide what to do. For my family it’s an important decision. We will see what happens.’

On Silva’s future, Potter added: ‘The decision is Thiago’s. I’ve been here three or four weeks and I see his qualities. He is an incredible person and player.

‘The amount of respect he has is incredible. All the rest is up to the club and Thiago.’