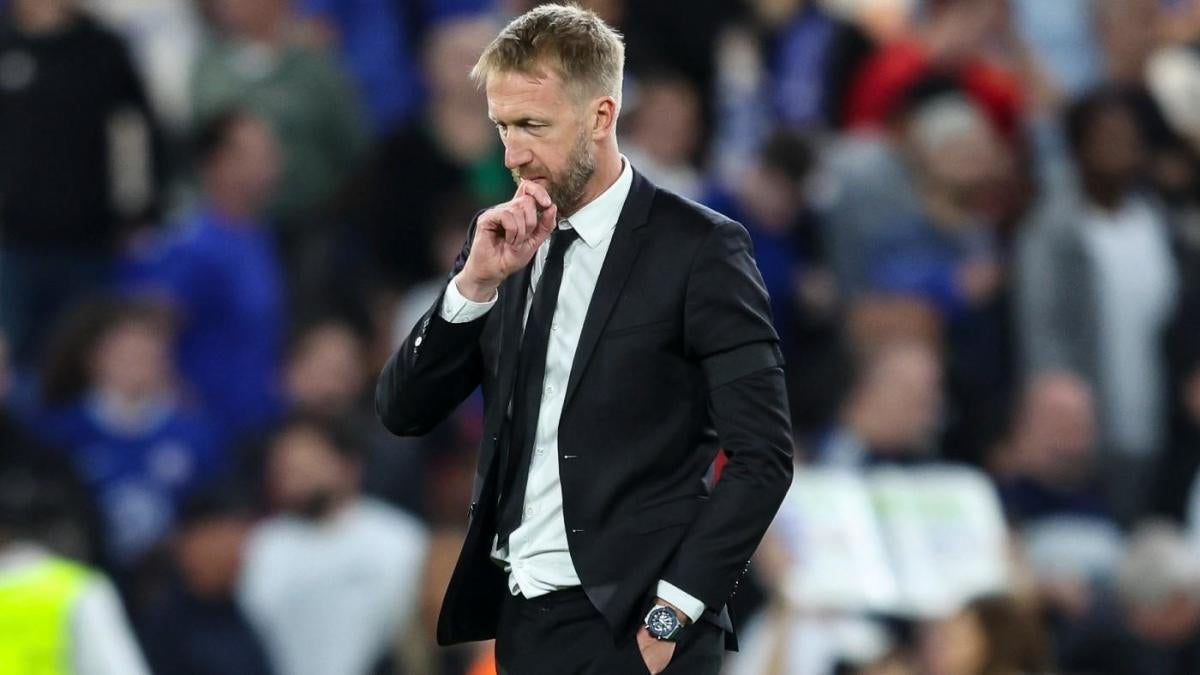 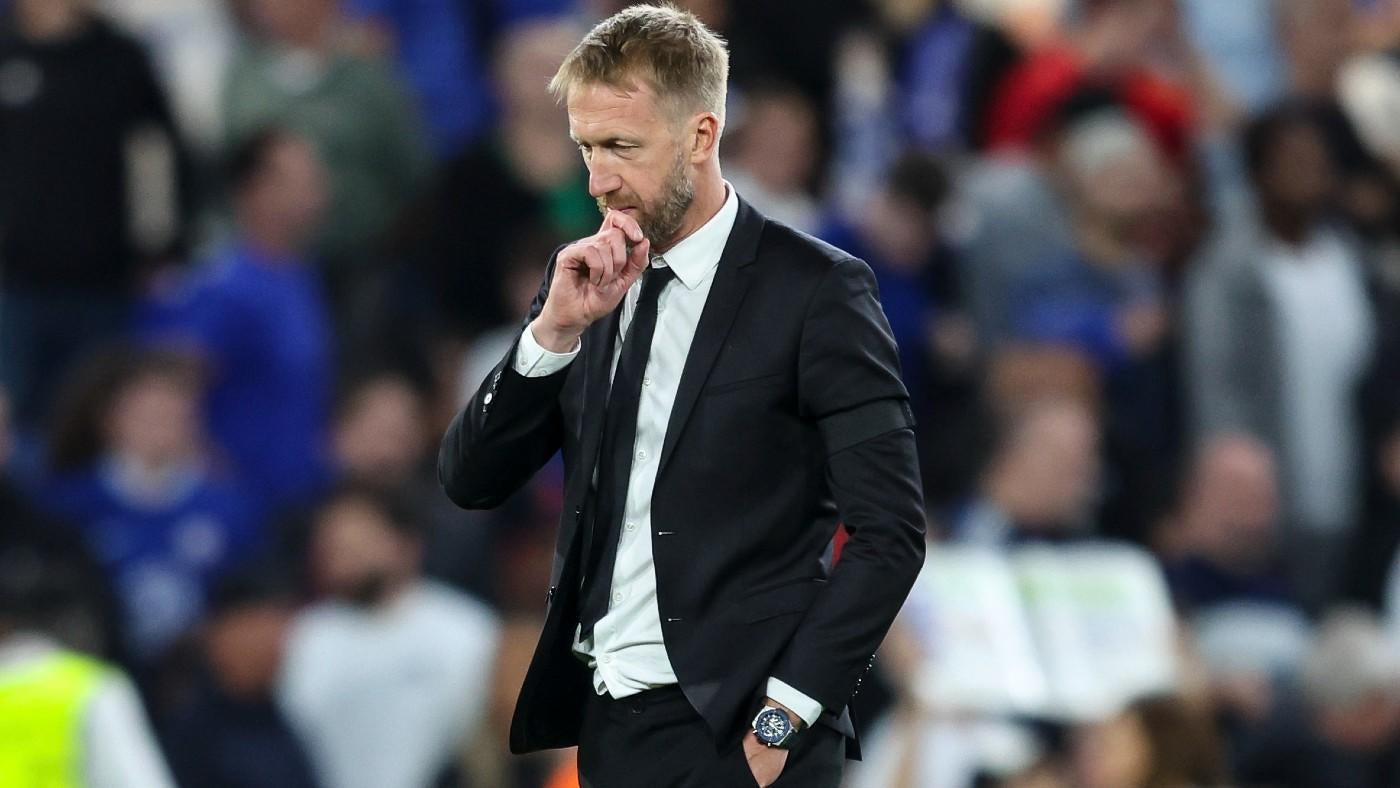 Spare a thought for Thomas Tuchel if he was watching his old flame with their new beau. Loads of possession, elegant build-up, plenty of width but not the shots and goals to reflect all that? He had been delivering that for months on end at Stamford Bridge.

And so Graham Potter’s first game in charge concluded rather as Tuchel’s last act had with a late barrage of shots not enough to save a day where Chelsea failed to make hay when the sun shone. A 1-1 home draw with Red Bull Salzburg to follow the loss at Dinamo Zagreb. It will be a while yet before the new manager can think about matching his predecessor’s Champions League success in his first year. For now, he has to think about getting out of the group.

To do so he needs to address the issues that bedeviled Tuchel from day one to the end of his Chelsea regime. For all the stars that Chelsea can deploy in their attack, they make extremely heavy work of getting good shots away at goal. Not until Hakim Ziyech volleyed straight at goal in the third minute of added time did the hosts better Salzburg’s tally of three shots on target. In the first half, the hosts completed more than three times the number of passes of the Austrian ide, Reece James and Raheem Sterling alone had one fewer touch in the attacking third than Salzburg’s 54. They turned all that dominance into zero shots on target and 0.55 expected goals (xG).

Seventy percent of the ball and 1.01 xG at the final whistle was a meager but familiar return, and there are plenty of holdovers to worry Potter. Mason Mount is still without a goal this season though it should be noted that he looked very at ease with the defensive requirements placed on him in a deeper role. Kai Havertz seems to have all the talent in the world but requires the most perfectly honed of systems to allow him to exploit it. Perhaps most concerning of all was that only when Pierre-Emerick Aubameyang made way for Armando Broja did Chelsea seem to have pace in behind.

Still, every manager is allowed blips early in his tenure. After all, Tuchel’s began with the dropping of Mount, the most emblematic of players of Frank Lampard’s tenure, but the England international was soon in his coach’s best books. And Potter might reflect that his system did plenty to keep Salzburg away from goal until a smart move into space down the left in the 75th minute. Even from then on defenders as experienced as Thiago Silva and Cesar Azpilicueta could and usually will do better than they did in allowing Noah Okafor to score.

Meanwhile, whilst the shooting numbers do not jump off the page, you could sense from the numbers attacking the box in the first half that this might become a more front-footed side. They will still use possession to insure themselves against counters at the back but who have a slightly looser leash, a little more license to get up the pitch and stay there.

Nowhere was the tweak more apparent than on the left flank, where Raheem Sterling found himself lined up. In theory, he was the left wing-back but the Stamford Bridge crowd wouldn’t confuse him for Ashley Cole in his pomp. No tackles, no clearances, no interceptions, three of 11 duels won: for many in his position this would be a disastrous night.

But the statistics that mattered for Sterling were the eight touches in the penalty area, the two shots, and most importantly of all, the 48th-minute strike that fired Chelsea into the lead. He alone stood out as the player you would trust with a big chance on this night so at times it did feel curious that the 27-year-old attacker was withdrawn from the action, though it clearly enhanced the Blues’ build-up play. He would reveal after the game that Potter had tasked him with pinning back young right back Amar Dedic, who scarcely ever advanced beyond the halfway line. With Marc Cucurella free to advance from his left center back role and Mateo Kovacic drifting wide this was the danger zone for Salzburg.

“I think with how we played, the chances we created, we dominated,” said Sterling. “It’s a bad result in the end, but we played some good football at times. I took the chance but we have to finish the job off. It felt like we were in control, but one chance one goal for them.”

In the first half in particular it felt inevitable that more than one goal would come. But then it often does with Chelsea. The goal is coming any moment now, just a second, hang on, it will be with you shortly. And even if it does eventually arrive you’ll have to make do with just one. That cannot be enough, particularly if the defense is not the finely tuned machine that Tuchel forged in the spring of 2021.

As player sales and injuries robbed him of the supremely effective unit that carried his side to Champions League glory, last season it felt Tuchel became ever more obsessed with fixing the defense first. He would get the foundations in place before building a palace fit for his attacking talents. In the end, he was never given the time. In his place, Potter seemed to be trying for something different in the first game of many, trying to spark a fire at the front of his side in the hope it will sweep through any threat his opposition might pose. If that is to work he will need his forwards to finish far more clinically than they were for his predecessor.