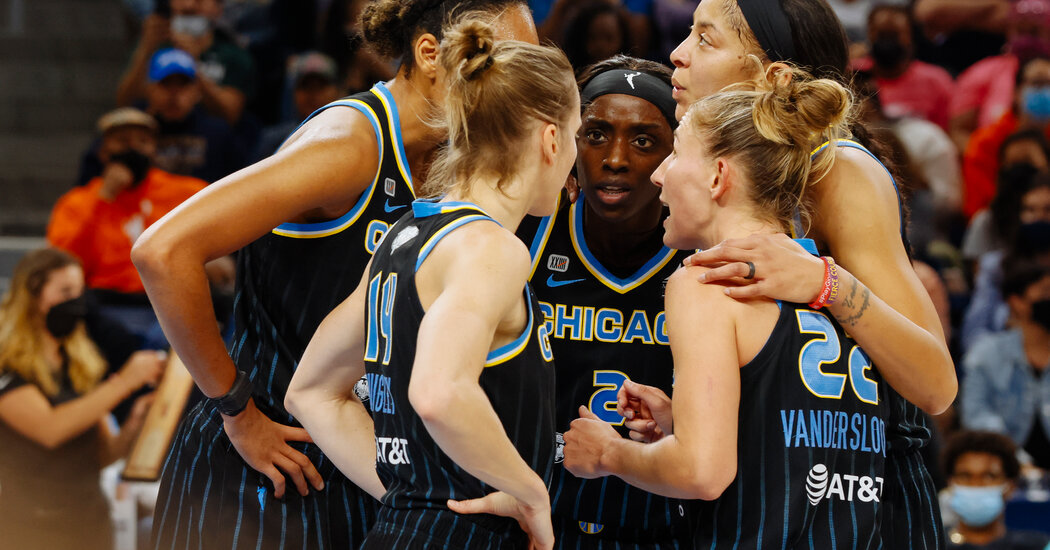 Point guard Courtney Vandersloot, who led the league in assists for the fifth straight year, averaged 9.7 assists per game in this year’s playoffs entering Game 4. She logged a triple double in a double-overtime win over Connecticut — the league’s best defense in the regular season — in the first game of the semifinals, joining the Hall of Famer Sheryl Swoopes as the only players in W.N.B.A. history with a triple-double in the playoffs.

Other Sky players have come through in big ways, too.

Sunday’s title culminated a remarkable rise for Copper, the No. 7 overall draft pick by the Washington Mystics in 2016. Copper was traded to Chicago ahead of the 2017 season in a deal that sent Elena Delle Donne, the Sky’s former superstar forward, to the Mystics. Copper started in just 12 games from 2017 to 2019, fading behind Vandersloot, Quigley and DeShields.

“You have players that work, but you have players like Kah that really, really work, and you see it right way,” Chicago Coach James Wade said after Copper scored a game-high 22 points in Game 3.

It’s a disappointing finish to the season for the Mercury, who last won a championship in 2014, when they swept the Sky for their third franchise title.

Phoenix had a strong season behind Diana Taurasi, the W.N.B.A.’s career scoring leader, Brittney Griner, one of the best centers in the league, and Skylar Diggins-Smith, who has been a fearless scorer and playmaker her entire career.

But though they had kept Phoenix alive in so many critical games up to this point, on Sunday they couldn’t do enough to extend their season for one more game.